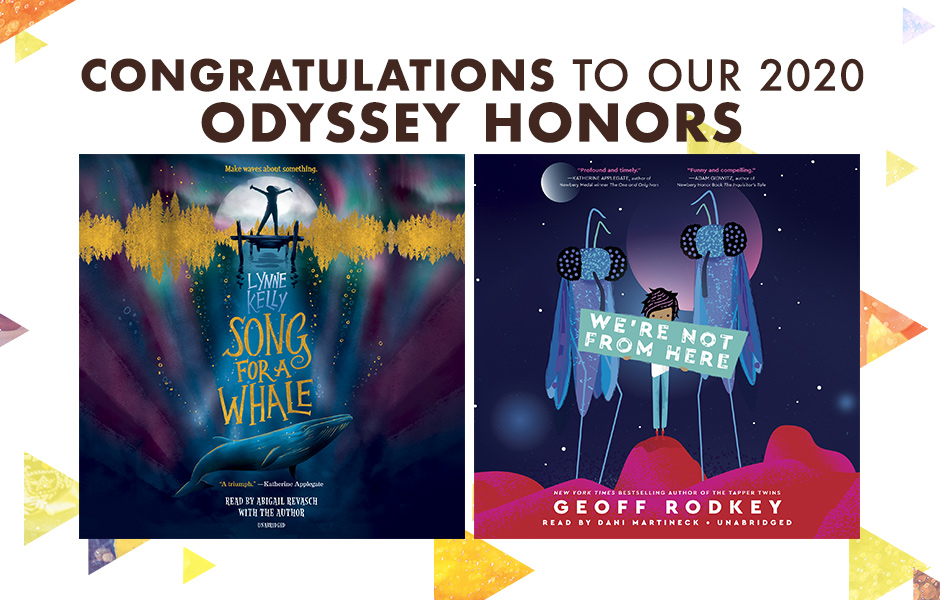 Celebrating Excellence in Children’s Audiobooks:Song for a Whale and We’re Not From Here Receive Odyssey Honors

The American Library Association (ALA) announced the winners of the 2020 Odyssey Award and Honors this morning, including Odyssey Honors for Song for a Whale and We’re Not From Here! The Odyssey Award and Honors are given to the publisher of the best audiobook produced for children available in English in the United States, and is sponsored by Booklist and jointly administered by the Association for Library Service to Children (ALSC) and the Young Adult Library Services Association (YALSA), both divisions of the ALA. Listen to clips of the honored audios below! 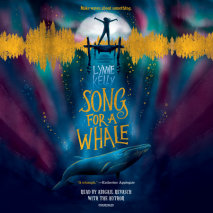 In the spirit of modern-day classics like Fish in a Tree and Counting by 7s comes the story of a deaf girl’s connection to a whale whose song can’t be heard by his species, and the journey she takes to help him. Also the 2020 Winner of the Schneider Family Book Award!

â€śRevasch superbly captures headstrong Irisâ€¦Interludes narrated from the whaleâ€™s point of view are voiced with deep and contemplative tones. The story is followed by two authorâ€™s notes read by the author…will be a hit with middle-grade listeners.â€ť—Booklist 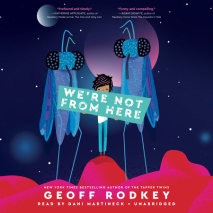 Imagine being forced to move to a new planet where YOU are the alien! From the creator of the Tapper Twins, New York Times bestselling author Geoff Rodkey delivers a topical, sci-fi middle-grade novel that proves friendship and laughter can transcend even a galaxy of differences.

Also named a Booklist Editorsâ€™ Choice Youth Audiobook of 2019: â€śThis audiobook is truly brought to life by non-binary actor Martineck, whose ability to create voices for the multitude of characters (most of them aliens) is an amazing feat.â€ť—Booklist, starred review