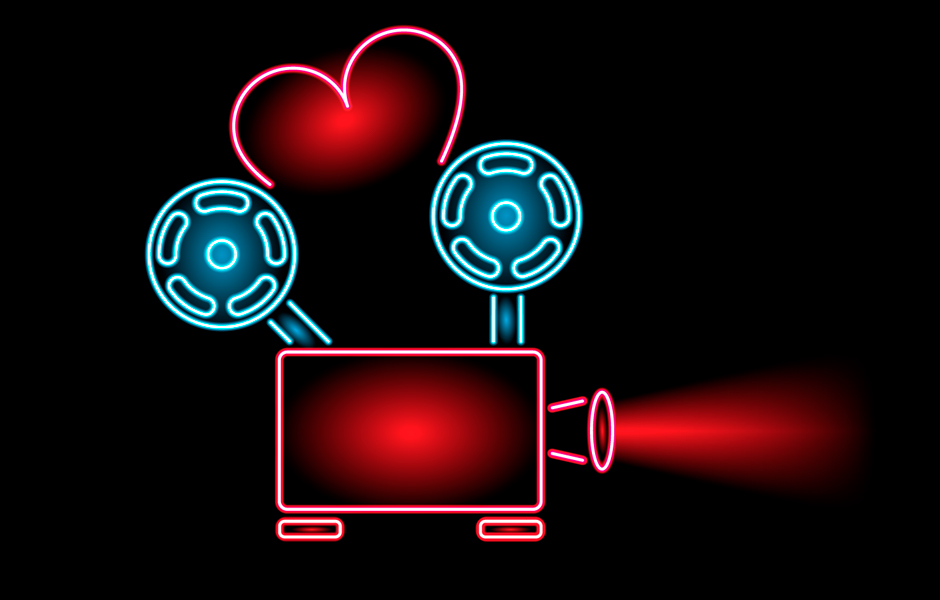 In honor of Valentine‚Äôs Day, we asked the Penguin Random House Audio staff: what‚Äôs your favorite heart-happy movie? And Cupid’s whizzing bow, did we get answers! From steamy romances to meet-cutes, epic historical sagas to buddy comedies to—um—puppies, here are the movies that make us say ‚Äúyes!‚Äù to life, “yes!” to love, and “fine, whatever!” to avocado toast.¬ÝAnd because we couldn’t stop there, we paired each flick with a like-minded audiobook. Now you can have your puppy movies, and listen to The 101 Dalmatians too.

“I would have to say my favorite heart-happy movie is Moulin Rouge. If you haven’t seen it, you haven’t lived. It is everything a romance musical should be. From the gorgeous Nicole Kidman and stunning Ewan McGregor to the energy and impressive visuals to the downright brilliant soundtrack. And the message about love—‘love is like oxygen, love is a many-splendored thing, love lifts us up where we belong, all you need is love’—how could you not swoon?”—Alexis Patterson, Manager, Strategic Events & Special Projects

If you love Moulin Rouge, your audiobook match is The Night Circus 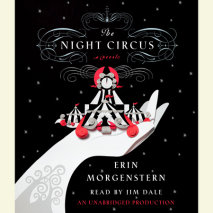 Within the black-and-white striped canvas tents of the night circus is an utterly unique experience full of breathtaking amazements. But behind the scenes, a fierce competition is underway—a duel between two young magicians, Celia and Marco, who have been trained since childhood expressly for this purpose by their mercurial instructors. Unbeknownst to them, this is a game in which only one can be left standing, and the circus is but the stage for a remarkable battle of imagination and will. This spell-binding audiobook, narrated by the legendary Jim Dale, is a feast for the senses—and the heart.

“My heart-happy movie is The Birdcage because who wouldn‚Äôt want to live above a drag club in South Beach with Robin Williams and Nathan Lane? #RelationshipGoals”—Nicole Morano, Manager, Publicity

If you love The Bird Cage, your audiobook match is Believe Me 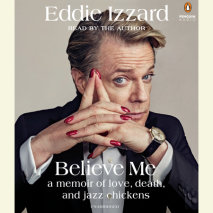 With his brand of keenly intelligent humor that ranges from world history to historical politics, sexual politics, and mad ancient kings, Eddie Izzard has built an extraordinary fan base that transcends age, gender, and race. Narrated with the same candor and insight evident in his comedy, Izzard reflects on a childhood marked by the loss of his mother, boarding school, and alternative sexuality, as well as a life in comedy, film, politics, running and philanthropy. Honest and generous, Believe Me is an inspired account of a very singular life thus far.

‚ÄúMy all-time favorite heart-happy movie is You‚Äôve Got Mail. I‚Äôm a pretty nostalgic person and in a lot of ways, it‚Äôs a love letter to New York. But more importantly, I love how every character is easily someone I could potentially be friends with. For example, when Kathleen and her friends go over a list of reasons as to why Joe didn‚Äôt show up. They don‚Äôt scream, ‚ÄúHe‚Äôs just not that into you!‚Äù In a day and age of Tinder, Snapchat, Instagram DM‚Äôs and who knows what else—who among us haven‚Äôt consoled a friend who‚Äôs been catfished or ghosted? You‚Äôve Got Mail not only taught me to be practical, but also, that change can be a good thing.‚Äù—Ashley Kooblall, Production Assistant

If you love You’ve Got Mail, your audiobook match is The Wedding Date 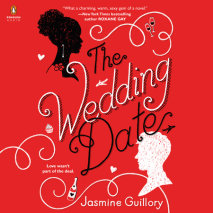 A groomsman and his last-minute guest are about to discover if a fake date can go the distance in this fun and flirty multicultural romance by New York Times bestselling author Jasmine Guillory.

‚ÄúA swoony rom-com brimming with humor and charm.‚Äù—Entertainment Weekly (The Must List)

“ANYTHING WITH PUPPIES! But not Marley and Me. Too sad! Same with Old Yeller.”—Aaron Blank, Executive Producer

If you love puppies, then your audiobook match is The 101 Dalmations

When the Dearly’s Dalmatians have their first litter of puppies—fifteen in all—everyone is delighted. But their joy is shattered when the pups are kidnapped. The humans don’t have a clue as to who the culprit is, but the smartest dogs in London are on the case—and on the trail of the fur-loving Cruella de Vil, who will stop at nothing to have a Dalmatian fur coat! An absolute heart-happy—not to mention classic—audiobook for all ages.

“I have many, but Far and Away with Nicole Kidman and Tom Cruise came to mind first. Because it‚Äôs a happy, romantic, feel-good adventure with some history thrown in to boot! It‚Äôs about a romance that blooms between two disparate people who emigrate to America in the late 1800‚Äôs.¬Ý She‚Äôs a rich, high-society Irish woman who thinks she‚Äôs ‚Äúa modern woman,‚Äù thus refusing the stilted, genteel married life lying before her in Ireland. He‚Äôs a working class Irishman who follows her to America to escape certain death in a duel. They hate each other! But, wind up falling in love. I also love the historical backdrop which takes them from Boston to the Oklahoma Land Rush, and the ultimate triumph of immigrants over adversity to claim their fortune in a new land.”—Theresa Capan,¬ÝAssoc Director, Art/Design

If you love Far and Away, your audiobook match is: The Paragon Hotel 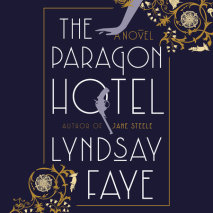 The year is 1921, and “Nobody” Alice James is on a cross-country train, carrying a bullet wound and fleeing for her life following an illicit drug and liquor deal gone horribly wrong. Desperate to get as far away as possible from New York City and those who want her dead, she has her sights set on Oregon: a distant frontier that seems the end of the line. A rich historical adventure brought to life by January LaVoy’s narration.

“My heart-happy movie is Pacific Rim. There‚Äôs nothing quite like watching giant robots smack down giant monsters by using the power of friendship.”—Brieana Garcia, Associate, Marketing Strategy 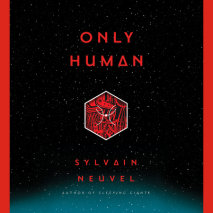 Read by a full cast! Pacific Rim meets The Martian in the explosive follow-up to Sleeping Giants (‚ÄúOne of the most promising series kickoffs in recent memory.‚Äù—NPR) and Waking Gods (‚ÄúPure, unadulterated literary escapism.‚Äù—Kirkus Reviews).

“After much pondering, I‚Äôve decided that my heart-happy movie is A League of Their Own. I love sports movies, and this one about an underrated part of women‚Äôs history is my favorite of all time. Each woman on the Rockford Peaches has such a distinct personality, and together they make a beautiful rag-tag family. Pair that with an amazing cast (that actually played during filming!!) and a script chock-full of one-liners? Home run.”—Erin Murphy, Creative Marketing Assistant

If you love A League of Their Own, your audiobook match is: Girl Squads: 20 Female Friendships That Changed History 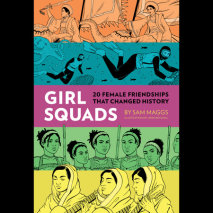 Turns out, the modern concept of a #girlsquad goes back a long, long time. In this hilarious and heartfelt audiobook, geek girl Sam Maggs takes you on a tour of some of history’s most famous female BFFs. Spanning art, science, politics, activism, and sports, these girl squads show just how essential female friendship has been throughout history and throughout the world. Sam Maggs narrates and brings her signature wit and warmth as she pays tribute to the enduring power of the girl squad. The perfect Valentine’s gift for your BFF.

“My Heart Happy movie is the Will Ferrell/John C. Reilly classic Step Brothers. Aside from being generally hilarious, Step Brothers is a heart-warming tale of friendship between two full-grown man-children. If you can watch Will Ferrell‚Äôs rendition of ‚ÄúPor Ti Volare‚Äù without crying, you don‚Äôt have a heart.”—Rob Guzman, Senior Manager, Marketing Strategy

If you love¬ÝStep Brothers, your audiobook match is: Failure is an Option 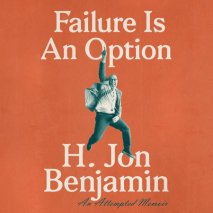 ‚ÄúWriting this funny requires immense talent.‚Äù—AV Club
Written and narrated by H. Jon Benjamin—the lead voice actor behind Archer and Bob’s Burgers—Failure is an Option is a laugh-out-loud listen that helps us all feel a little better about our failures by sharing in the author’s. As Jon himself says, breaking down one’s natural ability to succeed is not an easy task, but also not an insurmountable one. Complete with stories, examples of artistic and literary failure, and a powerful can’t-do attitude.

“I watched The Goonies as a kid, as a teenager, and as an adult. It has it all: comedy, adventure, hidden treasure, light romance, and the joy of friendship. The Goonies will always put a smile on my face‚Äîand I‚Äôll never get sick of watching it.”—Tara Djangi, Senior Manager, Creative Marketing

If you love¬ÝThe Goonies, your audiobook match is:¬ÝAddison Cooke and the Treasure of the Incas 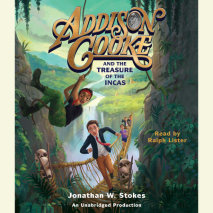 “Combines the derring-do of Indiana Jones with a genuine archaeological mystery. Stokes brings a cinematic scope to the story. This lively debut promises more seat-of-the-pants thrills for readers who love adventure.”—Booklist

If you love¬ÝSchool of Rock, your audiobook match is The Last Kids on Earth 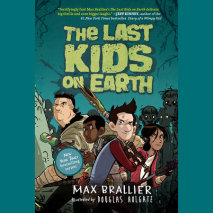 Ever since the monster apocalypse hit town, thirteen-year-old Jack Sullivan has been living in his tree house. But Jack alone is no match for the hordes of Zombies and Winged Wretches and Vine Thingies, and especially not for the monster known only as Blarg. So Jack builds a team. With their help, Jack is going to slay Blarg…or is he? The perfect audiobook for young listeners who dream of starring in their own comic book or video game.

“The first ‚Äúheart-happy‚Äù movie that comes to mind is What A Girl Wants (2003). My mom and I watch this whenever we‚Äôre together and we can probably quote it verbatim: the gloriously cheesy story of New York teenager Daphne, who runs away to London to find 1) herself 2) her long-lost father, who is a prominent politician in the House of Lords. It‚Äôs hugely quotable and includes two particularly swoon-worthy moments: Colin Firth shaking his booty in tight leather pants (my mom‚Äôs favorite moment) and a great line delivered from Amanda Bynes‚Äôs love interest in a gondola in a park: ‚Äúwhy are you trying so hard to fit in, when you were born to stand out?‚Äù—Heather Job, Associate Publicist


If you love What A Girl Wants, your audiobook match is Royals 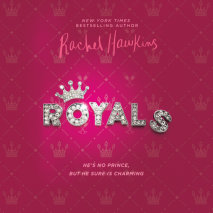 Daisy Winters is an offbeat sixteen-year-old Floridian with mermaid-red hair, a part time job at a bootleg Walmart, and a perfect older sister who’s nearly engaged to the Crown Prince of Scotland. Daisy has no desire to live in the spotlight, but relentless tabloid attention forces her join Ellie at the relative seclusion of the castle across the pond. While the dashing young Miles has been appointed to teach Daisy the ropes of being regal, the prince’s roguish younger brother kicks up scandal wherever he goes, and tries his best to take Daisy along for the ride. The crown—and the intriguing Miles—might be trying to make Daisy into a lady…but Daisy may just rewrite the royal rulebook to suit herself.

Happy watching and listening! To¬Ýkeep up on our staff picks and other audio news, follow us on¬ÝTwitter,¬ÝFacebook, or¬ÝInstagram.