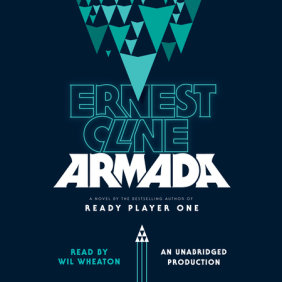 Five Movies to Watch Before Listening to ARMADA by Ernest Cline

After the smashing success of Ready Player One, everybody will be anticipating Ernest Clineâ€™s follow-up novel, Armada. And it does not disappoint. Armadaâ€™s star, Zack Lightman, has spent his life dreaming. Dreaming that the real world could be a little more like the countless science-fiction books, movies, and videogames heâ€™s spent his life consuming. Dreaming that one day, some fantastic, world-altering event will shatter the monotony of his humdrum existence and whisk him off on some grand space-faring adventure. When his dream comes true, and a mysterious Alien force launches a real-life invasion of Earth, itâ€™s Zackâ€™s chance, at last, to play the hero. 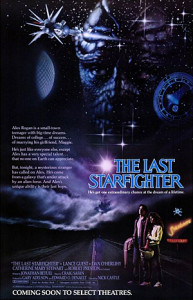 On the surface, there are a lot of similarities between The Last Starfighter and Armada. A teenage boy discovers that his favorite video game is real, and is transported off to an outer space action-adventure. If you want to get the flavor of Armada before the audiobook comes out, this is the best place to start. Featuring VERY primitive computer graphics and a fun, earnest plot, The Last Starfighter is the next best thing to listening to Armada. And there are tons of nods and winks to it in Armada that only you will recognize! 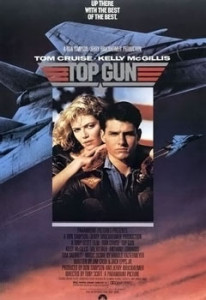 â€śI feel the needâ€¦the needâ€¦for speed! OWW!â€ť The main action in Armada isnâ€™t on the ground â€“ itâ€™s in the sky. And if you want to watch some beautiful aerial combat, there are few better options than Top Gun. Watching Top Gun will be like going through a class of Fighter Pilot 101. Youâ€™ll learn terms like â€ścallsignâ€ť that youâ€™ll also see in Armada. And there might just be a bit of Tom Cruiseâ€™s â€śMaverickâ€ť in Zack Lightmanâ€™s character â€“ heâ€™s a young hot shot with some father issues and a lot to prove. Plus, after watching Top Gun, one prominent Armada characterâ€™s callsign, â€śViperâ€ť will mean a lot more to you. And no, there are no beach volleyball scenes in Armada. 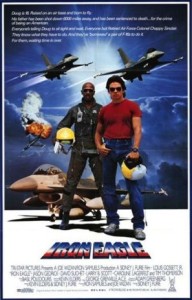 Another movie that shares a lot with the plot of Armada. Iron Eagle is like a combination of Top Gun and The Last Starfighter. When high school senior Doug Masters’s father, an Air Force Pilot, is shot down by MiGs belonging to a radical Middle Eastern state, no one is able to rescue him â€“ not even the US Air Force. Doug finds Chappy Sinclair (played by Louis Gosset Jr.), an Air Force Colonel who hatches a scheme to rescue Dougâ€™s dad no matter what â€“ even if it involves stealing two F-16s and flying their own illegal rescue mission. While it doesnâ€™t involve extraterrestrials, Iron Eagle is an under-rated air combat masterpiece, which also features a high school senior learning what it’s like to fly in an actual air battle instead of a simulator. The similarities don’t end there: in fact, Zack Lightmanâ€™s online callsign is â€śIronBeagleâ€ť in homage to this movie. The soundtrack to Iron Eagle is also amazingly 1980â€™s. After watching Iron Eagle, you might recognize a few of the songs in Zack Lightmanâ€™s â€śRaid the Arcadeâ€ť mix, which you can see here. 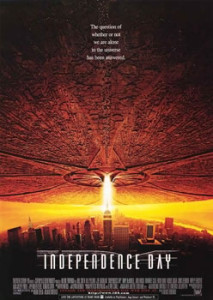 Aliens from beyond the solar system have come to take over Earth? Itâ€™s nothing a handful of jet fighters and a laptop computer canâ€™t fix! Independence Day is not the original Alien Invasion movie, but it is a very fun one. With classic scenes ranging from Will Smithâ€™s â€śWelcome to Earthâ€ť (punch) one-liner to Bill Pullmanâ€™s iconic motivational speech, Independence Day is still fun to watch almost twenty years later. ARMADAâ€™s action takes the Alien Invasion genre to a new level, depicting mankindâ€™s fight across the entire planet, and beyond! 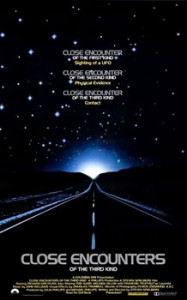 Close Encounters of the Third Kind

Not all Aliens are blood-thirsty invaders! Close Encounters of the Third Kind is one of the first â€śfeel-goodâ€ť movies about extraterrestrials, where theyâ€™re not looking to destroy our cities, but to make peaceful contact. The heroes in Armada are also facing a mysterious extraterrestrial civilization, and first contact has gone terribly wrong. Close Encountersâ€™ theme of peaceful co-existence with extraterrestrials is revisited in Armada. Listen to the audiobook to see whether mankind will choose peace, or war.