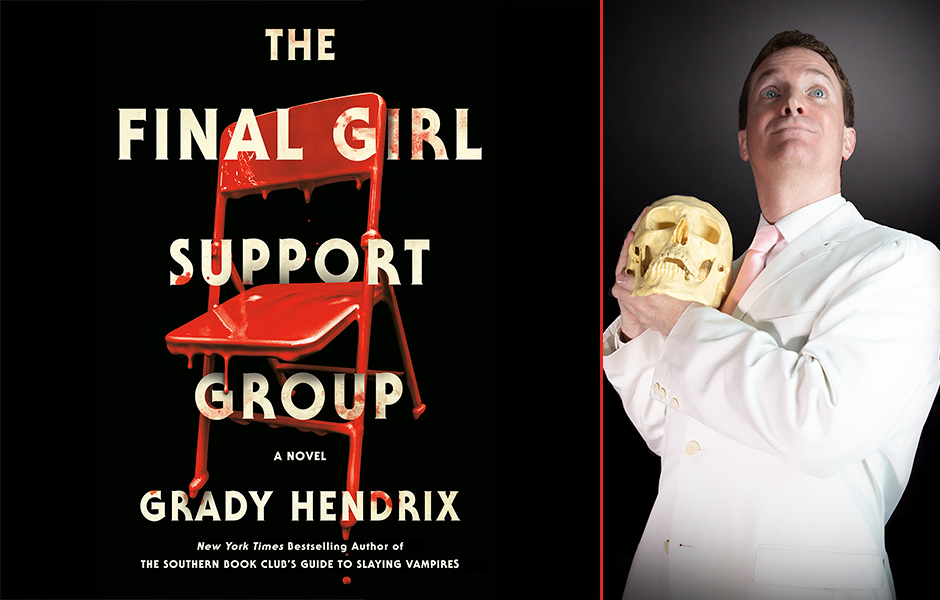 Growing up, I wasnâ€™t allowed to see R-rated movies. For me, horror movies were posters and taglines in the newspaper, or quick flashes I caught on my grandparentâ€™s HBO. After meetings of my Cub Scout troop at church, our cubmaster took us to the Oasis gas station down the stret to buy snacks and one day I spotted an issue of Fangoria. I loitered, I snuck peaks, visit after visit I worked up my courage until I finally convinced him that my parents were okay with me buying magazines with my snack money. I slipped that copy of Fangoria beneath a copy of Premiere, carried them to the counter, and bought my first issue of Fango.

It was 1981, the height of the slasher craze, with that May alone seeing the release of The Burning, Graduation Day, Bloody Birthday, and Happy Birthday to Me. But the one that riveted me was Friday the 13th Part 2. I poured over Fangoâ€™s breathless plot breakdown, gory photos, and corny captions until I was convinced that Iâ€™d seen the movie. I convinced everyone in carpool, too. I was so convincing that five years ago when I sat down to re-watch Friday the 13th Part 2, I realized I was actually seeing it for the first time.

“When I had advance copies of The Final Girl Support Group, I sent one to Adrienne King, the actress who played Alice Hardy in Friday the 13th Parts 1 and 2.”

The movie opens with Alice Hardy, the final girl from Part 1, standing around her depressing kitchen talking to her mom on the phone…and then Jason kills her. The casual cruelty of this blew my mind: sheâ€™d seen all her friends die, decapitated the killer and survived, but she still couldnâ€™t let her guard down. She probably didnâ€™t even know she was in a sequel, she just thought it was another Thursday night. But itâ€™s never just another Thursday night for a final girl. Franchises are relentless, and if you survive one movie, donâ€™t stop. Keep running. The sequelâ€™s already on its way. 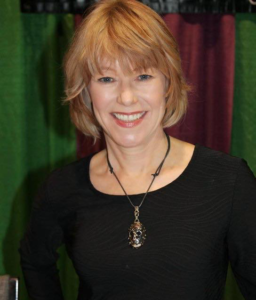 Adrienne King, star of Friday the 13th and narrator of The Final Girl Support Group

When I had advance copies of The Final Girl Support Group, I sent one to Adrienne King, the actress who played Alice Hardy in Friday the 13th Parts 1 and 2, and whose death had stuck with me for all those years. Iâ€™d named one of the main characters in the book after her and I wanted her blessing. She flipped through the book. Then we got on the phone and started talking and she told me about how that scene had been filmed. She was 21 years old at the time and thought she was going to star in the sequel. They didnâ€™t send her a script, but instead brought her to the set in upstate New York for what she thought was the first day of shooting. Actually, it was the last. The whole movie had already been filmed. They fed her the scene line by line so she didnâ€™t know what was going to happen until the stuntman playing Jason stabbed her with the fake ice pick. They filmed her â€śdying,â€ť then put her in a car and took her back to her motel room and left her there all alone. For her, a book about a final girl who could never stop fighting, who was constantly betrayed, who could never let her guard down, didnâ€™t feel like a horror movie, it felt like real life.

“The other narrators had been reading the book; Adrienne lived it.”

The audiobook producers for Final Girl sent me audition samples for narrators, and they were all good—but they were trying out for a job. I wanted passion. I gave Adrienne a call. Sheâ€™d made her living looping dialogue for movies and TV for decades and found a studio near her house where she recorded an audition for Penguin Random House. It was electrifying. The other narrators had been reading the book; Adrienne lived it.

And for me, it brought this book full circle. From a kid in a Cub Scout uniform standing in a gas station looking at his first final girl getting killed, to meeting the woman in those photos and having her become the voice of my book, it was a long road and one I never realized would let me go back to the beginning and, in some small way, correct the cruelty that started me down this path in 1981.

Listen to a clip of Adrienne King read The Final Girl Support Group: