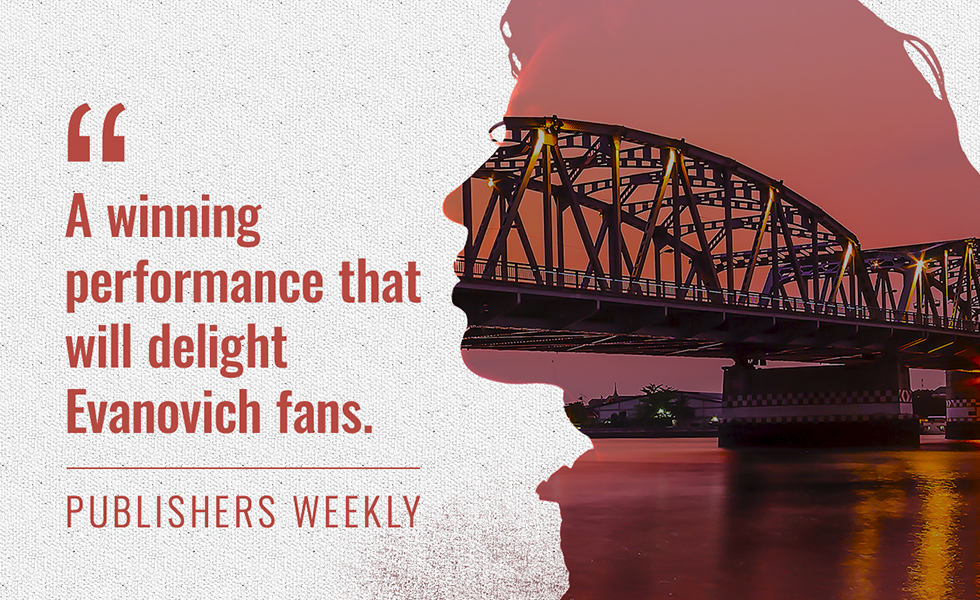 After divorcing her husband, getting laid off from her job as a lingerie buyer, and having her car repossessed, Stephanie turns to her cousin Vinnie, owner of Vincent Plum Bail Bonds. Through a little blackmail, Stephanie convinces Vinnie to give her the bounty hunter job. Over the course of 25 novels Stephanie works to catch criminals who fail to appear in court, and doing so is always an adventure.

“The intricate plot machinery of her comic capers is fueled by inventive twists,â€ť The New York Times writes of Evanovich’s work. Every curveball plot point makes it impossible to take headphones off while listening to Stephanie Plum’s binge-worthy story.

Though the 25 book (and counting) series may seem daunting, Lorelei King‘s narration moves the story along at a steady pace, making it almost too easy to speed through Evanovich’s work. King, who has recorded more than 200 audiobooks and is the recipient of multiple narration awards, brings Stephanie’s ventures to life.

“What can I say – Janet is the Queen!” King writes on her website.”Recording her books has been one of the highlights of my career and I’ve come to love the characters she’s created like they were my own family!” Falling in love with Evanovich’s characters has made King’s gift for narration even stronger, according to praise for the Stephanie Plum series of audiobooks.

“King delivers screwball dialogue and madcap antics as smoothly and naturally as, well, a used car salesman delivers his shtick. King is especially strong in her portrayal of Plum’s sidekick, Lula. For her, King’s timing and dialect ooze attitude and conjure images of dramatic eye and neck rolls,” Audiofile Magazine wrote of her continued performance in the series.

Don’t miss a single moment of the wild tales of Stephanie Plum, all available here. Listen to clips from the latest additions to the series: