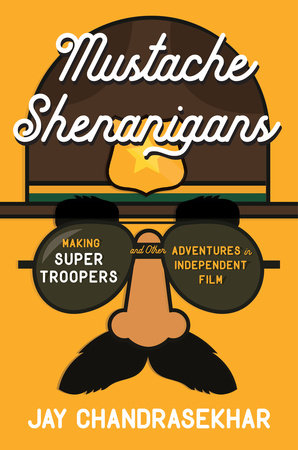 Mustache Shenanigans is the new audiobook from the hilarious actor, director, and writer Jay Chandrasekhar. For the first time in his own voice, fans will hear the history of his comedy troupe Broken Lizard and the madcap story behind the production of the cult film Super Troopers. Along with Broken Lizard, Chandrasekhar has produced and directed several beloved movies, including Beerfest and Club Dread. They are currently hard at work on the follow-up to Super Troopers, aptly named Super Troopers 2.

Meow listen to a clip.