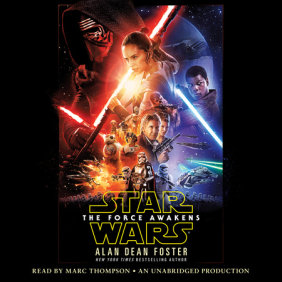 We are super-psyched that veteran Star Wars narrator Marc Thompson will be reading the audiobook version of the highly anticipated Star Wars: The Force Awakens. 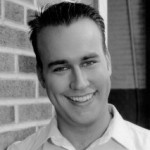 Star Wars narration credits to his name including titles within The Legacy of the Force, The Old Republic, and the Fate of the Jedi series as well as The Thrawn Trilogy and The Hand of Thrawn Duology. Â The novel adaptation of “TFA” is written byÂ New York Times bestselling science fiction author Alan Dean Foster.
Set years after Return of the Jedi, this stunning new action-packed adventure rockets us back into the world of Princess Leia, Han Solo, Chewbacca, C-3PO, R2-D2,and Luke Skywalker, while introducing a host of exciting new characters. Darth Vader may have been redeemed and the Emperor vanquished, but peace can be fleeting, and evil does not easily relent. Yet the simple belief in good can still empower ordinary individuals to rise and meet the greatest challenges.

The digital audiobook for The Force Awakens releases with the movie on Friday, December 18th, 2015. Â So see the movie and then listen to the story!