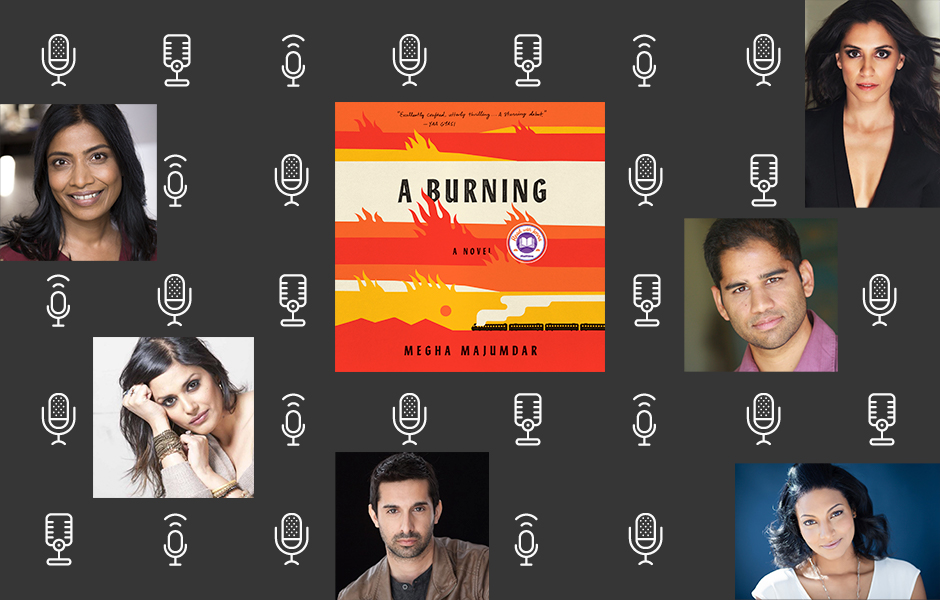 Meet the Cast: A Burning by Megha Majumdar

Debut author Megha Majumdar’s novel A Burning is tearing it up: an instant New York Times bestseller and a Today Show #ReadWithJenna Book Club Pick, the novel takes place in contemporary India and follows the lives of three central characters in the wake of a horrific event. In short, it’s exactly the kind of novel that makes for a riveting full-cast production, which audiobook producer Aaron Blank called, “an honor to bring to life.” Find out more about the narrators of A Burning—and listen to audio clips of each character they voice—below.

This is a novel of our pandemic times, an exploration of precarity in all its forms…Majumdar excels at depicting the workings of power on the powerless…Fate has rarely been so many-faced, so muscular, so mercurial, or so mesmerizing as it is in A Burning.The New York Times Book Review

Priya Ayyar is a television and film actress with a BFA and MFA from NYUâ€™s Tisch School of the Arts. In addition to audiobook narration, Priya is an accomplished screen and voice actor with specialties in comedy, animation, and narration. Her background is in improv and comedy, having done several network TV pilots and guest-starring roles in series like Arrested Development, Nurse Jackie, Running Wilde, and Law & Order: Criminal Intent. She currently resides in California where she writes and works in television.

Actor, voice actor, dancer, choreographer, and chef, Ulka Mohanty has voiced numerous video games and audiobooks. She is also the recurring voice of Dr. Kapur on NBC Universalâ€™s Ninaâ€™s World and the voice of multiple live shows throughout Disney Worldâ€™s Animal Kingdom theme park in Florida. You can catch her on the TV series The Moodys and in a supporting role in the upcoming sci-fi film Needle in a Timestack. She frequently performs in dance and theater productions all across the globe, and is one-third of the Southern Californiaâ€“based childrenâ€™s dance-theatre troupe The Dancing Storytellers.

Soneela Nankani is a classically trained Brooklyn-based actress. She has performed at many prestigious theaters and is an ensemble member of the award-winning Sojourn Theatre. In addition, Soneela has worked in film and television and has narrated over 60 audiobooks. Soneela holds an MFA in Acting from Columbia University.

Neil Shah is an Audie-nominated narrator and multiple AudioFile Earphones Award winner who has recorded more than 150 audiobooks. He is also a classically trained actor, with an MFA from the Old Globe/University of San Diego Actors Training Program, who has appeared off Broadway and on regional stages, as well as in film and television. He records from his home studio in Portland, Oregon. 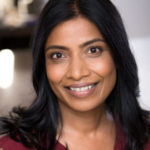 Deepti Gupta (whose audio clip is not included here to avoid spoilers!) is an Audie-nominated narrator and actress based in Los Angeles. Fluent in Hindi and Urdu, her career spans across India, Singapore, Pakistan and the United States. She has earned praise from the New York Times for her performance in the feature film Walkaway, and she also stars in Record/Play, a sci-fi romantic thriller which was a 2013 Sundance Film Festival selection.