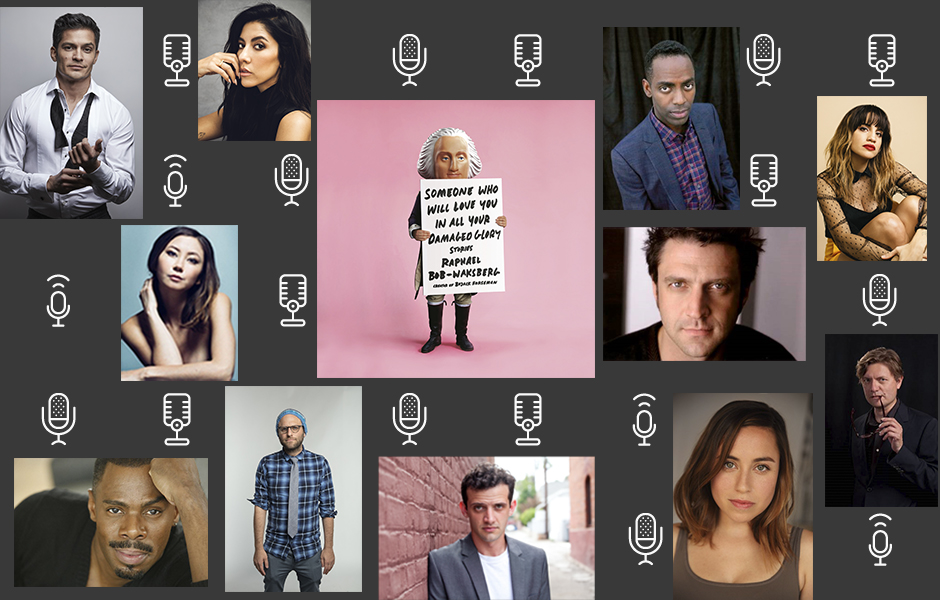 Meet the Cast: Someone Who Will Love You in All Your Damaged Glory

Finding a short story collection that is as moving and fully-formed as your favorite novel can be a challenge. Luckily, Someone Who Will Love You in All Your Damaged Glory fits the bill.

Written by the creator of the beloved television series BoJack Horseman, Raphael Bob-Waksberg, this collection is full of fantastic, dark, and funny stories about love. They’re also expertly narrated by a diversely talented group of actors (as well as the author himself)! In fact, many of these narrators have voiced a character (or two) on Bob-Waksberg’s series.

Raphael Bob-Waksberg is, as we mentioned, the creator and executive producer of the Netflix series BoJack Horseman. In addition to narrating the introductory story, he also narrates the last story in the collection, “We will be close on Friday 18 July.”

Colman Domingo is an accomplished stage and screen actor as well as a writer. You may know him as Victor Strand in Fear the Walking Dead, his role in If Beale Street Could Talk, or his Tony Award-winning role in The Scottsboro Boys.

Natalie Morales is a film and television actress. Some of her projects include: Santa Clarita Diet, The Grinder, White Collar, and Spider-Man: Into the Spider-Verse. You can see her right now on the new television show Abby’s.

James Urbaniak is an actor on both stage and screen; he’s also an accomplished voiceover actor. From The Venture Bros. and Difficult People to Scandal and Elementary, his career spans the gamut. Later this year, you can see him in the film Where’d You Go, Bernadette?.

RaĂşl Esparza is a stage and television actor (and singer). You may recognize him as New York Assistant District Attorney Rafael Barba in Law & Order: Special Victims Unit, or from his many Tony-nominated turns in Broadway plays and musicals.

Baron Vaughn is an actor and comedian. Some of his notable recent roles include Nwabudike “Bud” Bergstein on Grace and Frankie and Tom Servo in Mystery Science Theater 3000.

Will Brill is an actor. Recent credits on television include The OA and The Marvelous Mrs. Maisel. Currently, you can find him on Broadway in the Tony-nominated revival of Oklahoma!.

Stephanie Beatriz is an actress best known for her recent role as Detective Rosa Diaz on Brooklyn Nine-Nine. She’s also been on Modern Family and on stage. Coming up, she’ll be in the movie adaptation of the musical of Lin-Manuel Miranda’s

Emma Galvin is an actress who has appeared in films like A Perfect Fit and on stage in shows like the off-Broadway production of Our Town.

Kimiko Glenn is an actress and singer. She’s most known for her role as Brook Soso on Orange is the New Black. She was also on Broadway in the musical Waitress, and, like fellow narrator Natalie Morales, she was a voice in the acclaimed animated film Spider-Man: Into the Spider-Verse.

Nicholas Gonzales is an actor who you may know from one of the many film and television productions he’s been a part of. He’s appeared in shows like Melrose Place, The Flash, and The Good Doctor.

LEARN MORE ABOUT THE AUDIOBOOK: 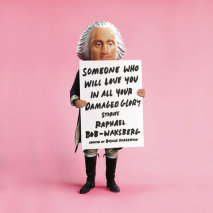 â€śThis book is EXTREMELY MY SH*T. Itâ€™s a deeply weird and hilarious work of genius. I really f**king love it.â€ťâ€”Samantha Irby, author ofÂ We Are Never Meeting in Real Life

â€śWonderfully absurd and unexpectedly moving. . . . Bob-Waksberg successfully tempers the ridiculous with a sharp tug at the heartstrings. . . . These stories are at times poignant and triumphantly silly, but always manage to ring true.â€ťâ€”Publishers Weekly