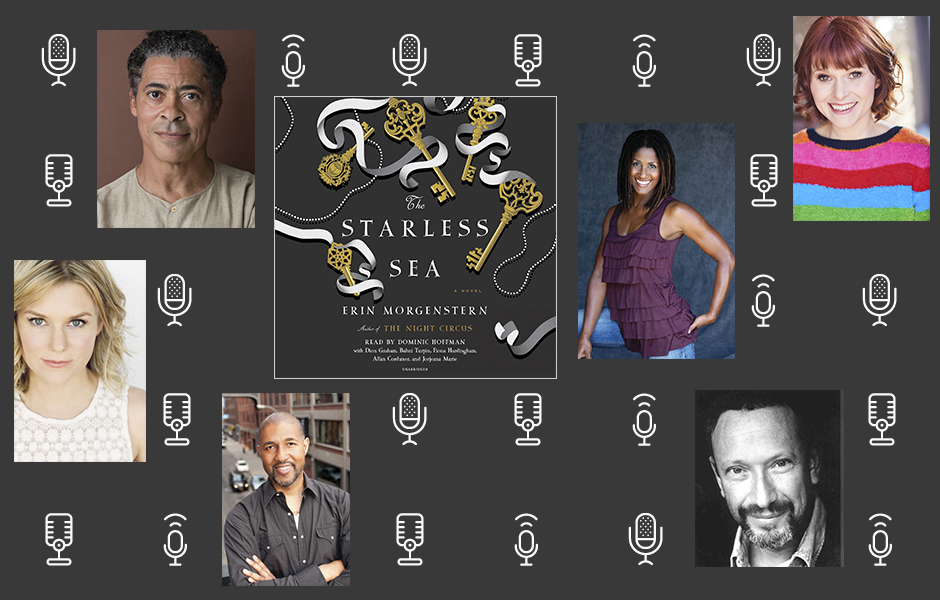 Bestselling author Erin Morgenstern’s new audiobook, The Starless Sea, is here! And much like her previous novel The Night Circus, read by the legendary Jim Dale, The Starless Sea is an audio event. This immersive, romantic tale features a full cast of narrators, each reading a unique story thread.

Listen to clips from the interwoven storylines below, and discover the talented voices lending stardust to this tale of a Vermont graduate student who falls out of his life and into a place of wonder. Prepare to sail the Starless Sea.

Dominic Hoffman is a Los Angelesâ€“based actor of stage, screen, and television. With a degree in English literature, he has appeared in such television shows as The Shield, NYPD Blue, and The Jamie Foxx Show. He attended the London Academy of Music and Dramatic Arts as well as the American Conservatory Theater.

Dion Graham, from HBOâ€™s The Wire, also narrates The First 48 on A&E. A multiple Audie Awardâ€“winning narrator and critically acclaimed actor, he has performed on Broadway, off Broadway, internationally, in films, and in several hit television series.

Bahni Turpin is a Los Angelesâ€“based audiobook narrator and actress with many television and film credits. Bahni is a two-time Odyssey Award winner and a two-time recipient of the Audie Award for Best Solo Female Narration. She was named an Audible Narrator of the Year in 2016, and The American Library Associationâ€™s Voice of Choice for 2017, and in 2018 she was inducted into the Audible Hall of Fame.

Fiona Hardingham is an award-winning actress and audiobook narrator whose credits include work in film, television, and theater. She is the recipient of several AudioFile magazine Earphones Awards and an American Library Association Odyssey Honor.

Allan Corduner is a character actor who has worked extensively in theater (in London’s West End and on Broadway), and in television as well as in film. He has also appeared in several BBC Radio 4 plays, including The Resistible Rise of Arturo Ui and Insignificance.

Jorjeana Marie has narrated numerous audiobooks, starred in the TV movie Listen to Grandpa, Andy Ling, and performed as a stand-up comic. Her voice can be heard in such video games as Final Fantasy, Crackdown 2, and Star Guardians. 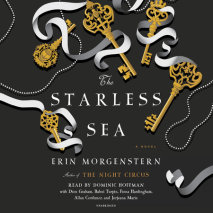 From the New York Times bestselling author of The Night Circus, a timeless love story set in a secret underground worldâ€”a place of pirates, painters, lovers, liars, and ships that sail upon a starless sea.