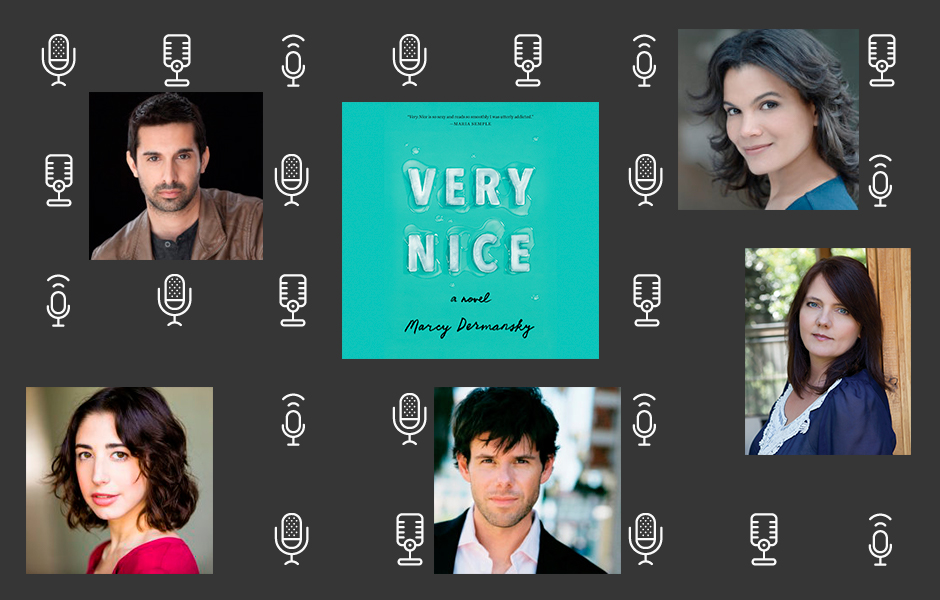 In her fourth novel, Very Nice, Marcy Dermansky deftly traverses our cultural landscape of identity, art, and politics. Set against the backdrop of bustling Manhattan and the sprawling Connecticut homes of the wealthy, her portrait of a novelist, his student, her mother, and a very spoiled standard poodle is a biting and darkly humorous literary take on the times we live in.

Dive head first into this summer listen by meeting the cast and enjoying exclusive audio clips featuring each character.

Johnathan McClain has appeared in numerous television series, including 24; Scoundrels; Medium; CSI; Law & Order: SVU; Without a Trace; and CSI: Miami; among others. He has also been heard as a contributor to the Public Radio International series Fair Game and appears on the TV Land original series Retired at 35.

Cassandra Campbell is a prolific audiobook narrator with more than 700 titles to date. Winner of four Audie AwardsÂ® and nominated for a dozen more, she was a 2018 inductee into Audibleâ€™s inaugural Narrator Hall of Fame. She has consistently been an AudioFile magazine Best Narrator as well as a Publisherâ€™s Weekly Best Narrator of the Year. As an acting teacher, she spent five years as a faculty member of the Los Angeles County High School for the Arts and has performed in and directed dozens of plays at theaters across the country.

January LaVoy is a stage, television, and voice actress. She performed on Broadway in Enron and on television in One Life to Live; All My Children; Law & Order; Law & Order: Criminal Intent; Law & Order: SVU; and Guiding Light.

Emily Lawrence is an actor and writer passionate about bringing stories to life. Sheâ€™s narrated nearly 300 audiobooks and has also worked in film, television, and theater. Born and raised in New York, Emily moved to Los Angeles shortly after receiving her BFA in drama from New York Universityâ€™s Tisch School of the Arts. She also had the privilege of living in London while studying at the Royal Academy of Dramatic Art (RADA). Emilyâ€™s greatest loves are acting and reading, so narrating audiobooks is a dream come true. Her other passions include traveling, LARPing, aerial circus, and chocolate.

Vikas Adam is a classically trained actor with numerous credits on stage and in film, commercials, and television, in addition to his over one hundred recorded audiobooks. An Audie AwardÂ® winner and multiple nominee, Vikas has garnered several Earphones Awards and appeared on various best-of-the-year lists for his narration.

Listen to another clip and see what reviewers are saying! 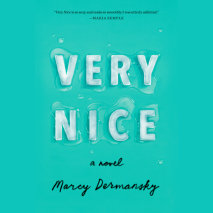 “Very NiceÂ is deceptively polite, a gracious rebuke to every writer who has sworn it’s impossible to write about the times in which we live. Marcy Dermansky found the way in, spotted the connections holding our fragmented world together and made them sing. Her best book to date, which is saying quite a lot.”
â€”Laura Lippman, bestselling author ofÂ SunburnÂ

“This [is a] sexy summer novel, in which writers and other deviants (including multiple poodles) swim and sleep together and get jealous and go about their tragicomic lives. What else is there to do, after all?”
â€“Lit Hub