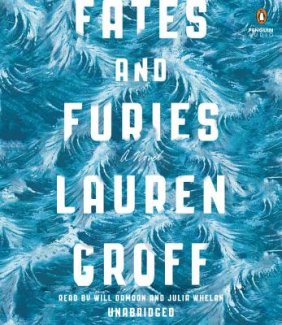 Are you looking for the next big book of the Fall? Look no further! Lauren Groff, theÂ New York TimesÂ bestselling author of The Monsters of Templeton and Arcadia, brings you one of the most anticipated books of the fall.Â Fates and Furies is an exhilarating novel about marriage, creativity, art, and perception.

Every story has two sides. Every relationship has two perspectives. And sometimes, it turns out, the key to a great marriage is not its truths but its secrets. Fates and FuriesÂ explores one such marriage:Â At age twenty-two, Lotto and Mathilde are tall, glamorous, madly in love, and destined for greatness. A decade later, their marriage is still the envy of their friends, but with an electric thrill we understand that things are even more complicated and remarkable than they have seemed. Once you get drawn intoÂ Lotto & Mathildeâ€™s relationship, you won’t be able to stop listening until you know what happens next.

Don’t just take our word for it. The critics are also raving about Fates and Furies:

â€śElaborate, sensual…a writer whose books are too exotic and unusual to be missed.”â€”The New York Times