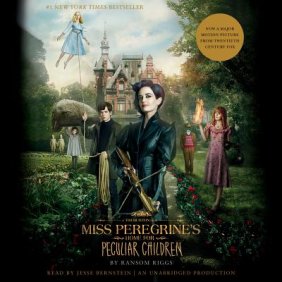 Listeners, prepare to enter the Peculiardom—Hear the story that inspired the major motion picture, plus a new collection of tales full of peculiar history.

Sixteen-year-old Jacob Portman has grown up listening to the peculiar tales told by his grandfather—stories of children with strange abilities who live on a remote Welsch island. He no longer believes these childhood stories—that is, until he travels to the island himself, after his grandfather’s sudden, tragic death. There, he discovers the peculiar children, still living at the orphanage his grandfather spoke about. The children are in danger, hunted by monsters for their special abilities. The more Jacob learns about the island, the more family secrets are revealed and Jacob discovers he might share these peculiar talents—and he may be in danger, too.

A massive New York Times bestseller selected for YALSA’s list of Best Fiction for Young Adults, this audiobook truly celebrates the power of storytelling. Ransom Riggs’ immersive writing and Jesse Bernstein’s “compelling” narration work together to transport listeners to a spellbinding world, filled with some quite peculiar characters. A spine-tingling fantasy, this thrilling listen will delight adults, teens, and anyone who relishes an adventure in the shadows. 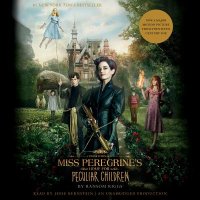 Director Tim Burton brings this peculiar world to life in a new major motion picture with a star-studded cast. Watch the trailer below.

“In addition to creating one of the best titles for a young personŌĆÖs book in recent memory, Riggs has also produced a clever and unusual first-person story of time travel…Narrator Jesse Bernstein is compelling.”—AudioFile

ŌĆ£An original work that defies categorizationŌĆ”Suitable for both adults and a YA audience.ŌĆØ
—Library Journal

Plus, learn the history of the Peculiardom
in this new collection of peculiar folklore.

TALES OF THE PECULIAR is the perfect gateway to this peculiar world for new listeners, and provides a fascinating background of peculiar history for series fans. 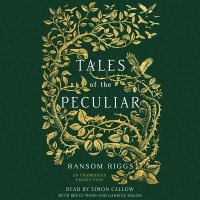 TALES OF THE PECULIAR by Ransom Riggs
Read by Simon Callow

Praise for TALES OF THE PECULIAR:

ŌĆ£Fans of RiggsŌĆÖ Miss Peregrine series will delight over this companion book of peculiar folklore, as will neophytes. Much as J. K. RowlingŌĆÖs┬ĀThe Tales of Beedle the Bard┬Ādid for the Harry Potter series, these stories enhance the mythology Riggs has created around ŌĆśpeculiardom.ŌĆÖŌĆØ—Booklist

ŌĆ£An enticing collection…these tales are alternately droll, somber, and a bit horrific, and theyŌĆÖre sure to appeal to fans of the series.ŌĆØ—Publishers Weekly

ŌĆ£Riggs gives fansŌĆ”a history lesson of sorts in 10 short stories that provide a glimpse into the fascinating past of peculiars and Peculiardom…Recommended for all libraries.ŌĆØ—School Library Journal