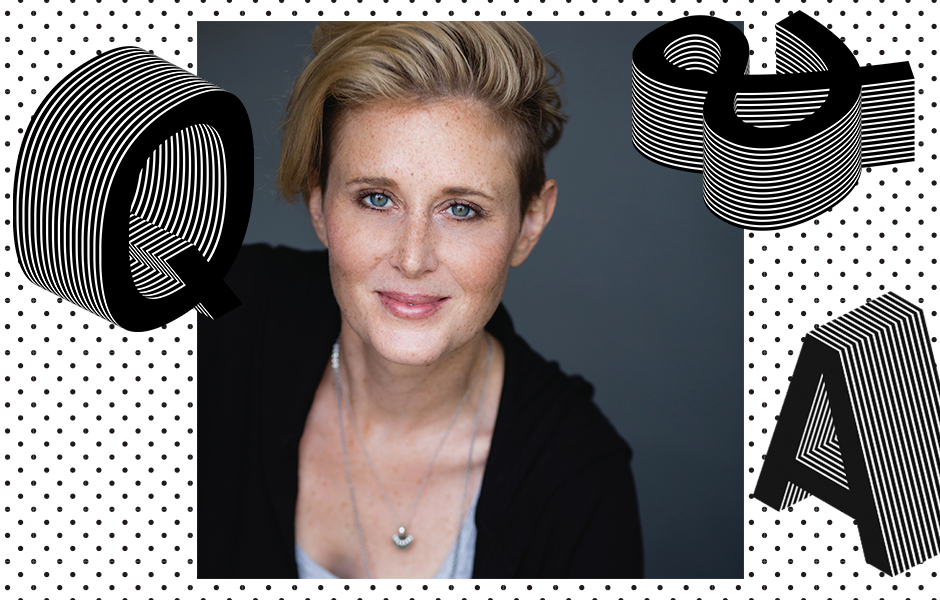 Q & A with Amy Landon, Narrator of American Predator

Even the most seasoned audiobook narrators will occasionally encounter a book that gets under their skin in a way they don’t expect. Amy Landon has narrated over 300 titles, but American Predator by Maureen Callahan stands out. We caught up with Amy to find out more about this deeply disturbing true crime story.

Tell us a little about American Predator, and your experience narrating this audiobook.

Whoooo boy. This is a non-fiction story that gets into the nuts and bolts of a serial killer that I had never heard of before. I found it fascinating, particularly because of how recent it is. I feel like the serial killers we know a lot about and have heard of are from the 60s, 70s, 80s. Whereas this is, you know, 7 years ago. With cell phones, GPS, modern DNA testing, security cameras. The audiobook director and I would take deep dives on recording breaks, looking up photos and video and generally creeping each other out. And then thereâ€™s also the sobering and horrifying side of narrating a book like this: all these people are real. Victims, their families, the federal agents. And Iâ€™d get home and lock the door and check it and recheck it. So yeah.

What part of this book was most challenging to narrate? Could you tell us a bit about those scenes and how you prepared for them?

I think the most challenging parts were the transitions between actual interview text, where youâ€™re narrating a conversation that happened in real life verbatim. Trying to get that level of feeling like these are real people, in real time, having that conversation (without making anyone a caricature) and then sliding from there back into “these are the facts and nothing but the facts” mode. Every once in a while Iâ€™d look out at Kris (the director) to check in: too much? Not enough? Help?!

Was there a character in American Predator that you wish you could know more about/interview yourself?

I mean. Iâ€™d want to interview Israel Keyes, the killer. He left so many questions in his wake. So many threads and stories that as a reader you want the answer to, you want to have it wrapped up in a neat package. But then in real life that rarely happens.

And Feldis. I want to interview Feldis. Why did he make the choices he did? The thing this book also highlights are the flaws in the justice system. And boy did Feldis seem determined to mess things up at every turn. And yet, heâ€™s a real person and an educated guy. Iâ€™d like to hear his side of all of this.

On a lighter note, our July blog theme is “explore.” Is there a book youâ€™ve narrated that helped you explore parts of yourself?

Every book! No but really. For this book, itâ€™s odd, but the killer and I share some similar background. We grew up in the states, members of the same religion (at least for a while), and some of the descriptions of his family are familiar. But I also got to learn about how lucky I was my family wasnâ€™t that extreme.

If you could explore any part of the world, where would you go and why?

Well. Iâ€™ve only got 2 continents left! Australia and Antartica. Iâ€™d love to hit the Great Barrier Reef. Sooooooon. Before weâ€™ve destroyed it.

And last but not least, if you had to pick one, what audiobook would you take with you on vacation?

I could listen to R.C. Bray read The Martian until Iâ€™m blue in the face. For real.

Amy Landon is a classically trained actress and audiobook narrator with over 300 titles recorded. She has a facility in dialects, which she coaches, and is an AudioFile Earphones Award winner and Audie nominee in humor, original work, and romance. Sheâ€™s taught Voice & Speech at University of Missouri: Kansas City and the Stella Adler Studio in New York City. Her voice can be heard in commercials, video games, and film narration.

Listen to a clip of Amy reading American Predator: 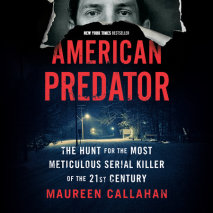 When journalist Maureen Callahan first heard about Israel Keyes in 2012, she was captivated by how a killer of this magnitude could go undetected by law enforcement for over a decade. And so began a project that consumed her for the next several years—uncovering the true story behind how the FBI ultimately caught Israel Keyes, and trying to understand what it means for a killer like Keyes to exist. A killer who left a path of monstrous, randomly committed crimes in his wake—many of which remain unsolved to this day.

American Predator is the ambitious culmination of years of interviews with key figures in law enforcement and in Keyes’s life, and research uncovered from classified FBI files. Callahan takes us on a journey into the chilling, nightmarish mind of a relentless killer, and to the limitations of traditional law enforcement.