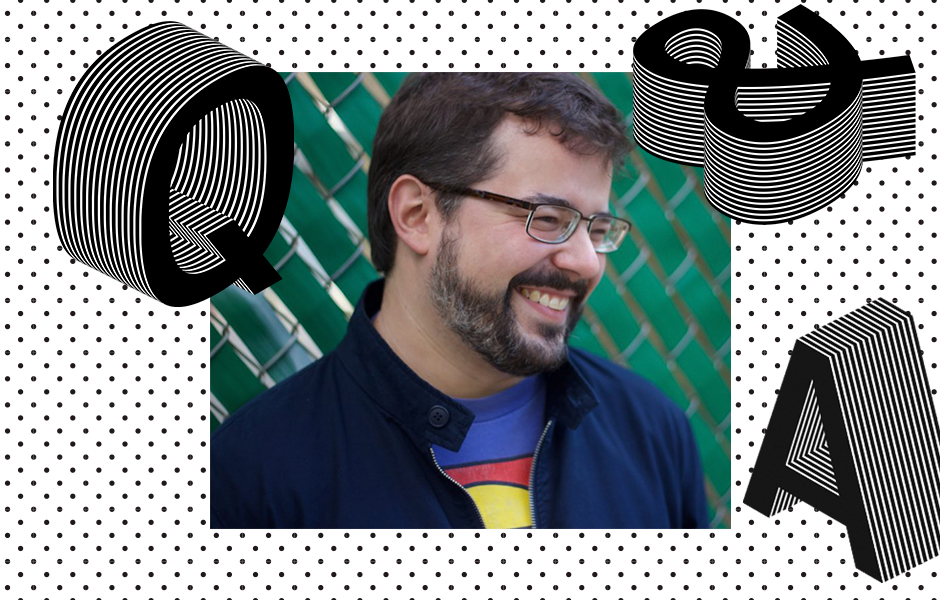 If you want to roll into NYCC like a pro, you have to consult a pro. That’s why we hit up audiobook producer Nick Martorelli, who knows a thing or ten about what to bring, who to see, and where to get your show intel. You can find Nick moderating the panel Star Wars Audiobooks: A Behind-the-Scenes Conversation on Thursday, October 3; that is, when he’s not answering your burning questions right here: 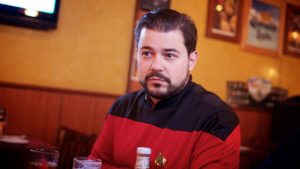 Hi Nick! We know you‚Äôre headed to New York Comic Con on October 3rd. What are the three items or concepts you recommend con-goers pack/download/carry to have a great time?

Only three items? How about three concepts? For me, any NYCC pack needs to have a few crucial things: supplies, a plan, and an open mind. The supplies are easy: take snacks, a water bottle you can refill, a pen, a power bank—anything you think you may need during the day at the convention. I always hit a wall around 3pm, and that’s when I‚Äôm glad to have some almonds or a chocolate bar. A plan is equally important, especially if there are panels, people, or booths that you really want to see. Nothing worse than missing an author you‚Äôd want to meet because you didn‚Äôt realize where they‚Äôd be. I might be old-school, but I love grabbing a printed guide to the show and circling the things on the schedule I want to see. The NYCC app can be helpful, but you‚Äôre out of luck if there‚Äôs service/phone trouble. Give me my paper and pen every time. Equally as important as a plan, though, I think you need to carry an open mind. Let yourself drift through the crowd, wander into panels you might not have considered, and be open to making new friends for the day. I know that not everyone thinks conventions are more fun with other people, but I guarantee that those other people will know about something you don‚Äôt, and you might want to check that something out. 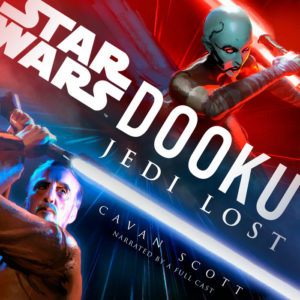 Speaking of a great time, I understand you‚Äôve worked on a couple *ahem* Star Wars audiobooks. Will you be doing some audiotastic Star Wars events at NYCC? Do explain.

It‚Äôs true! I‚Äôve worked rather extensively in the galaxy far, far away. On the Thursday morning at NYCC, I‚Äôm hosting a panel that will give folks some insight into what it‚Äôs like to record a Star Wars audiobook. I‚Äôll be joined by narrators Euan Morton (Tarkin, Dooku), Saskia Maarleveld (Alphabet Squadron), and Marc Thompson (Thrawn: Treason), who will answer questions about how they prepare and what it‚Äôs like to record. All three of them were featured in Dooku: Jedi Lost, so we‚Äôll be talking about that project as well.

For fans who love Star Wars and original audio productions like Dooku, what audiobook would you recommend they listen to next?

If they liked the full-cast aspect of Dooku, they should check out the Illuminae Trilogy by Amie Kaufman and Jay Kristoff—those books are fully voiced and include music and sound effects. We‚Äôve also done a number of adaptations of graphic novels lately, including Cheshire Crossing, Roller Girl, and Max and the Midknights. Or if they are more into music history than science fiction, Daisy Jones & The Six also takes a full-cast approach. 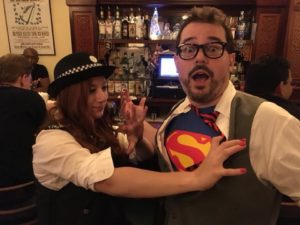 Nick Martorelli as Clark Kent, in the moment his secret identity is revealed!

Are you dressing up for the Con? If yes, please describe your costume down to fake contacts and press-on nails. If no, please justify this decision and describe how you will make up for it with your office Halloween Costume.

Yes, I will be dressing up for the convention. I‚Äôve been wearing costumes to NYCC with friends for years, mostly Star Trek costumes, and this year will be no exception. My true first love is Superman, and I‚Äôll often bring out the t-shirt, white shirt, tie, and glasses to dress up as Clark Kent. It‚Äôs an easy look that I‚Äôve done repeatedly over the years, and it‚Äôs one I‚Äôll probably do again. My dream is to get the full Superman suit one year, which would certainly liven up the office! In past years, I‚Äôve also dressed up as The Shadow, The Spirit, and Sherlock Holmes. There‚Äôs something about my aesthetic that really likes cosplaying detectives in hats.