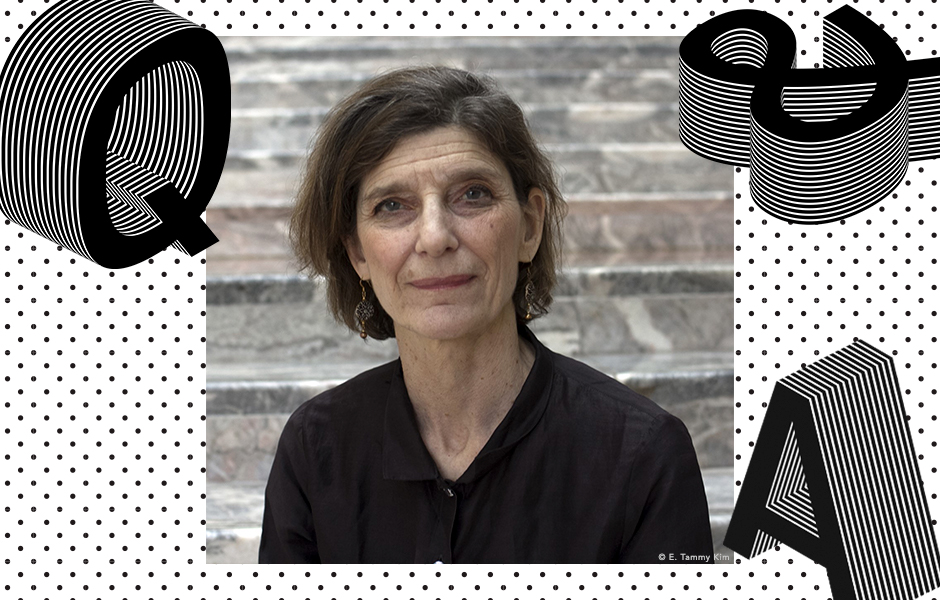 When I first read Elena Ferrante five years ago in Italy, I thought that her books were written for me. Every line in her Neapolitans Novels echoed my experience of growing as a woman in Italy: from my childhood friendships, to my reverence for writing. I quickly realized that the novels were meaningful to many other people, as Ferrante quickly became all we talked about in Italy for years. It took a business trip to New York City for me to realize that â€śFerrante feverâ€ť was an export success. Who made this possible? Who made these Italian stories so appealing to an international audience, and how? The answer is Ann Goldstein.

We asked Ann, legendary English translator of Elena Ferranteâ€™s works, to share more about what it was like to translate The Lying Life of Adults, the authorâ€™s powerful new novel.

The Lying Life of Adults takes place in a very divided Naples: a new bourgeoisie inspired by academic knowledge and socialist ideals lives in the upper part of the city, separated from the lower part of the city, inhabited by a working class moved by faith and passions. How do you think American readers (and listeners!) will relate to divisions like these, especially as they unfold in such a unique physical place?

I imagine that because the story unfolds through the eyes of Giovanna, the teenage narrator, readers will seeâ€”will discoverâ€”the physical city the way she does. The upper city, where she lives, she takes for granted, with its parks and apartment buildings; she makes her way to the lower part first by way of the map, then in the car with her father, and eventually she is able to get there on her own. Along with the physical city she is discovering a different emotional city, and, though Naples is indeed unique, I think that anyone who has ever left home to go to a new place will find if not literally familiar elements at least a familiar process.

Giovanna, the main character, is also split between two families and languages: her parents speak Italian, and engage with her almost as though sheâ€™s an adult. Meanwhile, Giovannaâ€™s auntâ€™s unconventional family often use a regional dialect and even call her by different diminutive names: sometimes Giannina, sometimes GiannĂ¬. As a translator, how do you approach bringing variations in dialect into the English translation?

Ferrante does not actually use dialect, or not much, maybe a word here and there. In any case, translating dialect is difficult, since English doesnâ€™t have dialects the way Italian does. Trying to find some equivalent by means of, say, accents usually ends up sounding false. So in order to add some sort of dialectal indication Iâ€™ve most often used slang or a more colloquial diction. Generally dialect occurs when people are speaking, so that one might in any case use a looser, more intimate language.

In Elena Ferranteâ€™s works, dialect and the names people are called often add a kind of pointed verbal violence to the text and the story. What happens when they are translated?

As I said, Ferrante doesnâ€™t use a lot of dialect, at least not overtly, but readers who know Neapolitan say they can hear a kind of dialectal cadence in the prose. I can hope to convey some sense of this by staying close to the text. I donâ€™t translate names or nicknames, or names of places, so those remain as perhaps a kind of punctuation reminding us that we are in another place, that is, Naples. Nicknames, in particular, are often abbreviated, cut off versions of names, accented on the last syllable, and that perhaps adds a note of sharpness, or even violence: RosĂ  (Rosario), CurrĂ  (Corrado), VittĂ˛ (Vittoria), and of course GiannĂ¬.

In your opinion, what makes a young Italian girl like Giovannaâ€”like the main characters of My Brilliant Friend (and the rest of the Neapolitan Novels)â€”so relatable to readers all over the world?

We have all had in some form the experience of being teenagers and most of us have probably suffered some version of growing up, of becoming disenchanted with ourselves and being disappointed by adults and the adult world. We have had relationships with parents and other adults, and Ferrante is very good at examining these relationships in ways that may remind us of our own but also allow us to see them differently and perhaps more profoundly.

What do you think the audiobook format can bring to the experience of reading The Lying Life of Adults?

There is quite a lot of dialogue in The Lying Life of Adults, and hearing it aloud adds a dimension that one might not get from reading alone, enhancing the differences between the various voices and characters. In general the audiobook reader would bring inflections and emphases that are not necessarily visible on the page; there are many dramatic events and moments in the story and they will surely become especially vivid in the reading.

The Lying Life of Adults is now available on audio, read by actress Marisa Tomei. Listen to a clip: 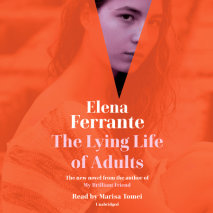