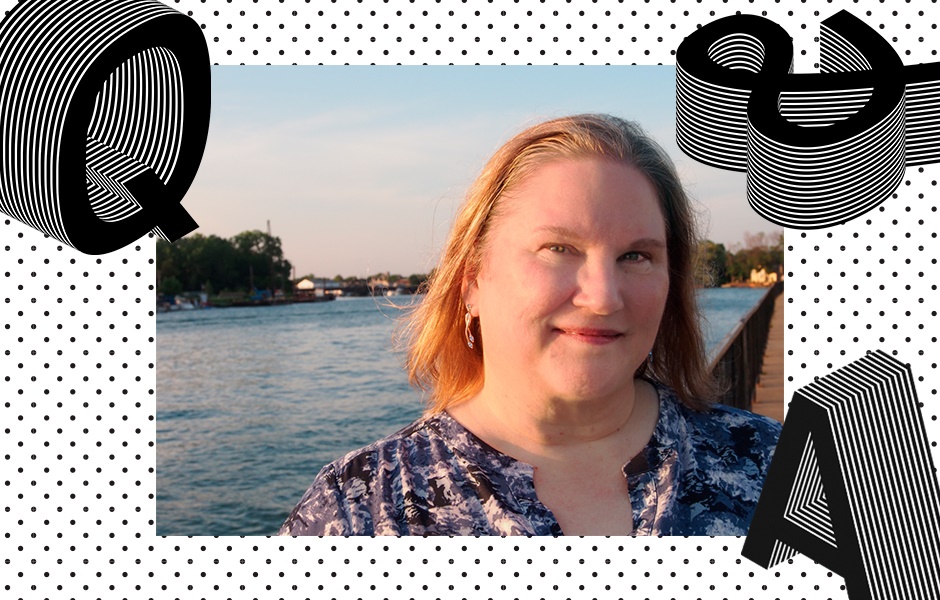 As winter turns to spring we’re celebrating transformations of all kinds, and that most definitely includes the fascinating shape-shifters featured in Wild Country, bestselling author Anne Bishop’s latest audiobook in the World of the Others series. We recently asked Anne to tell us more about her writing process, what it’s like to hear her own books on audio, and, in the spirit of our March transformation theme, what stories have transformed her as a writer. Read on to learn more, and listen to audio clips of both Wild Country and Lake Silence below!

Wild Country takes place in the same world as the Courtyards of the Others series. How does this story intersect with the books in that series and how is it different?

Anne Bishop: Some characters, like Tolya Sanguinati and Jesse Walker, were secondary players in the Courtyard stories and now are major characters in the new story. The towns of Bennett and Prairie Gold were places established in the Courtyard stories as well. The main intersection comes in Etched in Bone, when the Lakeside Courtyard holds a job fair to send humans to Bennett to repopulate the town. One of those humans is Jana Paniccia, who is the primary female protagonist in Wild Country.

How is it different? We‚Äôve left the structure of the Courtyard, which is Others territory within the boundaries of a human city, for a town surrounded by wild country. I tried to give Bennett a bit of Old West flavor with the sheriff and his stalwart deputies defending the town against gunslingers and outlaws. So this story is the Others seasoned with the Westerns I watched when I was young.

Do you ever surprise yourself with the direction a book (or a character) is taking, or do you outline everything from the beginning? Have you ever written a character who went through a transformation that even you as the author didn‚Äôt suspect?

AB: I‚Äôm an organic writer, so I don‚Äôt outline. I begin writing a story when I have sufficient mass‚Äîthat is, I know where the story takes place, who the story is about, what goals and/or conflicts those characters will face, and how I think the story will end. I know significant events in the story. Okay, at least some of them. In order to know the rest, I have to take the journey with the characters because that‚Äôs how I discover the rest of the story. I have plenty of ‚Äúah ha!‚Äù and ‚Äúoh!‚Äù moments as I see how character actions or emotional changes also change how they deal with the conflict or with other characters. Sometimes those insights, which usually show up halfway through the story because characters have developed enough ‚Äúmuscle‚Äù to reveal more aspects of who they are, mean reworking the first few chapters to bring my initial understanding of characters in line with what I know by the end of the story.

What is it like hearing Alexandra Harris narrate your work? Has Alexandra‚Äôs narration ever informed or changed how you think about a character?

AB: Alexandra is an excellent reader, so I always look forward to listening to the audio of an Others book. Hearing the story in someone else‚Äôs voice makes it a step removed from the story as I‚Äôve written it, and that makes it fresh. While that hasn‚Äôt changed how I think about a character, hearing the story has changed how I think about sentence structure because hearing the words in someone else‚Äôs voice reveals all the thunks and clunks that aren‚Äôt noticed when you‚Äôre looking at the page.

When you‚Äôre writing, how do you transition from one character perspective to the next? Is there something that helps you ‚Äúswitch gears‚Äù?

AB: If a chapter is told from a single point of view (POV), then I‚Äôm in that character‚Äôs skin for the time it takes to write the chapter, however many days that requires. When I start the next chapter, I know I‚Äôm going to be in someone else‚Äôs skin, with that person‚Äôs thoughts and feelings and prejudices. If I‚Äôm writing a chapter that has several scenes with different POVs, I take a break between scenes‚Äîget a drink of water, do some stretches, water the plants‚Äîand think about the next person I‚Äôm meeting on the page. Then I settle into that skin (POV) and write that scene.

Is there a certain book, movie, or author that was transformative for you?
AB: Not really, since every book, movie, or piece of music leaves some kind of mark. Some stories bounce off the skin and are barely noticed and some sink down into the marrow. In that way, all stories are transformative to some degree.

Wild Country and Lake Silence are available as both digital downloads and CDs, so pick your listening medium and dive into a fantastical world of magic and mayhem! 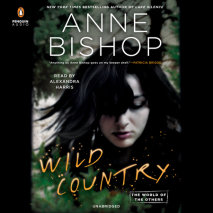 In this powerful and exciting fantasy set in the world of the New York Times bestselling Others series, humans and the shape-shifting Others will see whether they can live side by side…without destroying one another. Bennett is a town surrounded by the wild country where humans and Others live and work together. But as they start to make lives for themselves, the town attracts the attention of other humans looking for profit. And the arrival of the outlaw Blackstone Clan will either unite Others and humans…or bury them all. 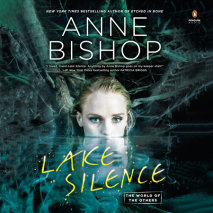 After the Courtyards of the Others series comes this first novel in set in the same world, but featuring Human laws do not apply in the territory controlled by the Others—vampires, shape-shifters, and even deadlier paranormal beings. And this is a fact that humans should never, ever forget…Vicki was hoping to find a new career and a new life. But when her lodger, Aggie Crowe–one of the shape-shifting Others–discovers a murdered man, Vicki finds trouble instead. The detectives want to pin the death on her, despite the evidence that nothing human could have killed the victim. As Vicki and her friends search for answers, ancient forces are roused by the disturbance in their domain. They have rules that must not be broken—and all the destructive powers of nature at their command.