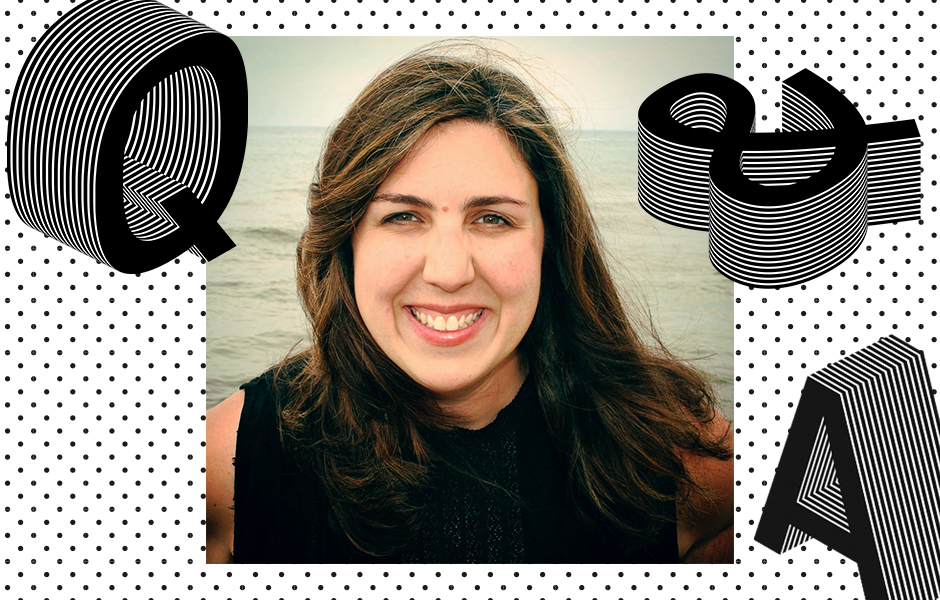 Q&A with Erin A. Craig, author of House of Salt and Sorrows

Erin A. Craig’s House of Salt and Sorrows is a fairytale-inspired young adult novel that is read brilliantly by narrator Emily Lawrence. It’s one of those special debuts that immerses and sweeps listeners into such a beguiling world that they won’t want the story to end.

Discover more about the audiobook and meet author Erin A. Craig:

Tell us about House of Salt and Sorrows.
House of Salt and Sorrows is a young adult gothic retelling of â€śThe Twelve Dancing Princessesâ€ť set on an isolated island estate. The main character, Annaleigh Thaumas, was born the sixth of twelve daughters, but through a series of tragic circumstances she is now the second oldest. Villagers whisper that the Thaumas family has been cursed by the gods, but Annaleigh begins to suspect her sisters have been murdered and sets out to discover who is behind their deaths. When a mysterious door opens, allowing the sisters to slip off the dreary estate to attend beautiful nightly balls, they eagerly go through it, happy to leave their mourning garb behind. As Annaleigh experiences increasingly disturbing visions, sheâ€™s in a race against time to find out whoâ€”or whatâ€”her sisters are dancing with, before the murderer can strike again.

Is there a character you would like to spend more time with, and why?
So many! I loved all of Verityâ€™s scenes and could have written so many more. Sheâ€™s so sweet and absolutely terrifying all at once. Viscardi was also so much fun for me. I pictured Doug Jones playing him in the movie in my mind, and all of his lines came out with a really satisfying flow.

Did you always know you wanted to be a writer?
Iâ€™ve written stories all my life, but I went to college to be a production stage manager. I kept toying with little projects all through undergradâ€”penning some truly swoony and embarrassing fan fiction while I manned the front desk of my dormâ€”but I never thought it would go anywhere. One night, as I was working the closing shift, I got the idea for what would become my first full book and plugged away at it for years, finally finishing it nearly a decade later. I always wanted to try to publish, but there were operas to plan and rehearsals to run. After I had my daughter, I had to go on a stage-management hiatusâ€”tech weeks and newborns donâ€™t jibe too wellâ€”and one day while she was snuggle sleeping on me, I realized I could finally start taking my writing seriously. I polished that book up and started querying it. While it was out with agents, I got the idea for House of Salt and Sorrows and started drafting it during my first Camp NaNoWriMo.â€¦ The rest, as they say, is history!

What sound makes you feel the most nostalgic? Is it someoneâ€™s voice? Is it a song?
My grandfather passed away eight years ago, but my grandmother has never changed their answering machine message. Whenever I call, I get to hear his voice, and for a second or two it feels like heâ€™s still there, just about to answer. Oh how I wish that was so!

What was your favorite book or audiobook as a child?
This is going to date me, but my sister and I had fairy-tale cassette tapes we won by sending in the tops of Jell-O pudding boxes. Weâ€™d play them on the little boom box in our bedroom and absolutely wore out the copy of â€śRumpelstiltskinâ€ť! Weâ€™d listen to it once and immediately rewind it so we could start it again, acting out the parts with as much drama as the voice actress on the tape. Even now, all these years later, I still can remember lines from it!

Listen to a clip of House of Salt and Sorrows: 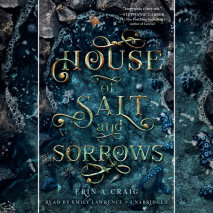 As one by one her beautiful sisters mysteriously die on their isolated island estate, Annaleigh must unravel the curse that haunts her family. Be careful who you dance with….

Interested in reading more Q&As from authors and narrators? Find them here!