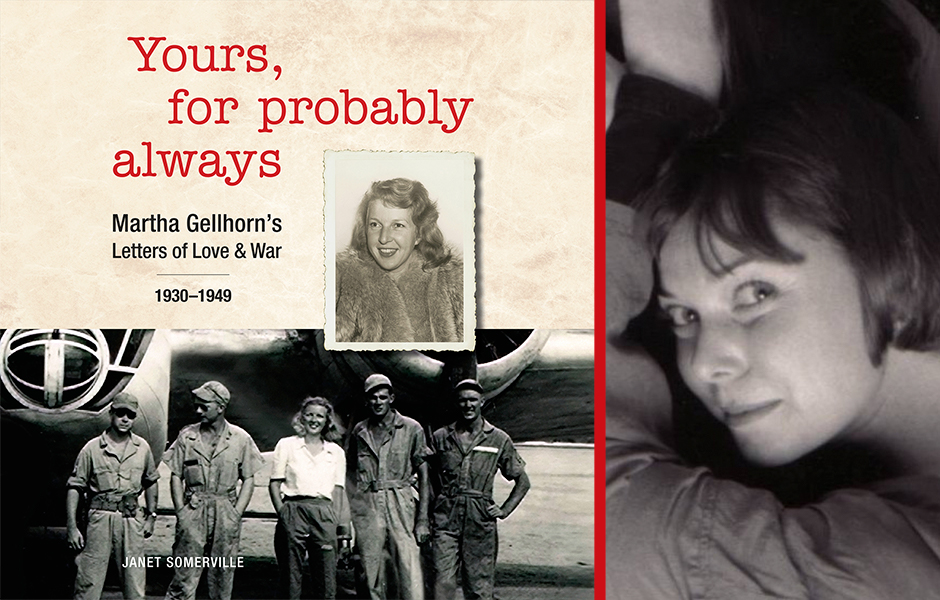 Q&A with Janet Somerville, author of Yours, For Probably Always: Martha Gellhorn’s Letters of Love and War

When watching Ken Burns’ new PBS series Hemingway, you may well find yourself riveted not solely by the antics of “Papa Hemingway,” but also by another luminary (who happened to be his third wife): the fearless, whip-smart war correspondent Martha Gellhorn.

Gellhorn’s marriage to Hemingway was but one chapter in her life of adventure. In Yours, For Probably Always, author Janet Somerville unearths a treasure trove of correspondence from Gellhorn, letters that reveal her unstoppable drive, keen wit, and the depth of friendship she shared with figures such as Eleanor Roosevelt, H.G. Wells, and of course, Hemingway. Even more delightful, Yours, For Probably Always is brought to life in a new audiobook read by Emmy and Tony Award-winning actress Ellen Barkin.

PRH Audio was thrilled to talk with author Janet Somerville about the book, the audiobook, Ellen Barkin’s narration, and how the practice of writing letters weaves a thread throughout Martha’s story—and beyond it.

To kick off this adventure into all things Gellhorn, please tell us a little about Yours, For Probably Always. What inspired you to write the book?

Janet Somerville: After reading What There Is To Say We Have Said, the collected correspondence between Eudora Welty and William Maxwell, I knew some day I wanted to write a book like that—one involving letters and a narrative thread. Through the kindness of a stranger in 2016, I wrote to Martha GellhornŌĆÖs literary executor requesting access to her restricted papers at Boston University. To my astonishment, he granted it and I spent week-long peregrinations there beginning in November 2016 and for the next 18 months, following the great biographer Robert CaroŌĆÖs advice to ŌĆ£turn every page.ŌĆØ

Once I decided how to frame the narrative—I would begin when Gellhorn arrived in Paris in 1930, having dropped out of Bryn Mawr after her junior year, and end when as a single woman she adopted an Italian orphan in 1949—I focused on transcribing her journal entries, manuscripts, and correspondence during those two decades.

Many of her correspondents turned out to be people who shaped the history of their time: Eleanor Roosevelt, H.G. Wells, James Gavin, and Ernest Hemingway, to name a few. The title of the book is lifted from a closing line in one of MarthaŌĆÖs early letters to her lifelong friend Cam Becket. ItŌĆÖs a phrase, to me, that perfectly describes GellhornŌĆÖs lasting friendships, many of which were with former lovers.

Since Yours is in large part a collection of letters, I have to ask, are you a letter writer yourself?┬Ā 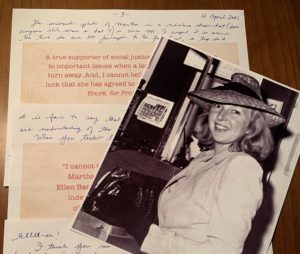 JS: I have always written letters by hand, since I was a child. But, on January 1st, 2014, I made a conscious decision to try to write a letter each day. It is the only New YearŌĆÖs resolution IŌĆÖve ever kept. I sent an open call out via Twitter @janetsomerville, asking strangers if theyŌĆÖd like to be added to my recipient rotation of LitNerd ramblings about what I was reading, the plays and films I saw, the art galleries I visited, narratives grounded in where I was in the moment, most of the time here in Toronto.

Over a hundred people responded, and over the years IŌĆÖve been writing to them, IŌĆÖve even met a few face to face when occasion has conspired to put us in the same place at the same time. Many of the people I write to I know, but others I only know through their social media personae. When travelling alone, my letter recipients become my dinner companions. Sometimes IŌĆÖve written letters on paper placemats or the backs of museum tickets or flyers from bookstores and libraries. IŌĆÖd learn in my research for the book that Martha and her mother Edna Gellhorn did the same thing. In fact, thereŌĆÖs a letter from Edna to Martha in 1933 written on the back of Hadley Richardson HemingwayŌĆÖs wedding invitation for her second marriage—to Paul Mowrer—the one that lasted. During pandemic days spent in lockdown, one of my pleasures has been to source special postage stamps or Gellhorn and Hemingway ephemera that I then use as stationery. 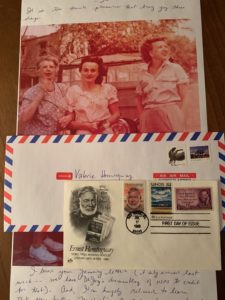 A sample of Janet’s correspondence containing Martha and Hemingway ephemera

Unexpected friendships have formed from these missives. Before he died, I corresponded with American novelist Ward Just, who first met Gellhorn when they both reported on the Vietnam War. In what turned out to be his final letter to me Just wrote, recalling his final visit with Martha in London, ŌĆ£ItŌĆÖs always a pleasure to be back in GellhornŌĆÖs country, where the eternal cocktail hour is in view.ŌĆØ IŌĆÖve also gotten to know Valerie Hemingway, who had known Martha for 25 years. And adored her. She wrote, ŌĆ£She was the most enchanting person to be with. After being with her, I always went away filled with energy and good resolutions.ŌĆØ

What do you think letter writing meant to Martha Gellhorn?

JS: Gellhorn used letters for a variety of reasons, though, in all cases IŌĆÖm sure that they were intended for an audience of one, the recipient. I donŌĆÖt think she ever expected them to be read by researchers or strangers like me, or interested readers. Afterall, her frank journalism was on the record, intentionally public. Her letters to Harry Hopkins, for example, are really reports on the treatment of the unemployed in textile towns on the east coast during 1934/5, and her essential work for FERA (Federal Emergency Relief Administration) is where she found her narrative voice and lifelong passion for social justice. Always, Gellhorn looked while others looked away. 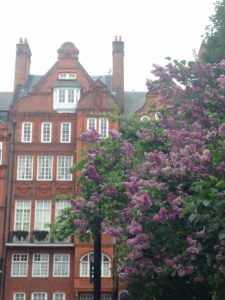 She wrote fascinating letters to Eleanor Roosevelt, the woman about whom sheŌĆÖd say, ŌĆ£She gave off light. I cannot explain it any better.ŌĆØ Some of the letters from 1937 Spain during the Civil War or Prague during the German-Jewish refugee crisis in 1938 focused on what America could do for the citizens whose lives were in upheaval. Others were personal and showed how she worried about how ŌĆ£Mrs. RŌĆØ never took care of herself or got enough rest.

Yet others to her mother Edna and her brother Alfred and her former Bryn Mawr poetry professor Hortense Flexner are rife with intimacies about her relationships and her worries about her writing.

Letter writing tends to be a rare art these days—what do you think that means for all the contemporary Martha Gellhorn-types out there, and their future biographers?

JS: Already archivists are finding ways to save our more ephemeral ways of communicating, like email and texting and social media. But there are still dinosaurs, like me, who continue to produce analogue letters, and happy recipients, who hopefully do not crumple them up and toss them in the trash. IŌĆÖm hoping that there will be more people who decide to put pen to paper as a way of slowing down and reaching out in a more human way to friends and strangers alike.

Your audiobook is narrated by the actress Ellen Barkin. Could you please share a bit about the audiobook, and what it’s like to hear Ellen read your work?

JS: I continue to be thrilled beyond all measure that Ellen Barkin agreed to take on both my and MarthaŌĆÖs words to produce the audiobook for a new audience. Like Gellhorn, Ellen is smart, indefatigable, and outspoken about the most disenfranchised among us. Her singular lustre brings this part of MarthaŌĆÖs story to vibrant life.

Ellen has told me that she would read a few pages of Yours, for Probably Always before bed each night, so she could fall asleep with MarthaŌĆÖs words in her head. It is only right that my evening routine has become listening to excerpts of EllenŌĆÖs nuanced performance, one that has made me feel the words wholly anew. I will always be grateful to her for unabashedly saying yes to this project.

Hear narrator Ellen Barkin read a clip from the Yours, For Probably Always audiobook:

Janet Somerville taught literature for 25 years in Toronto. She served on the PEN Canada Board and chaired many benefits that featured writers including Diana Athill, Margaret Atwood, Roddy Doyle, Stephen King, Alice Munro, Azar Nafisi and Ian Rankin. She writes about historical fiction for the Toronto Star and has been handwriting a #LetterADay for 7 years. Since 2016 she has had ongoing access to Martha GellhornŌĆÖs restricted papers. Yours, for Probably Always: Martha GellhornŌĆÖs Letters of Love & War 1930-1949 is her first book. Follow her @janetsomerville.