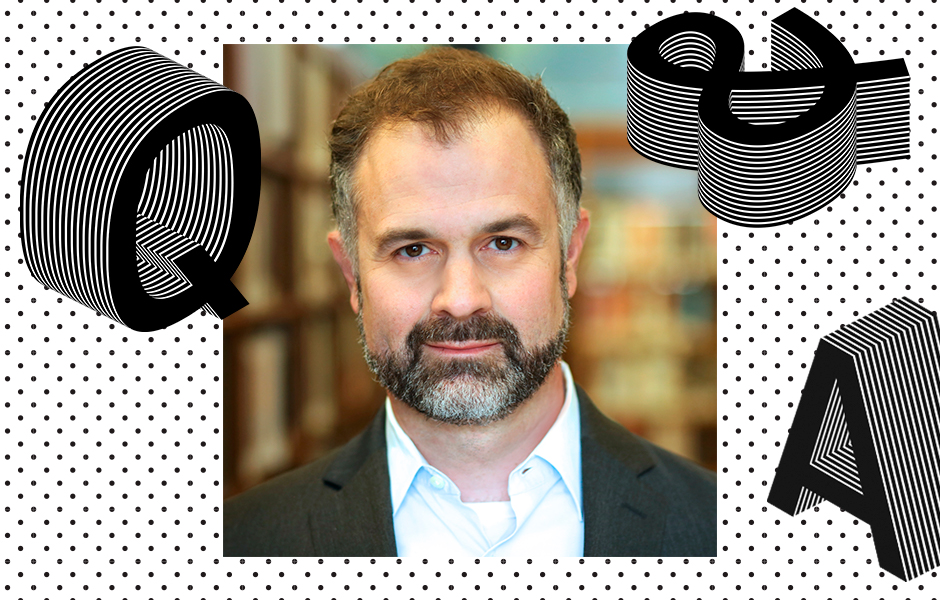 Neil Hellegers is no novice to the world of the “strange and unusual”, and he continues his tradition of narrating terrifically freaky audiobooks with Nightmareland: Travels at the Borders of Sleep, Dreams, and Wakefulness. We caught up with Neil to chat everything from sleep paralysis to his favorite forbidden narrator treat (hint: it’s a nougat-y candy that rhymes with “stickers”).

Tell us a little about Nightmareland.

So Nightmareland, much like actual dreams (and nightmares!), explores and melds psychology, folklore, mythology, the paranormal, and the very conscious and unconscious fabric of the world around us into an unflinching, sometimes lurid, often fascinating examination of not just sleep disorders and how they come about, but also what the various components of the dream state mean for our waking lives, our creativity, and, really, what we are truly capable of in the depth of our beings. Like all great non-fiction, itâ€™s rooted in the personal experiences of the author, Lex â€śLonehoodâ€ť Nover, such as a harrowing episode of sleep paralysis, or a late night chat with his recently deceased father. Sleep paralysis, which people have been experiencing for much of recorded history, is an indiscernible state between sleeping and waking where the paralysis, a necessary physiological function that keeps us from physically acting out our dreams, is filtered through personal and cultural explanations as to what terrifying entity is responsible for said paralysis. Centuries ago, it would likely have been a demon squatting on your chest; nowadays, it tends to be aliens, or whatever other harrowing creature resides in your psyche (mine wasâ€¦eh, Iâ€™d rather not talk about it). And as for communications across the divide, the book also divulges how many experiences and experiments have led people to believe that our dream state can be a gateway to all manners of beings, realms, and higher states of humanity itself. Itâ€™s all in there, as tantalizing and sometimes terrifying as our dreams themselves.

Our blog theme this month is innovation, and of course Halloween is also fast approaching. So loosely combining those two themes, as a narrator, whatâ€™s the wildest, most unconventional thing youâ€™ve ever done to get into character while recording?

Thatâ€™s great because, a) I love Halloween and all things spooky and b) oftentimes being a narrator is all about thematic integration, fast and loose and on the fly. That being said, narration is also a strict discipline, so while Iâ€™d like to regale you with tales of, I donâ€™t know, costumes in the booth no one sees but me, blood sacrifices on the roof to the gods of urban fantasy, the truth is somewhat more mundane (to me?): I narrated an occult classic, The Mystical Qabalah by Dion Fortune, who actually shows up in Nightmareland in the chapter on psychic attacks (you heard me)! The mystical practice of manifestations and mediation of the Qabalah is based on a symbolic and totemic structure called the Sephirot, which you may have seen: 10 circles connected by lines, and each named circle represents a different state of being. Mediating and following each circle leads one to higher states of being towards the Divine essence, and, on a mystical level, leads to enlightenment, and on a practical level, towards sorcery, according to Fortune. To prepare for the deep dive of this book and character– as is my practice for non-fiction, where the author is the main character whoâ€™s head one must inhabitâ€”-I printed out a copy of the Sephirot and put it above the mic in my booth, and before each chapter which focused on a different sphere, I would mediate on the significance of that sphere, reciting the Hebrew name, until I felt ready to begin. And, in point of fact, the chart is still there at this moment, and while I donâ€™t mediate every time before narrating, the names still do make for a great vocal warm up!

Which of the many sleep disorders chronicled in this book most upset you, and why?

Hands down, the chapters on sleep walking and ambien walking. Iâ€™ll let you take a listen to get the details, but it does seem that we humans, once you remove the rational, waking parts of our brains, and let our deep core impulses free, are capable of conceiving of rather some horrifying deeds. And if, as chronicled in Nightmareland, we happen to arrive into a liminal state, where we are up and moving yet still driven from that dark place, we are just as capable of acting out either incidental accidents or malicious harm to those around us. Soâ€¦yeah.

Have you ever encountered a professional project that scared you silly? How did you deal?

I have to say, Iâ€™ve narrated a fair deal of horror, dark fantasy, cosmic horror etc., so Iâ€™m not too easily phased when it comes to the strange and unusualâ€¦as I myself amâ€¦strange and unusual. What really leaves a mark for me, to be honest, is non-fiction detailing the atrocities humans have visited upon other humans, most recently in a project, in the early-mid-twentieth century in Europe. And donâ€™t get me started on current constitutional rights abusesâ€¦! For all of those, I deal by committing myself to the mission of the book: to inform and educate with the hopes of preventing those atrocities and abuses from happening again.

Is there a candy that you love to have while narrating (on breaks, of course), or absolutely canâ€™t have because youâ€™re narrating? Why do you love it or have to leave it?

Well, on breaks, my â€ścandyâ€ť is a green apple (like the worst house when Trick-or-Treating) because, pro-tip, it reduces mouth noise. But, oh man, my absolute, all-time, 150% favorite candy is a Snickers bar, and it is precisely the wrong thing to eat while narrating: the chocolate is sticky and dehydrating, so, more mouth noises and less stamina and articulation, the caramel and nougat is chewy and tires the jaw, and the peanuts are salty, which, again, dehydrates. That being saidâ€¦do you have a Snickers barâ€¦?

Listen to a clip of Nightmareland by Lex Lonehood Nover, read by Neil Hellegers 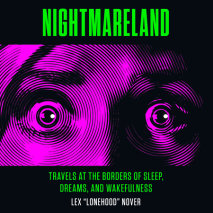