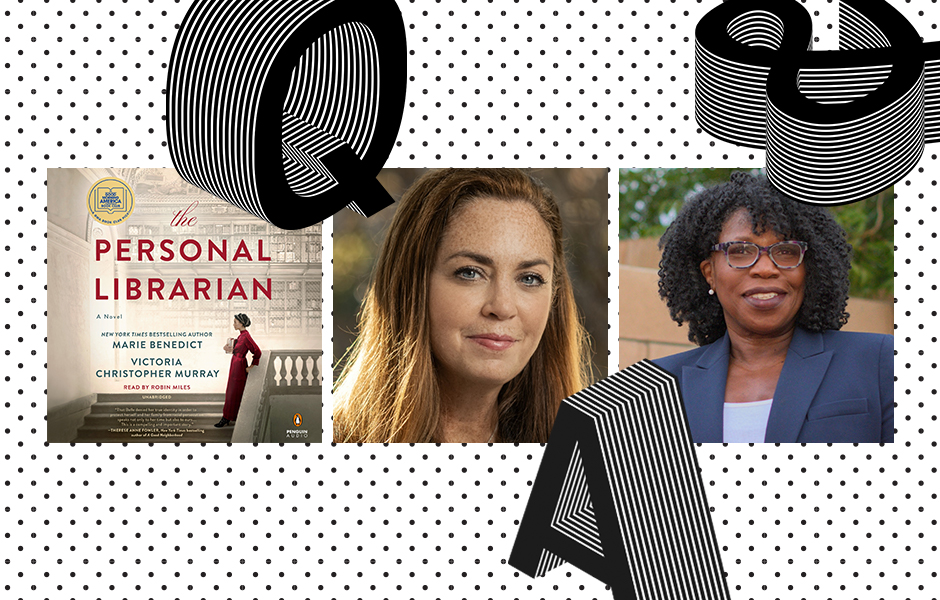 There’s a chance that even the most in-the-know history buff is unaware of the true story behind one of the most prominent librarians in American history. Until now.

The Personal Librarian is a novel based on Belle da Costa Greene’s extraordinary life in which she was forced to hide her true identity as a Black woman in order to be able to leave a lasting legacy as the first librarian and eventual director of the Morgan Library.

We caught up with Marie Benedict and Victoria Christopher Murray, the authors behind the book that Good Morning America calls “historical fiction at its best” to discuss bringing Robin Miles on board as the narrator for their audiobook, and what drew them to tell Belle’s story.

Tell us a little bit about The Personal Librarian.

Marie Benedict: The Personal Librarian is the story of Belle da Costa Greene who became the powerful personal librarian to the famous financier J.P. Morgan in the early 1900s. She acquired and curated his art and rare book collection in the Morgan Library, becoming both a celebrity in high and low society alike and a respected force in the art world during her lifetime. But because our country was steeped in sanctioned racism at that time, she was only able to do so by hiding her true identity as a Black woman and passing as white.

What drew you both to tell Belle da Costa Greene‚Äôs story?

MB: Belle da Costa Greene is such a brilliant, complicated, important woman that many aspects of her life compel us to share her story, not the least of which was the power she wielded in the rare book and art world, so unusual for a woman. But I suppose most compelling to me was the fact that Belle had to pass as white even though she was a ‚Äúcolored‚Äù woman who‚Äôd been raised by a prominent advocate for racial equality in our country and that she rose up to power in an era when segregation and racism were so wide-spread in our country that she probably would not have been allowed entrance into the very institution she ran, unless entering it as a servant. Exploring that dichotomy between her authentic self and her created persona is a story that‚Äôs both historic and modern.

Victoria Christopher Murray: While Belle had been in Marie‚Äôs mind forever, I was just introduced to her. But as soon as I was, I wanted to tell her story. Here was this amazing woman, who was the child of a man that many in the Black community knew ‚Äî as the first Black man to graduate from Harvard. Yet, his daughter was more infamous than he was. There were so many layers to her life, but what attracted me most was that I completely understood the mask she had to wear every day. Paul Dunbar‚Äôs We Wear the Mask is one of my favorite poems and that‚Äôs what Belle had to do every day of her life once she accepted her mother‚Äôs decision for the family to pass as white. Through the pages of this novel, I hoped to take her mask off.

Robin Miles narrates this audio, and we hear that you‚Äôre fans of her work! Which audiobooks have you heard Robin narrate before? What made her the perfect casting for The Personal Librarian?

MB: Robin Miles is one of the most talented actors out there, and the skills she brings to audiobooks allows her to inhabit the characters and to make the stories come alive in ways that perhaps the writers never even imagined. I‚Äôve heard her narrate spectacular books in many different categories ‚Äî Caste by Isabel Wilkerson, Hidden Figures by Margot Lee Shetterly, The Book of Lost Friends by Lisa Wingate, Barracoon by Zora Neale Hurston, and at least one Octavia Butler story ‚Äî and I never dreamed that I‚Äôd be fortunate enough to have her narrate one of my books one day.

VCM: I have loved every book I‚Äôve heard narrated by Robin Miles. I think The Warmth of Other Suns (which was amazing) was the first book by her for me. And then, I‚Äôve been blessed to hear her through Yellow Wife, Second House from the Corner, Caste, Another Brooklyn, and there are others, I‚Äôm sure. Every single time, in every story, Robin becomes the character. I believe her when I hear her speak the part. With Robin as the narrator, I‚Äôm drawn into more than the plot, I‚Äôm drawn into the character. She understands every part she‚Äôs ‚Äúplayed‚Äù and I was so happy to know that she would become Belle da Costa Greene.

Was there anything about the book-to-audiobook process that surprised you? What was it like for you to hear The Personal Librarian on audio?

MB: I suppose the very fact of hearing our words come alive in the telling of such a gifted performer as Robin Miles is astonishing in and of itself. Having a voice that you‚Äôve only heard in your head spoken out loud is a gift, and Robin‚Äôs capacity for conveying Belle‚Äôs thoughts and emotions has added a fresh and unexpected layer to my understanding of her story.

And last but not least, any summer book or audiobook recommendations?

MB: Oh my goodness, this is such a tough question because there are simply piles of wonderful books releasing this summer, including some tremendous works of historical fiction about women. That said, because I‚Äôve been fortunate enough to read printed versions of those historical fiction books, I‚Äôm really looking forward to listening outside my genre to Peaces by Helen Oyeyemi, The Maidens by Alex Michaelides, The Madness of Crowds by Louise Penny (I love the Inspector Gamache books), and The Best of Me by David Sedaris. Within my genre there’s Kristin Hannah‚Äôs The Four Winds, and I‚Äôm really enjoying my current two listens (yes, I listen to more than one at a time, just like I read more than one book at a time!) The Other Black Girl by Zakiya Dalila Harris and Northern Spy by Flynn Berry. These books seem like they‚Äôd be perfect for listening.

VCM: I highly recommend Yellow Wife, The Kindest Lie, and The Son of Mr. Suleman. For my summer reads, I‚Äôm looking forward to listening to Robin again in The Seven Husbands of Evelyn Hugo.

Listen to a clip of Robin Miles narrating The Personal Librarian: 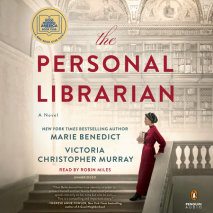