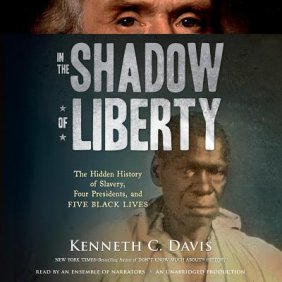 Hear History IN THE SHADOW OF LIBERTY by Kenneth C. Davis, read by a Full Cast (Audiobook Trailer) October 2, 2016

Did you know that many of Americaâ€™s Founding Fathers—who fought for liberty and justice for all—were slave owners?

Through the powerful stories of five enslaved people who were â€śownedâ€ť by four of our greatest presidents, this audiobook helps set the record straight about the role slavery played in the founding of America. END_OF_DOCUMENT_TOKEN_TO_BE_REPLACED 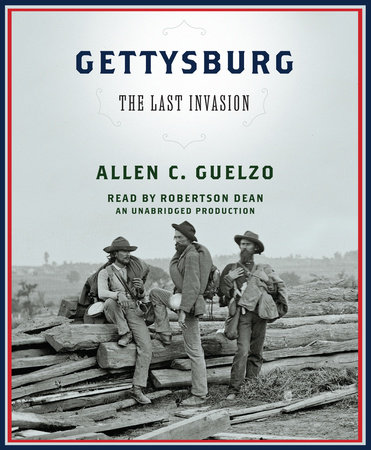 The Gettysburg Address: The Speech, the Battle, and the Legacy November 19, 2015

On November 19th, 1863, President Abraham Lincoln delivered one of the most famous speeches in American History. Lincoln’s Gettysburg Address was written for the dedication of the Soldiers’ National Cemetery in Gettysburg, PA only four and a half months after the famous battle that would turn the tide of the Civil War. Before Gettysburg, the Union Army had suffered defeat after defeat at the hands of the Confederates, and victory seemed nearly out of reach. Â After more than a year of setbacks on the battlefield, the Union had finally achieved a decisive victory against the Confederacy at Gettysburg. The tide of the Civil War was beginning to turn in favor of the Union. With victory in sight, President Lincoln’s dedication speech reminded Americans that the Civil War was about more than emancipation–it was about preserving democracy itself. President Lincoln’s speech served as a rallying cry for the Union’s cause, and continues to inspire Americans today. But the Gettysburg Address would not have been possible without a victory on the battlefield. In Gettysburg: The Last Invasion, Professor Allen C. Guelzo examines the battle in exquisite detail. If you’re interested in learning more about the Gettysburg Address on its 152nd anniversary, this audiobook is the best place to begin.