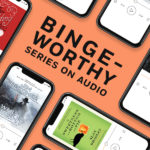 10 Audiobook Series That Will Hook You Good Submitted by Becca Stumpf on March 25, 2020

A wizard private eye who tracks baddies on rainy Chicago streets. The war games and dragon banes of Westeros. A fearless 11-year-old sleuth upending the 1950’s English countryside. A meet-cute that leads to a world of swoony romance. END_OF_DOCUMENT_TOKEN_TO_BE_REPLACED 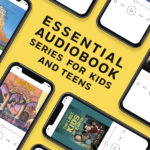 Stuck inside but trying to reduce screen-time for the young eyes around you? Dive in to one (or three!) of these enthralling audiobook series and just try to press pause.
END_OF_DOCUMENT_TOKEN_TO_BE_REPLACED 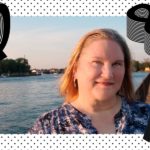 As winter turns to spring we’re celebrating transformations of all kinds, and that most definitely includes the fascinating shape-shifters featured in Wild Country, bestselling author Anne Bishop’s latest audiobook in the World of the Others series. END_OF_DOCUMENT_TOKEN_TO_BE_REPLACED 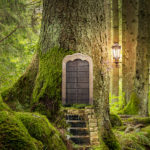 Epic Fantasy Audiobooks You Should Listen To Submitted by Taraneh DJangi on September 26, 2017

The world of fantasy fiction ranges from contemporary magic to worlds full of kings and magical creatures. No matter what kind of epic fantasy story you enjoy, we have an audiobook you can dive into. END_OF_DOCUMENT_TOKEN_TO_BE_REPLACED 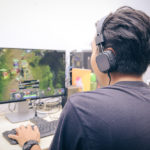 Have you ever listened to an audiobook that is so well narrated, you become completely immersed in the authorâ€™s world? We love that experience. For Video Games Day (celebrated on July 8th), we have a few recommendations that will make you think youâ€™re in an RPG. Buckle up and enjoy the ride.

END_OF_DOCUMENT_TOKEN_TO_BE_REPLACED

After more than twenty years, Tad Williams is returning to the world of Osten Ard, which he created in the bestselling Memory, Sorrow, and Thorn trilogy. The Last King of Osten Ard trilogy is on the way in June, beginning with The Witchwood Crown. The series continues the story of Simon Snowlock, thirty years after he was crowned king following the events of MSaT. To bridge this considerable time gap, Williams has written The Heart of What Was Lost to set the stage for whatâ€™s to come in The Witchwood Crown. While MSaT was a coming-of-age epic, The Heart of What Was Lost is a relatively intimate war story that depicts two worn-down armies fighting a brutal campaign where one side faces complete extinction. Taking place directly after the events of To Green Angel Tower, the benevolent Human/Sithi alliance has saved the world and scattered the armies of their enemies, the Norns. The novella follows Duke Isgrimnur as he leads an army of Northern Rimmersmen to pursue the last of the Norns in an invasion of their harsh, frozen homeland, culminating in a brutal siege of their capital city, Nakkiga. END_OF_DOCUMENT_TOKEN_TO_BE_REPLACED