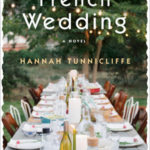 A French Wedding and a College Reunion Submitted by Winnie De Moya on July 7, 2017

On the day that Juliette is set to earn the most important review of her restaurant career, she receives a phone call that changes everything. Her mother has fallen ill, and Juliette decides to give up her metropolitan life in Paris to be with her family in Brittany. Within the year, she leaves her role as chef to become the personal cook for a musician.

END_OF_DOCUMENT_TOKEN_TO_BE_REPLACED 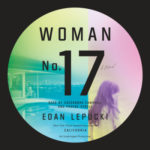 When Edan Lepucki hit the literary scene with her debut novel, California, in summer 2014, she was fortunate enough to be featured on Stephen Colbertā€™s show. The feature catapulted her novel to the third slot on the New York Times bestseller list on the week it went on sale. Her interview happened to fall in the middle of a feud between Amazon and her then-publisher, Hachette. In the conversation, Colbert encouraged his viewers to buy California from Powellā€™s Books, in an effort to prove that a smaller retailer could compete against Amazon and help an author debut as a bestseller. In doing so, Colbert turned a literary debut into a unicorn.

END_OF_DOCUMENT_TOKEN_TO_BE_REPLACED

Tagged: bookclub, Edan Lepucki, literary fiction, Novel, staff picks, Woman No. 17
This Is The Author | Elif Batuman Submitted by This Is the Author Podcast on April 12, 2017

“My book is based on the draft of a novel I wrote and gave up on over 15 years ago when I was in my early 20s and I only reread it in my thirties and at that point I had gotten a PhD in Literature and I spent time teaching undergraduates and I published a book of essays — which you definitely read or listen to as an audiobook — itā€™s called The Possessed.”

Learn more about The Idiot. 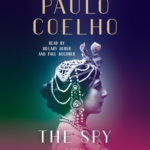 Paulo Coelhoā€™s The Spy and its Femme Fatale Submitted by Winnie De Moya on November 15, 2016

Paulo Coelho, theĀ acclaimed author of The Alchemist, makes a magnificent return with the story of Mata Hari in The Spy. Convicted of German espionage by the French in WWI, Hari left a legacy that has inspired films, musicals, ballets, and (in this case) a compassionate novel that considers how history remembers the courtesan. END_OF_DOCUMENT_TOKEN_TO_BE_REPLACED 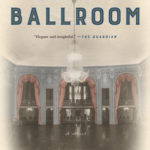 The Ballroom is a Seamlessly Woven Story Submitted by Louise Quayle on September 22, 2016

The early years of the 20th century marked a time of tremendous social change:Ā  a war like nothing anyone had experienced was about to break out across Europe, women would soon agitate for and win the right to vote, the medical breakthroughs of penicillin and a vaccine for tuberculosis were just around the corner.Ā  It was the dawn of the modern era.Ā  Yet as the setting and incidents in The Ballroom reveal, the mental health profession was in a dark age, and a long way from understanding the plight of women and the poor.