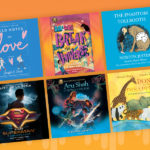 6 Audiobooks for Your Next Family Trip Submitted by Taraneh DJangi on April 3, 2019

Preventing boredom when you travel with kids and teens can be challenging—especially if you want to limit the amount of screen time they have. How many games of “I Spy” can you play before someone loses interest? (Answer: not enough to last an entire road trip!) This is why choosing a few audiobooks to listen is essential to your pre-travel checklist. END_OF_DOCUMENT_TOKEN_TO_BE_REPLACED 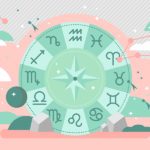 Audiobooks For the Spring Equinox Based on Your Astrological Sign Submitted by Erin Murphy on March 20, 2019

Congratulations, you’ve made it through another winter! Today (March 20, 2019) is the Vernal Equinox, which means spring has sprung and a brand new astrological year has begun. END_OF_DOCUMENT_TOKEN_TO_BE_REPLACED 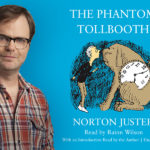 The Phantom Tollbooth is a beloved classic—and now has two beloved voices on this new audiobook. Author Norton Juster reads the introduction and actor Rainn Wilson narrates the story making this a delightful production that listeners of all ages will enjoy! END_OF_DOCUMENT_TOKEN_TO_BE_REPLACED 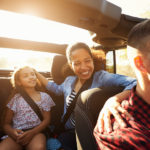 What We Listen to with Our Kids Submitted by Taraneh DJangi on May 4, 2018

Need a suggestion for an audiobook to listen to with your child(ren)? We asked staff members what audiobooks their kids love listening to together. END_OF_DOCUMENT_TOKEN_TO_BE_REPLACED 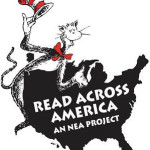 Listen Across America with Dr. Seuss Submitted by Kristen Luby on February 26, 2016

Horton Hears a Who and you can, too! Celebrate Dr. Seussâ€™ birthday the audiobook way with collections read by star narrators. END_OF_DOCUMENT_TOKEN_TO_BE_REPLACED

Most of us know him from The Office, some may even know him from his stint on Six Feet Under. Perhaps youâ€™ve read his New York Times bestselling SoulPancake or count yourself among his 4 million Twitter followers. Regardless of where you know him from, you know that Rainn Wilson is unique.

In Bassoon King,Â Rainn Wilson tells you just that. Â He also discusses his upbringing inÂ Washington and Illinois withÂ his free-thinking parents, his times as a young actor in New York, and his connection with the Baha’i faith in which he was raised in. Â All of this and more amounts to his uniquely awesome persona and comedic antics. Â Certainly something to check out.

Want more Rainn Wilson? Â Check out his narration of Dr. Seuss’sÂ What Pet Should I Get? and One Fish Two Fish Red Fish Blue FishÂ