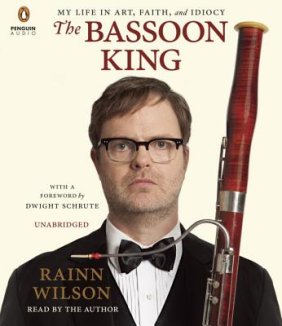 Most of us know him from The Office, some may even know him from his stint on Six Feet Under. Perhaps youãve read his New York Times bestselling SoulPancake or count yourself among his 4 million Twitter followers. Regardless of where you know him from, you know that Rainn Wilson is unique.

In Bassoon King,ô Rainn Wilson tells you just that. ô He also discusses his upbringing inô Washington and Illinois withô his free-thinking parents, his times as a young actor in New York, and his connection with the Baha’i faith in which he was raised in. ô All of this and more amounts to his uniquely awesome persona and comedic antics. ô Certainly something to check out.

Want more Rainn Wilson? ô Check out his narration of Dr. Seuss’sô What Pet Should I Get? and One Fish Two Fish Red Fish Blue Fishô