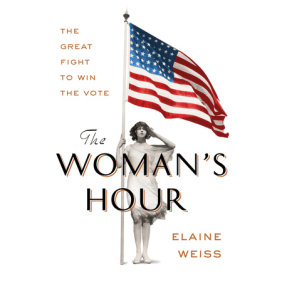 In August of 1920, thirty-five states had ratified the Nineteenth Amendment granting women in the United States the right to vote. Twelve states had either rejected the amendment or refused to vote at all. 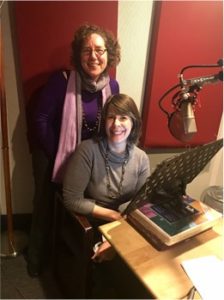 The amendment needed one more vote to pass, and it all came down to Tennessee, which was home to “politicians with careers at stake, liquor companies, railroad magnates, and a lot of racists who don’t want black women voting” and “‘Antis’–women who oppose their own enfranchisement, fearing suffrage will bring about the moral collapse of the nation.” THE WOMAN’S HOUR takes place when these opposing groups and suffragists gathered in Nashville to debate. Activists put up a noble fight, won the right to vote and kicked off the “great twentieth-century battles for civil rights.”

Author of THE WOMAN’S HOUR Elaine Weiss and audiobook narrator Tavia Gilbert sat down to discuss the history of the women’s suffrage movement and what the continued fight for women’s civil rights looks like in 2018.

“In 1920, it was about ‘should we join the league of nations? Should we lead in that way?’ and we’re questioning that role again now. That was rather startling to me,” Weiss said about finishing THE WOMAN’S HOUR manuscript at the end of the 2016 presidential election. You can listen to their whole conversation below:

LISTEN TO AN AUDIOBOOK CLIP: THE WOMAN’S HOUR

Praise for THE WOMAN’S HOUR:
“Anyone interested in the history of our country’s ongoing fight to put its founding values into practice–as well as those seeking the roots of current political fault lines–would be well-served by picking up The Woman’s Hour.” –Margot Lee Shetterly, author of the #1 New York Times bestseller Hidden Figures

â€śRemarkably entertaining â€¦ a timely examination of a shining moment in the ongoing fight to achieve a more perfect union.â€ťâ€”Publishers Weekly, Starred and Boxed Review