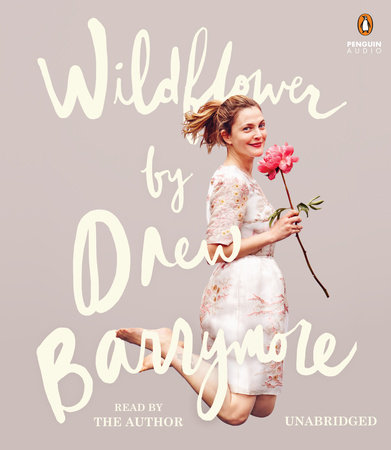 Drew Barrymore is a Wildflower

Full disclosure: I love Drew Barrymore!Â  Sheâ€™s been one of my favorite actresses ever since I first watched E.T. as a small child.Â  And by â€śwatched,â€ť I mean that I completely balled my eyes out the entire time E.T. couldnâ€™t get home. My next Drew Barrymore cinematic experience occurred when I was 10 years old.Â  I watched in fascination as Barrymore transformed into one of my favorite fairytale characters, Cinderella, in Ever After and actually showed the prince a thing or two about rescuing.Â  That was followed by Never Been Kissed, Charlieâ€™s Angels, 50 First Dates, and a whole bunch of other amazing movies that I, unfortunately, donâ€™t have the time or space to list. 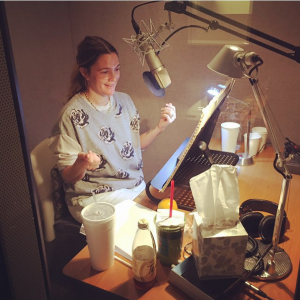 Despite her many years in front of the camera, itâ€™s no secret that Barrymore is a very private person. This is why the release of her memoir WILDFLOWER, a collection of profound stories from her past and present, is so exciting. Even more exciting is her narration of the audiobook.Â  Barrymore posted a picture of herself recording WILDFLOWER on Instagram, revealing how she laughed, screamed, and cried in the studio.Â  It was not an exaggeration.

From beginning to end, Barrymore pours her heart and soul into the audiobook.Â  The raw emotion combined with the natural inflections of her voice immediately pulls the listener in.Â  It doesnâ€™t sound like the words are being dictated.Â  Instead, it feels as if you and Barrymore have just met for coffee and have casually started chatting about your lives. In addition to behind-the-scenes peeks into some of her most famous movies, Barrymore talks about her childhood trials and tribulations, her relationships with Steven Spielberg and Adam Sandler, how she met her husband, becoming a mom (twice), and her intense aversion to pruning any kind of plant life.

Although some of her stories touch on heartbreaking subjects, WILDFLOWER never loses its innately positive (and often hilarious) tone.Â  Barrymoreâ€™s reflections are meant to be an inspiration and a roadmap of her journey to the happiness sheâ€™s achieved.Â  Long-time fans will be laughing, screaming, and crying right along with her, which is why I highly recommend WILDFLOWER be added to your must-listen pile.

Also, Barrymore is just as obsessed with books as we are.Â  It doesnâ€™t get any better than that!