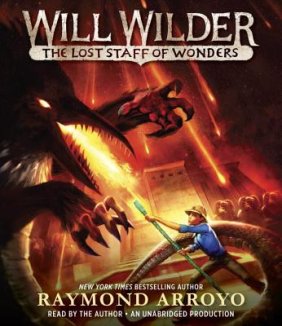 WILL WILDER Author Raymond Arroyo On His Love of Spoken Stories

Many chapters of the Will Wilder series were birthed in the corner of a coffee shop. The corner is the best place to work, since it can get loud at times. Once I travel to Perilous Falls, pounding away at the keyboard, I often hear the characterās voices in my imagination. Having been trained as an actor, I find myself involuntarily mouthing dialogue in the voice of the characters as I write.Ā I literally play all the parts by the time I get to editing — doing my full āmultiple personalityā routine at the end of the day.

There was a woman who used to buy her coffee at the shop in the late afternoons. I was usually in the middle of intensely editing the dayās work by the time she wandered in. After several weeks of observing me let loose the voices of twelve-year-old Will Wilder, select demons, a sly mayor, an Egyptian self help guru, Willās sixty-nine-year-old Aunt Lucille and other assorted characters, I could feel the womanās stares baring down on me. One afternoon, she had the courage to approach my table.Ā  I must have been in the throes of a particularly lively performance. Cup in hand, the woman slid a card across my small tabletop. āDo you often hear voices?ā she asked with a straight face. She was a clinical psychologist at a major university according to her card.Ā āI do hear voices,ā I told her, āand I get paid to make others hear them.ā Thank goodness she laughed. When the first Will Wilder book was published, WILL WILDER: THE RELIC OF PERILOUS FALLS, I was filled with that sense of relief and joy that every author experiences. After working for so long, these people in my headāas real to me as any people ever wereāwere now out in the world for others to encounter and make their own. Though the residents of Perilous Falls will sound different in the minds of each reader, I know how they sounded when they were first born.

What a thrill it has been for me to settle in behind the microphone at Listening Library and to share with listeners the voices I first heard in that coffee shop corner.

I have always loved spoken stories. They have a power to move the listener and touch him or her in a way that the written word cannot.Ā Animated by breath, characters come alive for the listener. There are subtleties and character agendas that I can expose in a performance of a book that the written version does not afford me. An author also understands the bones of his story, the finer points that others might never see. That perspective lends a certain texture to the performance that is hard for an outsider to replicate. It is I think a richer and deeper way to experience the world of Perilous Falls and the characters within.

My mailbox attests to the importance of aural storytelling.Ā Young readers who found the audiobook after reading the hardback version emailed me that they discovered new things while listening to the story.Ā It allowed them to vividly āsee what was happening in my imagination.ā One family wrote that after school they found themselves sitting in their driveway for 20 minutes, with the engine idling, so they could hear how a chapter ended. School teachers have used the audiobook as a catalyst to get kids reading aloud in class. They listen to a few pages of each chapter and then the kids read the rest to one another — āoften imitating your voicesā (their teacher wrote).

Now Listening Library has allowed me to step behind the mic again for WILL WILDER: THE LOST STAFF OF WONDERS. If listeners have even a portion of the fun that I had performing Will Wilderās latest adventure, it will have been worth all the effort. The best part is: I can now tell that psychologist, Iām not the only one hearing those voices from Perilous Falls.Ā Happy reading and listening!

Take an early listen from book 2,Ā WILL WILDER: THE LOST STAFF OF WONDERS, coming out March 7th! 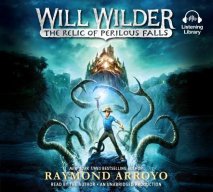 WILL WILDER: THE RELIC OF PERILOUS FALLS
By Raymond Arroyo
Read by the Author

LISTEN TO A CLIP:WILL WILDER: THE RELIC OF PERILOUS FALLS 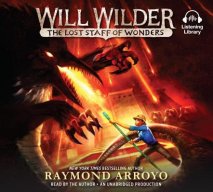 WILL WILDER: THE LOST STAFF OF WONDERS
By Raymond Arroyo
Read by the Author
On Sale March 7, 2017

LISTEN TO A CLIP:WILL WILDER: THE LOST STAFF OF WONDERSĀ Praise forĀ WILL WILDER: THE RELIC OF PERILOUS FALLS:

ā[A]n action-packed story of pith helmets and secret passageways, prophecy and skepticism, temptation and wickedness, and the most agile and lethal great-aunt a boy could hope to have.āāThe Wall Street Journal

āWith shades of Indiana Jones and Percy Jackson, Will Wilderās antics are sure to appeal to middle-grade readers looking for the next great adventure.ā āBooklist

Praise forĀ WILL WILDER: THE LOST STAFF OF WONDERS

āThis new Will Wilder tale will have readers itching for adventures of their own.ā āN. D. Wilson, author of the acclaimed 100 Cupboards series

“Surprising spiritual depth with a hearty helping of monsters and miracles.” āKirkus Reviews