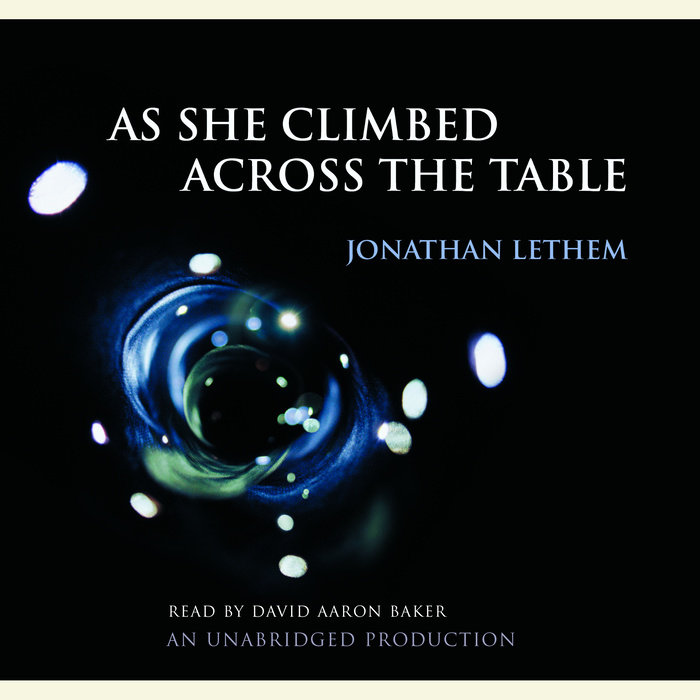 Written by: Jonathan Lethem
Read by: David Aaron Baker
5 Hours and 44 Minutes Imprint: Random House Audio Genre: Fiction - Literary Release Date: September 04, 2007
Philip is in love with Alice. As the novel opens, he is beginning to lose her. Not to another man, as he fears, but to, literally, nothing. Alice is a physicist, and a team at the University where both she and Philip work has created a hole, a vacuum, a doorway of nothingness inside the laboratory. They call it "Lack." Alice becomes obsessed with Lack, as Philip is obsessed by Alice.

The novel is at the same time an astute and wise portrait of unrequited love (albeit of a very unusual kind) a hilarious academic parody, a book of ideas and a social satire. It is utterly original, but in the school of Thomas Pynchon, Don DeLillo, Katherine Dunn, and David Foster Wallace.

Passion, humor, yearning and knowledge, blended together in a suspenseful love story that could be characterized as "American Magical Realism."
Read More
"Exceptionally clever. . . . A book of compelling ideas, of intellectual conflict, of human frailty and desire. And it's funny."—Dallas Morning News

"Jonathan Lethem has succeeded in delivering a wonderland on the side of the looking glass," —San Francisco Bay Guardian

"Lethem is opening blue sky for American fiction. . . . He is rapidly evolving into his own previously uncataloged species." —Village Voice Literary Supplement