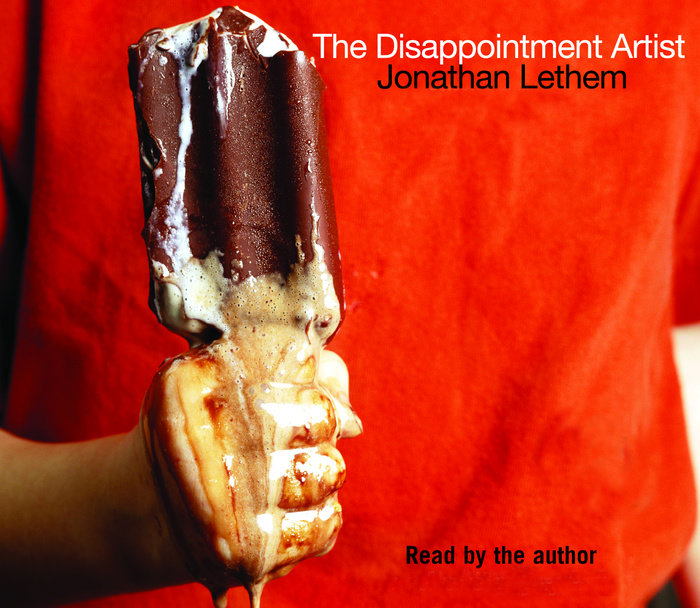 Written by: Jonathan Lethem
Read by: Jonathan Lethem
3 Hours and 46 Minutes Imprint: Random House Audio Genre: Literary Collections - Essays Release Date: March 15, 2005
In a volume he describes as “a series of covert and no-so-covert autobiographical pieces,” Jonathan Lethem explores the nature of cultural obsession—in his case, with examples as diverse as western films, comic books, the music of Talking Heads and Pink Floyd, and the New York City subway. Along the way, he shows how each of these “voyages out from himself” have led him home—home to his father's life as a painter, and to the source of his beginnings as a writer. THE DISAPPOINTMENT ARTIST is a series of windows onto the collisions of art, landscape, and personal history that formed Lethem’s richly imaginative, searingly honest perspective on life as a human creature in the jungle of culture at the end of the twentieth century.

From a confession of the sadness of a “Star Wars nerd” to an investigation into the legacy of a would-be literary titan, Lethem illuminates the process by which a child invents himself as a writer, and as a human being, through a series of approaches to the culture around him. In “The Disappointment Artist,” a letter from his aunt, a children’s book author, spurs a meditation on the value of writing workshops, and the uncomfortable fraternity of writers. In “Defending The Searchers” Lethem explains how a passion for the classic John Wayne Western became occasion for a series of minor humiliations. In “Identifying with Your Parents,” an excavation of childhood love for superhero comics expands to cover a whole range of nostalgia for a previous generation’s cultural artifacts. And “13/1977/21,” which begins by recounting the summer he saw Star Wars twenty-one times, “slipping past ushers who’d begun to recognize me . . . occult as a porn customer,” becomes a meditation on the sorrow and solace of the solitary movie-goer.

THE DISAPPOINTMENT ARTIST confirms Lethem's unique ability to illuminate the way life, his and ours, can be read between the lines of art and culture.
Read More
"Lethem is one of our most perceptive cultural critics, conversant in both the high and low realms, his insights buffeted by his descriptive imagination."
—Los Angeles Times Book Review

"He fearlessly analyzes his influences--movies, books, artists, friends, parents--and his insights are highly personal, but also often universal, and thus these essays reach the highest goal of the memoir form."
—The Seattle Times

“These marvelous explorations take us into the hiding places of the psyche, where second thoughts are assessed, secret-sharer sins confessed, and grief and loss redressed. In a collection as warmly engaging as it is ruminative, Jonathan Lethem shows himself to be as much a master of the personal essay as he is of contemporary fiction.”
—Phillip Lopate
Read More