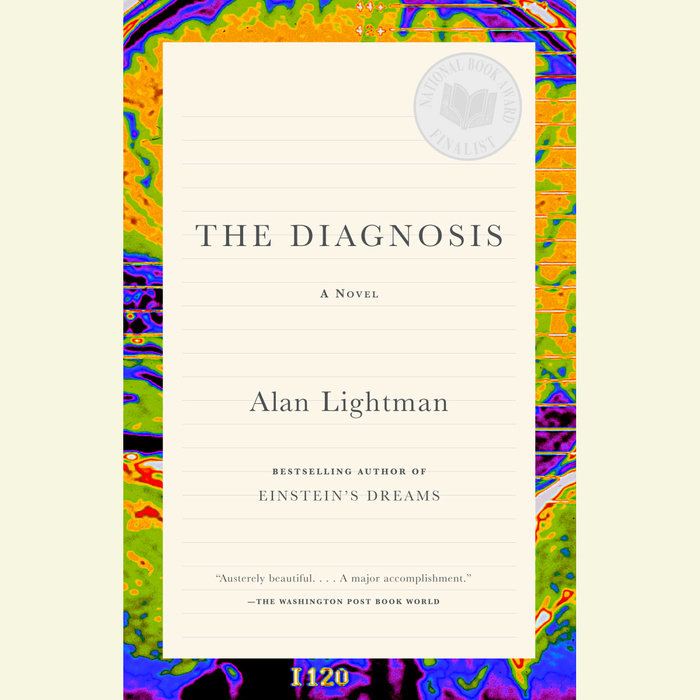 Written by: Alan Lightman
Read by: Scott Brick
12 Hours and 7 Minutes Imprint: Random House Audio Genre: Fiction - Literary Release Date: November 08, 2000
Alan Lightman's first novel, Einstein's Dreams, was greeted with international praise. Salman Rushdie called it "at once intellectually provocative and touching and comic and so very beautifully written." Michiko Kakutani wrote in The New York Times that the novel creates "a magical, metaphysical realm . . . as in Calvino's work, the fantastical elements of the stories are grounded in precise, crystalline prose." With The Diagnosis, Lightman gives us his most ambitious and penetrating novel yet.

While rushing to his office one warm summer morning, Bill Chalmers, a junior executive, realizes that he cannot remember where he is going or even who he is. All he remembers is the motto of his company: The maximum information in the minimum time.

When Bill's memory returns, "his head pounding, remembering too much," a strange numbness afflicts him, beginning as a tingling in his hands and gradually spreading over the rest of his body. As he attempts to find a diagnosis of his illness, he descends into a nightmare, enduring a blizzard of medical tests and specialists without conclusive results, the manic frenzy of his company, and a desperate wife who decides that he must be imagining his deteriorating condition.

By turns satiric, comic, and tragic, The Diagnosis is a brilliant and disturbing examination of our modern obsession with speed, information, and money, and what this obsession has done to our minds and our spirits.
Read More
In Praise of The Diagnosis

"The Diagnosis is packed with dark power and awful humor. Lightman's intelligence, imagination, and clarity of style mark him as one of the most brilliant contemporary American writers."
--Annie Proulx

"I know of no novel that captures the technological horror and pervasive spiritual poverty of our wildly prosperous land in so powerful a way as The Diagnosis. It is haunting."
--Norman Mailer
Read More