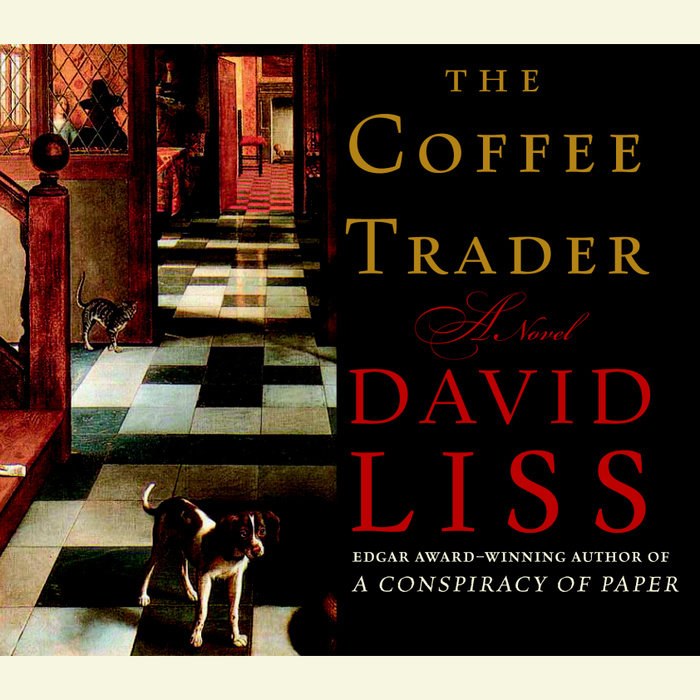 Written by: David Liss
Read by: John Lee
12 Hours and 47 Minutes Imprint: Random House Audio Genre: Fiction - Historical - General Release Date: November 07, 2002
The Edgar Award–winning novel A Conspiracy of Paper was one of the most acclaimed debuts of the year. In his richly suspenseful second novel, author David Liss once again travels back in time to a crucial moment in cultural and financial history. His destination: Amsterdam, 1659—a mysterious world of trade populated by schemers and rogues, where deception rules the day.

On the world’s first commodities exchange, fortunes are won and lost in an instant. Miguel Lienzo, a sharp-witted trader in the city’s close-knit community of Portuguese Jews, knows this only too well. Once among the city’s most envied merchants, Miguel has lost everything in a sudden shift in the sugar markets. Now, impoverished and humiliated, living on the charity of his petty younger brother, Miguel must find a way to restore his wealth and reputation.

Miguel enters into a partnership with a seduc-tive Dutchwoman who offers him one last chance at success—a daring plot to corner the market of an astonishing new commodity called “coffee.” To succeed, Miguel must risk everything he values and test the limits of his commercial guile, facing not only the chaos of the markets and the greed of his competitors, but also a powerful enemy who will stop at nothing to see him ruined. Miguel will learn that among Amsterdam’s ruthless businessmen, betrayal lurks everywhere, and even friends hide secret agendas.

With humor, imagination, and mystery, David Liss depicts a world of subterfuge, danger, and repressed longing, where religious and cultural traditions clash with the demands of a new and exciting way of doing business. Readers of historical suspense and lovers of coffee (even decaf) will be up all night with this beguiling novel.
Read More
“A novel overflowing with intrigue and duplicity . . . Once you’ve wandered the back alleys of Amsterdam with David Liss, you’ll never look at your morning cup of coffee the same way again!”—Sheri Holman, author of The Dress Lodger and The Mammoth Cheese

“In his second novel, David Liss creates his own genre: the historical noir. The seventeenth-century Amsterdam he depicts is a wonderfully dark city of secrets, roiling with deceitful maneuverings and caffeine-fueled perils. The Coffee Trader is vivid, utterly absorbing, and more than a little relevant to our current age of financial skulduggery.”—Gary Krist, author of Extravagance

“It feels as if David Liss has traveled through time to the stock exchange of seventeenth-century Amsterdam and the immigrant society of Dutch Jews who were forced to reinvent their religion after the ravages of the Inquisition. The Coffee Trader is riveting as a historical re-creation, compelling as a tale, and relevant both about the morality of community—in this case, Jewish community—and about the ethical corruptions of an economy where value is a function of perception, competition, and, above all, manipulation.”—Neil Gordon, author of Sacrifice of Isaac and Sea of Green