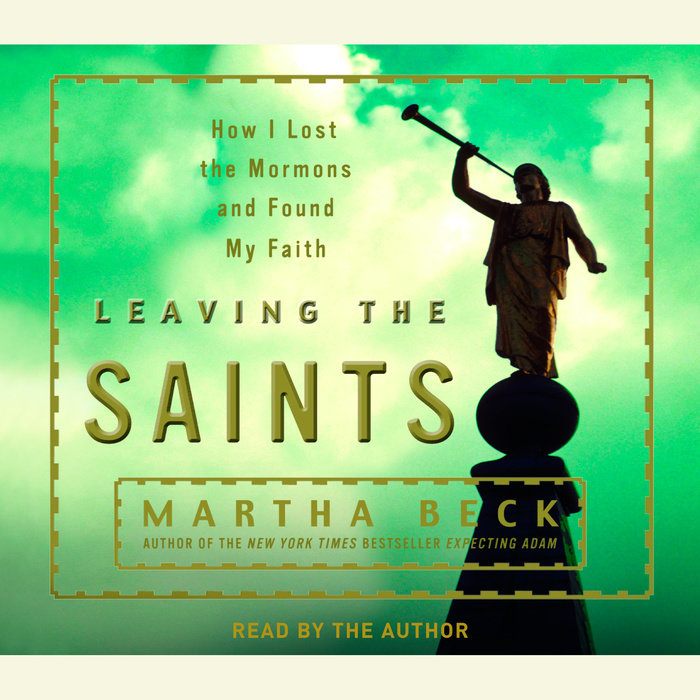 Written by: Martha Beck
Read by: Bernadette Dunne
4 Hours and 41 Minutes Imprint: Random House Audio Genre: Biography & Autobiography - Personal Memoirs Release Date: March 01, 2005
Leaving the Saints is an unforgettable memoir about one woman’s spiritual quest and journey toward faith. As “Mormon royalty” within the Church of Jesus Christ of Latter-day Saints, Martha Beck was raised in a home frequented by the Church’s high elders—known as the apostles—and her existence was framed by their strict code of conduct. Wearing her sacred garments, she married in a secret temple ceremony—but only after two Mormon leaders ascertained that her “past contained no flirtation with serious sins, such as committing murder or drinking coffee.” She went to church faithfully with the other brothers and sisters of her ward. When her son was born with Down syndrome, she and her husband left their graduate programs at Harvard to return to Provo, Utah, where they knew the supportive Mormon community would embrace them.

However, soon after Martha began teaching at Brigham Young University, she began to see firsthand the Church’s ruthlessness as it silenced dissidents and masked truths that contradicted its published beliefs. Most troubling of all, she was forced to face her history of sexual abuse by one of the Church’s most prominent authorities. This book chronicles her difficult decision to sever her relationship with the faith that had cradled her for so long and to confront and forgive the person who betrayed her so deeply.

This beautifully written, inspiring memoir explores the powerful yearning toward faith. It offers a rare glimpse inside one of the world’s most secretive religions while telling a profoundly moving story of personal courage, survival, and the transformative power of spirituality.
Read More
“Martha Beck’s riveting memoir teaches us more about love, spirituality, trauma, truth telling, and hope than all the self-help books combined. It is one of the bravest, most achingly honest books I’ve read in years. Leaving the Saints is a priceless gift.” —Harriet Lerner, Ph.D., author of The Dance of Anger

“A courageous, touching, and beautifully written spiritual journey of the heart. I applaud Martha’s candidness and perseverance in her steadfast pursuit of the power of love.” —Judith Orloff, M.D., author of Positive Energy and Dr. Judith Orloff’s Guide to Intuitive Healing

“Very sad. Very brave. Very true. Martha Beck has written a universal story for anyone who has confronted physical and spiritual abuse and freed themselves from the tenacious grip of patriarchy.” —Terry Tempest Williams, author of Refuge and The Open Space of Democracy

“Leaving the Saints is a brave book. Martha Beck shares her journey out of religion and into faith and healing with heartbreaking candor, softened by wit and uplifted by a deep spiritual longing.” —Sharon Salzberg, author of Faith: Trusting Your Own Deepest Experience
Read More 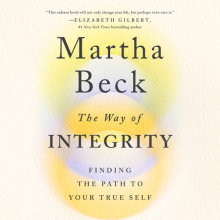 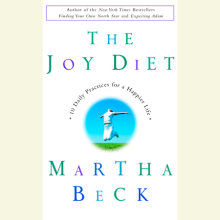