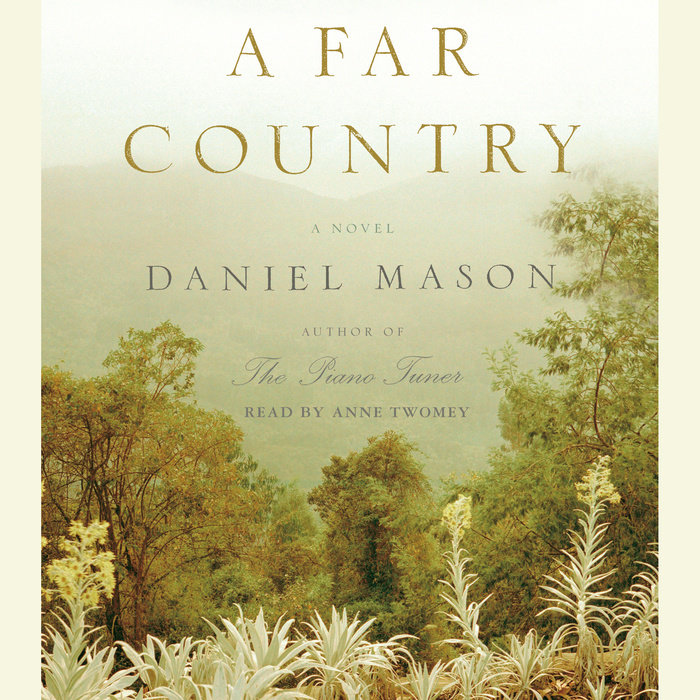 “Impressive and gratifying . . . A Far Country, Daniel Mason’s long-awaited second novel, is set in an unnamed part of South America, where 14-year-old Isabel leaves her drought-stricken rural home for an urban slum. She arrives in ‘the settlements’, expecting to be reunited with her much-loved older brother, Isaias, only to find that he has disappeared . . . Haunted by Isaias’s absence, she becomes obsessed with finding him. Isabel has formed her understanding of the world in a place where the land and the rain shape and influence people’s lives. Living in the shanties, she has lost everything she knows . . . Her reality is restricted to her day-to-day experiences. Everything is understood viscerally: by sight, touch, smell and her intuition. In attempting to express this, Mason sets himself a tough challenge. He pulls it off impressively, narrating the story within the limitations of Isabel’s own terms while at the same time managing to produce extremely vivid and evocative prose. The main concern of this novel, with its uncluttered plot and gratifying ending, is not to highlight the brutalities of the developing world; at first, Isabel doesn’t even realise she is living in poverty. Instead, Mason explores the ways in which modernity can complicate traditional rural lives and create isolation.
–Shiona Tregaskis, The Guardian (UK)

“Mason reveals the lives of the poor in a Third World country with both boldness and circumspection. A Far Country takes place somewhere in South or Central America, but Mason never tells us this. He doesn’t wish his story to be grounded in local identity, but in a more widespread, anonymous, state–that of the poverty that exists on every continent. The novel’s strength lies in its spareness. Mason writes in stripped-down prose that strives toward a sort of meditative lucidity and seems to imitate Isabel’s quietness and the arid land from which she sprang. Often, it is a perspective clarified by hunger . . . It’s an interesting  choice, and an astute one. It allows him to experience Isabel’s world as a place more spiritual than actual, an environment reduced to its elements . . .  In her single-mind[ed] search for Isaias, Isabel maintains her dignity, which is, in the end, its own sort of victory, and which the book itself shares . . . A beautifully contained narrative that illuminates a singular life.”–Danielle Chapman, The Chicago Tribune
“If it’s an allegory of endurance you seek, or a heartbreaking, poetic fable . . . look no further. Mason’s far country has no name . . . Mason paints sparingly, with lyrical phrasing  . . .   a simple, occasionally magical story that lights up the themes of disruption and loss with the redeeming flicker of the human spirit. Fourteen-year-old Isabel is all too familiar with the ravages of drought and the tormenting dreams of starvation. Subsistence is perilously difficult on the dry, rocky land her father farms . . . The closest bond that dreamy, possibly visionary Isabel knows is her compass-like connection to her brother. So when he leaves the stifling privations of village life to pursue his fantasy of a career in music in the city, Isabel loses a part of herself. . . . Imbued with restraint, A Far Country achieves a careful, understated, delicate alignment with its ethereal heroine on her quest to reconnect with her other half. [Mason] humanizes the sociological dimension with individual instances of connection and generosity, while simultaneously acknowledging how much is being lost in the shift from north to south. Isabel is special, an old spirit with rare sensitivity . . . Her perspective on the new world remains foreign and lends the harsh scenarios an element of transcendence. The conclusion to her search epitomizes this fusion of underclass experience and otherworldliness, in its tightly wound, almost mystical spiral of panic, comprehension and resolution. With echoes of Steinbeck’s The Grapes of Wrath, Mason’s novel holds fast to an optimistic view of human nature, of its irrepressible instinct for continuity–and capacity for grace–in response to inexorable pressure . . . There’s an affecting glimmer of magic to this parable which, while streaming mesmerizing images, seeks to extend a blessing over manmade catastrophe.”–Elsbeth Lindner, The Miami Herald

“At this moment in history, [the city] is a world away from the backlands. The rich and the poor live on different planets. The human past is a far country and the future an unknown one. Such are the strands of meaning in Daniel Mason’s new novel A Far Country, set in an unnamed country ravaged by blind forces of development, with a corrupt military regime waging a campaign to drive away the “backlanders” to free up every bit of arable land and usable water for large-scale agriculture . . . The story follows a 14-year-old girl named Isabel, who joins the waves of displaced backlanders bound for the city, where her brother and a cousin have gone before her . . . . [A Far Country] holds fascination to the end.”
–Vernon Peterson, The Oregonian

“Mason has crafted a touching story of how a family bond can withstand challenges and great difficulties.”
–Don Kazak, Palo Alto Weekly

“Lyrical, observant . . . [A Far Country] is for people who love writing, people whose interest is as much in the way the story is told as in the story itself, in watching the way a gifted writer’s imagination works . . . The overtones in A Far Country are of Latin American writers like Gabriel Garcia Márquez [but] Mason creates a place that is many places, giving the novel the character of a fable. At the same time, he also deftly maintains an actuality–we feel we’re in a real place . . . Mason explores the book’s landscapes, rural and urban, with a fresh and unjaded eye . . . Keenly perceived, richly imagined and delicately felt.”
–Charles Matthews, San Jose Mercury News

“A tale of a magical, dirt-poor girl searching for her beloved brother. Mason’s power as a storyteller is to plunge the reader into a world so perfectly detailed that we don’t just see it through the protagonist’s eyes. All of our senses are engaged. Every taste, smell and sound is viscerally perceptible. When the sun beats down, we feel the sweat. When the character is in pain, we wince . . . Set in an unnamed country, A Far Country is a story of a girl named Isabel, from a drought-prone region deep in the northern interior . . . Her special powers of perception make her especially intriguing . . . The family’s situation deteriorates to the point where Isabel’s parents fear she will die if they do not do something, [so they] send her, at age 14, [to] a menacing city. Once [she arrives], the hard-luck life of the village now seems like the good old days . . . What keeps Isabel going is her obsession with finding her brother, who has disappeared . . . . Mason’s unflinching depiction of hunger and deprivation is reminiscent of the work of the great French writer Emile Zola, whose naturalistic portrayal of miners in his 19th century novel Germinal raised consciousness regarding the plight of exploited workers . . . . [A Far Country] reminds us that ‘the poor’ or ‘immigrants’ are not singular, solid concepts but collective nouns that refer to individuals, all with unique stories and struggles, painful pasts and uncertain futures, surrounded by or separated from loved ones, just trying to make it day by day, inch by inch . . . Penetrating . . . Vivid.”
–Regan McMahon, San Francisco Chronicle, cover

“A wonderful novel . . . Daniel Mason’s The Piano Tuner was a phenomenon [but] A Far Country should be a phenomenon in its own right . . . Mason has a remarkable imagination. He can capture the most intimate details of lives that are completely different from his own and place them convincingly in distant places and times . . . A Far Country is about a very young girl growing up in a remote village in the dry, impoverished backcountry of an unnamed country . . . Isabel is naïve and ignorant of the greater world, but not at all stupid. She understands her village and its rhythms extremely well, and she navigates unerringly in the sugar cane fields that support it in rainy years. She has an uncanny ability to find things. [Her] extra vision [also] serves her well as she navigates the big city. Does she find her brother? I won’t tell, but the ending is both surprising and satisfying. And the search is even more satisfying than the solution . . . Mason says he hopes to both practice medicine and write. If his clinical skills approach his writing skills, he’s guaranteed success in both fields . . . A Far Country takes a fulfilling journey.”
–Bill Campbell, Milwaukee Journal Sentinel

“The story behind The Piano Tuner, Daniel Mason’s debut novel, has become, itself, the stuff of fiction. Mason was just 26 when the highly acclaimed best seller was released, [and] wrote the book while attending medical school in San Francisco . . . Readers wondered whether the book–an exquisitely crafted historical drama–was a fluke. With the release of A Far Country,  all doubts should vanish. Mason’s new novel doesn’t disappoint. [It is] a beautifully told, heart-wrenching tale. Like its predecessor, the novel is set in an exotic locale–presumably somewhere in South America, though Mason never says–and it brings to life complex central characters: Isabel, a 14-year-old girl; Isaias, her older brother; and the drought, a cruel lack of rain that plays a pivotal role in the narrative, prompting Isaias, and later Isabel, to go to ‘the city’ in a largely unsuccessful effort to earn money. Mason’s descriptions are his strength. Readers will feel the dry mouths of babies, see the dusty fields, hear the rumbling of hungry bellies. The still-young author’s use of language reflects the skill and maturity of a true natural talent. He can beautifully illuminate the simplest, everyday incidents . . . . Since the release of The Piano Tuner, which has been adapted as a play and an opera, and is in production as a film, Mason has finished medical school. He hasn’t yet done his residency and is at work on a new book. Thank goodness.”
–Kim Curtis, Associated Press

“This highly anticipated second novel from Mason, following The Piano Tuner, doesn’t disappoint. Once again Mason employs his unusual, remarkable prose style to tell of a journey of discovery. Fourteen-year-old Isabel, born with the gift of ‘seeing farther, hearing better,’ lives on the edge of a sugarcane plantation in an unnamed Third World country. Land grabbing by government officials and a long drought have turned the people in her small, close-knit village sullen and silent . . . Desperate, [Isabel’s parents] decide to send her to the city to live with her cousin and her adored older brother, Isaias. But Isabel finds that the city is far from the paradise she envisioned, [and] worst of all, her brother has not been seen for weeks. As Isabel attempts to find [him], she must deal with both the contempt of the rich and the pity of city bureaucrats, but she never loses her determination or sense of self-worth. Mason invests his story with all the power of a fable, one that gives Isabel’s personal bravery its due while also relaying the timelessness of human suffering.”
–Joanne Wilkinson, Booklist
Read More 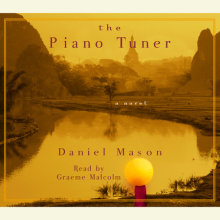