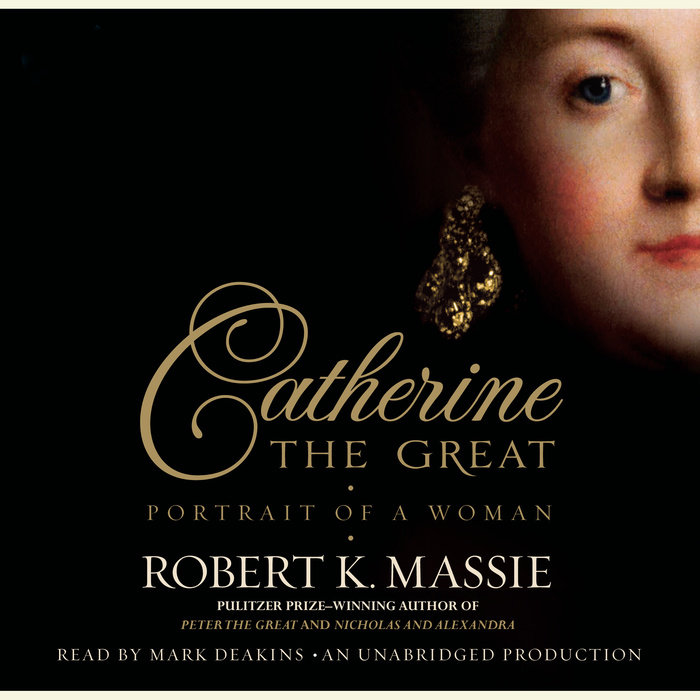 “[A] compelling portrait not just of a Russian titan, but also of a flesh-and-blood woman.”—Newsweek

Robert K. Massie returns with another masterpiece of narrative biography, the extraordinary story of an obscure German princess who became Catherine the Great. Born into a minor noble family, Catherine transformed herself into empress of Russia by sheer determination. For thirty-four years, the government, foreign policy, cultural development, and welfare of the Russian people were in her hands. She dealt with domestic rebellion, foreign wars, and the tidal wave of political change and violence churned up by the French Revolution. Catherine’s family, friends, ministers, generals, lovers, and enemies—all are here, vividly brought to life. History offers few stories richer than that of Catherine the Great. In this book, an eternally fascinating woman is returned to life.
Read More
“What Catherine the Great offers is a great story in the hands of a master storyteller.”—The Wall Street Journal

“What a woman, what a world, what a biography.”—USA Today

“[Massie] hasn’t lost his mojo. . . . A consistently nimble and buoyant performance. . . . [Massie] has always been a biographer with the instincts of a novelist. He understands plot—fate—as a function of character, and the narrative perspective he establishes and maintains, a vision tightly aligned with that of his subject, convinces a reader he’s not so much looking at Catherine the Great as he is out of her eyes. . . . Juicy and suspenseful.”—Kathryn Harrison, The New York Times Book Review

“[A] meticulously detailed work about Catherine and her world. . . . Massie makes Catherine’s story as gripping as that of any novel. His book does full justice to a complex and fascinating woman and to the age in which she lived.”—Historical Novels Review