home
x
Subscribe
- Random House Audio -
Written By: Jane Mayer
Read By: Richard McGonagle
25
Unabridged Download
-9780739375938 -
*Manufacturerâ€™s Suggested Retail Price. See retailer for details.
The Dark Side
The Inside Story of How The War on Terror Turned into a War on American Ideals 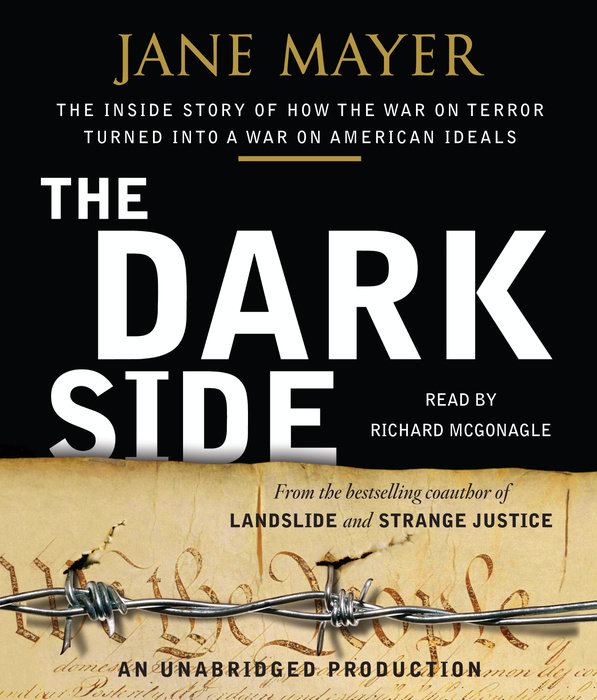 Written by: Jane Mayer
Read by: Richard McGonagle
16 Hours and 48 Minutes Imprint: Random House Audio Genre: History - United States - 21St Century Release Date: July 15, 2008
In the days following September 11, the most powerful people in the country were panic-stricken. The decisions about how to combat terrorists and strengthen national security were made in a state of utter chaos and fear, but the key players, Vice President Dick Cheney and his powerful, secretive adviser David Addington, used the crisis to further a long-held agenda to enhance presidential powers to a degree never known in U.S. history.

The Dark Side is a riveting narrative account of how the U.S. made terrible decisions in the pursuit of terrorists–decisions that not only violated the Constitution, but also hampered the pursuit of Al Qaeda. In gripping detail, acclaimed New Yorker writer and bestselling author Jane Mayer relates specific cases, shown in real time against the larger tableau of Washington, looking at the intelligence gained–or not–and the price paid. In all cases, whatever the short-term gains, there were incalculable losses in terms of moral standing, our country’s place in the world, and its sense of itself. The Dark Side chronicles one of the mostdisturbing chapters in American history, one that will serve as the lasting legacy of the George W. Bush presidency.
Read More
“A powerful, brilliantly researched and deeply unsettling book….extraordinary and invaluable” —Alan Brinkley, New York Times Book Review


"If you intend to vote in November and read only one book between now and then, this should be it.” —Los Angeles Times

"The Dark Side is a gripping, meticuously researched and deeply disturbing book that vindicates the observation of the great Supreme Court Justice Louis Brandeis that 'the greatest dangers to liberty lurk in insidious encroachment by men of zeal, well-meaning but without understanding.' Mayer notes that the Bush Administration was repeatedly warned by experts in military and the FBI as well as by loyal Republican lawyers inside the Administration that 'the short-term benefits of its extralegal apporach to fighting terrorism would have tragically destructive long-term consequences for both the rule of law and America's interests in the world.' Instead of heeding thi well-intentioned advvice, the Administration 'invoked the fear flowing from the [9/11] attacks' and 'sanctioned coerced confessions, extrajuidicial detention, and other violations of individuals' liberties that had been prohibited since the country's founding.' Provoking governments to overreact is a common objective of terrorist organizations. If that was what al Qaeda sought to do on 9/11, it hit the jackpot."--Parameters Magazine, the United States Army's Senior Professional Journal

“In The Dark Side, Jane Mayer, a staff writer for the New Yorker, documents some of the ugliest allegations of wrongdoing charged against the Bush administration. To dismiss these as wild, anti-American ravings will not do. They are facts, which Mayer substantiates in persuasive detail, citing the testimony not of noted liberals like Noam Chomsky or Keith Olbermann but of military officers, intelligence professionals, "hard-line law-and-order stalwarts in the criminal justice system" and impeccably conservative Bush appointees who resisted the conspiracy from within the administration.”
—Washington Post Book World

“Whatever it takes to get those bastards. The true nature of our Faustian bargain would not become clear until later, and maybe it needed a journalist as steely and tenacious as Jane Mayer to give us the full picture. "The Dark Side" is about how the war on terror became "a war on American ideals," and Mayer gives this story all the weight and sorrow it deserves. Many books get tagged with the word "essential"; hers actually is.”
—Salon.com


“In Jane Mayer's angry and important book ``The Dark Side,'' the tenacious New Yorker reporter takes us, step by step, through the process by which practices and methods we associate with tyrannies became official U.S. policy.” —Bloomberg

“(In) The Dark Side, Jane Mayer’s riveting and shocking new book, and not the least of the themes to emerge from it is that we’ve witnessed something new in American history: the imperial vice presidency.” —New York Observer

“Essential reading for those who think they can stand the truth.” — Bob Herbert, New York Times 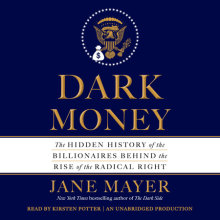