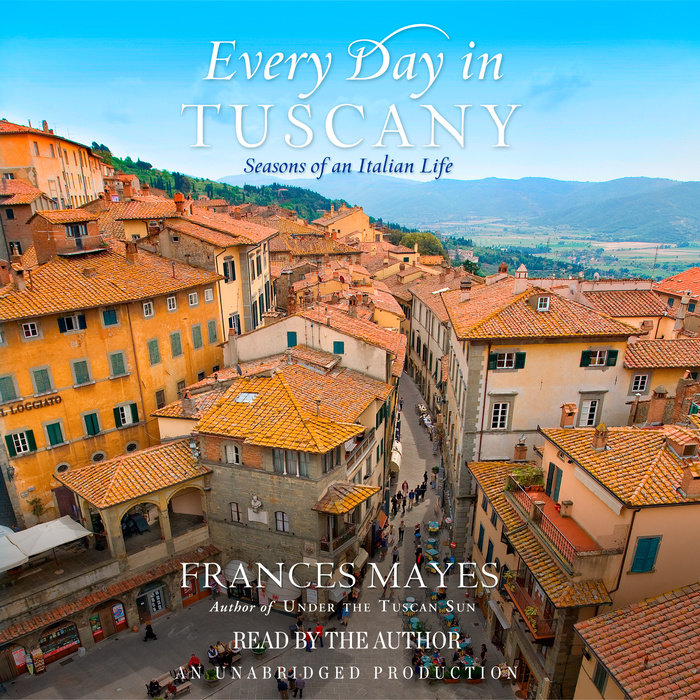 Frances Mayes offers her readers a deeply personal memoir of her present-day life in Tuscany, encompassing both the changes she has experienced since Under the Tuscan Sun and Bella Tuscany appeared, and sensuous, evocative reflections on the timeless beauty and vivid pleasures of Italian life. Among the themes Mayes explores are how her experience of Tuscany dramatically expanded when she renovated and became a part-time resident of a 13th century house with a stone roof in the mountains above Cortona, how life in the mountains introduced her to a "wilder" side of Tuscany--and with it a lively  engagement with Tuscany's mountain people. Throughout, she reveals the concrete joys of life in her adopted hill town, with particular attention to life in the piazza, the art of Luca Signorelli (Renaissance painter from Cortona), and the pastoral pleasures of feasting from her garden.  Moving always toward a deeper engagement, Mayes writes of Tuscan icons that have become for her storehouses of memory, of crucible moments from which bigger ideas emerged, and of the writing life she has enjoyed in the room where Under the Tuscan Sun began.

With more on the pleasures of life at Bramasole, the delights and challenges of living in Italy day-to-day and favorite recipes, Every Day in Tuscany is a passionate and inviting account of the richness and complexity of Italian life.
Read More
KIRKUS REVIEWS
JANUARY 1st, 2010
MAYES, FRANCES
EVERY DAY IN TUSCANY
Seasons of an Italian Life
Broadway (320 pp)
$25.00
March 9, 2010
ISBN: 978-0-7679-2982-0
Mayes (A Year in the World: Journeys of a Passionate Traveller, 2006, etc) continues to gather voluptuous memories in Tuscany…and Umbria, Liguria, the Marche and beyond.
This collection of two-dozen set pieces finds the author true to her romantic form-hungry to live as close to the bone in her corner of Tuscany as possible, to drink in equal measure from the local wine, the paintings of Luca Signorelli, village folklore and the lilac morning sky. Occasionally she slips into deliquescence, but mostly she’s stirring the reader’s gastric juices with luscious tales from the table or tendering a descriptive nugget that holds fast in the mind’s eye. This might be a day trip to nearby Loreto, "home of the house of the Virgin Mary, borne aloft by angels in 1294, and blown in a storm from Croatia, where it has paused en route from Nazareth"; a morning spent foraging asparagus, fennel flowers and figs; an owl that lifts the roof tiles and squeezes into the attic; or finding a grenade, with accompanying warning note, in her front yard. This last event was the result of a certain dissenting brashness she brought to a civic issue. Understandably distraught, Mayes never quite convinces the reader that the "bomba" will end her days in Cortona, but rather she will learn how to get her opinion heard without discovering explosives in the garden. Food is the pivot around which her days swing, and Mayes serves it forth with brio and dash-and recipes, including stuffed and fried olives, Parmesan flan and chicken under a brick. If the parade of art, food, elemental landscape and abiding camaraderie gives the reader a case of eye-ache and envy, the author can only be admired for having worked hard to earn the life and for celebrating it with such genuine relish.
Mayes the sensualist in full bloom. (Local events and interviews out of Raleigh/Durham. Agent: Peter Ginsberg/Curtis Brown).

Every Day in Tuscany: Seasons of an Italian Life Frances Mayes Broadway, $25 (320p) ISBN 978-0-7679-2982-0
In her most recent Tuscan tour, Mayes conducts readers through the gentle and sometimes violent and disruptive undulations of the seasons from winter to summer in her Tuscan home of Bramasole. In this new memoir, she reflects on the palpable scents emitted by the old-growth chestnut, apple, and olive trees, the jovial hospitality and strength of her friends and neighbors, and the familiar and sometimes disturbing sounds of herds of wild boars rushing through the orchards. Mayes and her husband, Ed, situated themselves even more firmly in Tuscany a few years ago when they discovered a falling-down stone cottage on a rugged slope and restored it as a second home. We follow Mayes as she forages for the prized amarini, cherries the size of five-caret rubies, which are bottled with alcohol and brought out in winter to spoon over polenta cake, pears, blackberries, asparagus, fennel flowers, and figs. We continue on our journey with her as she leads us in search of the great Renaissance artist Luca Signorelli from Cortona, where her new house lies. Mayes’s affectionate and warm memoir vividly celebrates the lush abundance and charm of daily life in the Italian countryside. (Mar.)

Mayes, Frances. Every Day in Tuscany: Seasons of an Italian Life. Broadway. Mar. 2010. 288p. ISBN 978-0-7679-2982-0. $25.
The woman who singlehandedly started the travel-memoir craze returns with more on her life in Tuscany, including her purchase and renovation of a new house in a 13th-century village. With a four-city tour; can't miss.


Booklist
Every Day in Tuscany: Seasons of an Italian Life.
Mayes, Frances (Author)
Mar 2010. 320 p. Broadway, hardcover, $25.00. (9780767929820). 945.
Almost 20 years have passed since Mayes planted roots in a dilapidated (read: insanely charming) old farmhouse outside the Tuscan hill town of Cortona. Now, in her third memoir, she takes us to her second Italian abode, a rundown (read: cozy and idyllic) cottage in the woods. We take an hour walk to gather the makings for tonight’s dinner, we smell the lemon trees growing in the next room over; we’re right there with Mayes, fighting every urge to jump straight into these sun-soaked and citrus-scented pages. Also on the menu: Mayes serves up a delightful smattering of the recipes that she has the undisputed privilege to enjoy during lengthy dinners with friends. Following in the tradition of her first two memoirs, Under the Tuscan Sun (1996) and Bella Tuscany (1999), Mayes is generous with her thoughts, and her evocative writing simply oozes charm and warmth. In these times, this quick read is a thoroughly enjoyable way to
visit Italy without once considering the heartbreaking dollar-to-euro conversion rate.
— Annie Bostrom
Read More 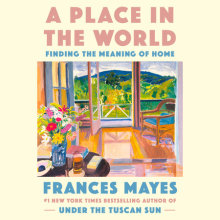 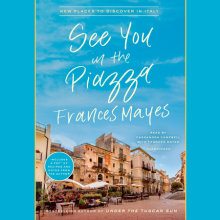 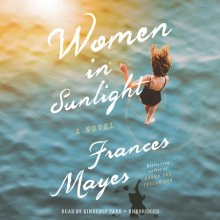 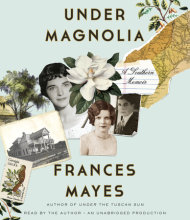