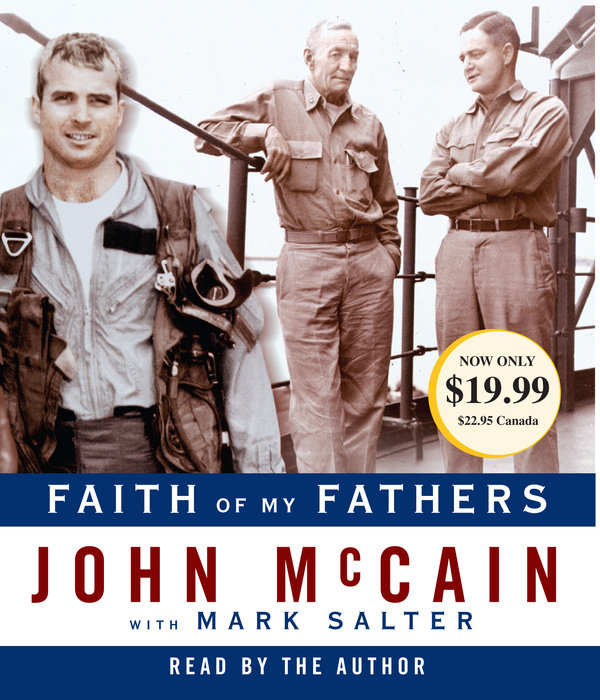 Written by: John McCain & Mark Salter
Read by: John McCain
4 Hours and 50 Minutes Imprint: Random House Audio Genre: Biography & Autobiography - Political Release Date: February 26, 2008
John McCain is one of the most admired leaders in the United States government, but his deeply felt memoir of family and war is not a political one and ends before his election to Congress. With candor and ennobling power, McCain tells a story that, in the words of Newsweek, "makes the other presidential candidates look like pygmies."

John McCain learned about life and honor from his grandfather and father, both four-star admirals in the U.S. Navy. This is a memoir about their lives, their heroism, and the ways that sons are shaped and enriched by their fathers.

John McCain's grandfather was a gaunt, hawk-faced man known as Slew by his fellow officers and, affectionately, as Popeye by the sailors who served under him. McCain Sr. played the horses, drank bourbon and water, and rolled his own cigarettes with one hand. More significant, he was one of the navy's greatest commanders, and led the strongest aircraft carrier force of the Third Fleet in key battles during World War II.

John McCain's father followed a similar path, equally distinguished by heroic service in the navy, as a submarine commander during World War II. McCain Jr. was a slightly built man, but like his father, he earned the respect and affection of his men. He, too, rose to the rank of four-star admiral, making the McCains the first family in American history to achieve that distinction. McCain Jr.'s final assignment was as commander of all U.S. forces in the Pacific during the Vietnam War.

It was in the Vietnam War that John McCain III faced the most difficult challenge of his life. A naval aviator, he was shot down over Hanoi in 1967 and seriously injured. When Vietnamese military officers realized he was the son of a top commander, they offered McCain early release in an effort to embarrass the United States. Acting from a sense of honor taught him by his father and the U.S. Naval Academy, McCain refused the offer. He was tortured, held in solitary confinement, and imprisoned for five and a half years.

Faith of My Fathers is about what McCain learned from his grandfather and father, and how their example enabled him to survive those hard years. It is a story of three imperfect men who faced adversity and emerged with their honor intact. Ultimately, Faith of My Fathers shows us, with great feeling and appreciation, what fathers give to their sons, and what endures.
Read More
"The most engrossing book to appear in a long time from a presidential candidate....McCain's memoir is too good to be dismissed as simply another campaign book. It is a serious, utterly gripping account of faith, fathers, and the military."
—Publishers Weekly (starred review)

"Faith of My Fathers may also appeal to those who flocked to Saving Private Ryan and kept Brokaw's The Greatest Generation near the top of the bestseller lists." —Library Journal

"Faith of My Fathers is the powerful story of a war hero. In it we learn much of what matters most. As prisoner (and later Senator) McCain instructs us: Glory is not an end in itself, but rather a reward for valor and faith. And the greatest freedom and human fulfillment comes from engaging in a noble enterprise larger than oneself. Faith of My Fathers teaches deep truths that are valid in any age but that warrant special attention in our own." —William J. Bennett

"Faith of My Fathers is a gripping story of character and courage: character passed down from generation to generation by sterling examples of family bonds and devotion to duty; courage that ultimately comes from within, as John McCain learned in the brutual prison camps of North Vietnam. This is a sobering and glorious book that you won't be able to put down." —General Colin L. Powell (retired)

"A candid, moving, and entertaining memoir...Impressive and inspiring, the story of a man touched and molded by fire, who loved and served his country in a time of great trouble, suffering, and challenge."
—Kirkus Reviews
Read More 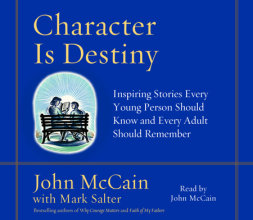 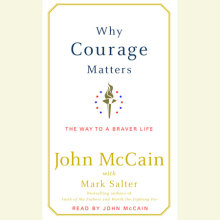 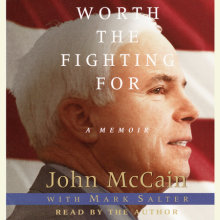