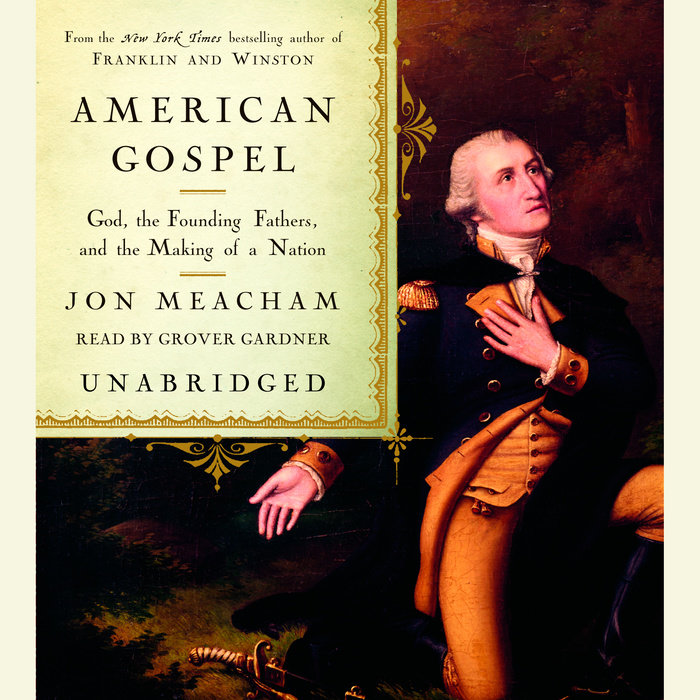 In American Gospel (literally meaning the "good news about America"), New York Times bestselling author Jon Meacham sets the record straight on the history of religion in American public life. As Meacham shows, faith --meaning a belief in a higher power, and the sense that we are God's chosen people-- has always been at the heart of our national experience, from Jamestown to the Constitutional Convention to the Civil Rights Movement to September 11th. And yet, first and foremost, America is a nation founded upon the principles of liberty and freedom. Every American is free to exercise his own faith or no faith at all. And so a balance is struck, between public religion and private religion; and religious belief is distinct from morality. As Meacham explains, the well-known "wall" between church and state has always separated private religion from the business of the state, yet religious belief is part of the basic foundation of government. Brilliantly articulating an argument that links the Founding Fathers to an insightful contemporary point of view, American Gospel renews our understanding of history, and what public religion has meant in America, so that we can move beyond today's religious and political extremism toward a truer understanding of the place of faith in American society.
Read More
“In his American Gospel, Jon Meacham provides a refreshingly clear, balanced, and wise historical portrait of religion and American politics at exactly the moment when such fairness and understanding are much needed. Anyone who doubts the relevance of history to our own time has only to read this exceptional book.”—David McCullough, author of 1776

“Jon Meacham has given us an insightful and eloquent account of the spiritual foundation of the early days of the American republic. It is especially instructive reading at a time when the nation is at once engaged in and deeply divided on the question of religion and its place in public life.”—Tom Brokaw, author of The Greatest Generation

“An absorbing narrative full of vivid characters and fresh thinking, American Gospel tells how the Founding Fathers–and their successors–struggled with their own religious and political convictions to work out the basic structure for freedom of religion. For me this book was nonstop reading.”—Elaine Pagels, professor of religion, Princeton University, author of Beyond Belief: The Secret Gospel of Thomas

“Jon Meacham is one of our country’s most brilliant thinkers about religion’s impact on American society. In this scintillating and provocative book, Meacham reveals the often-hidden influence of religious belief on the Founding Fathers and on later generations of American citizens and leaders up to our own. Today, as we argue more strenuously than ever about the proper place of religion in our politics and the rest of American life, Meacham’s important book should serve as the touchstone of the debate.”—Michael Beschloss, author of The Conquerors