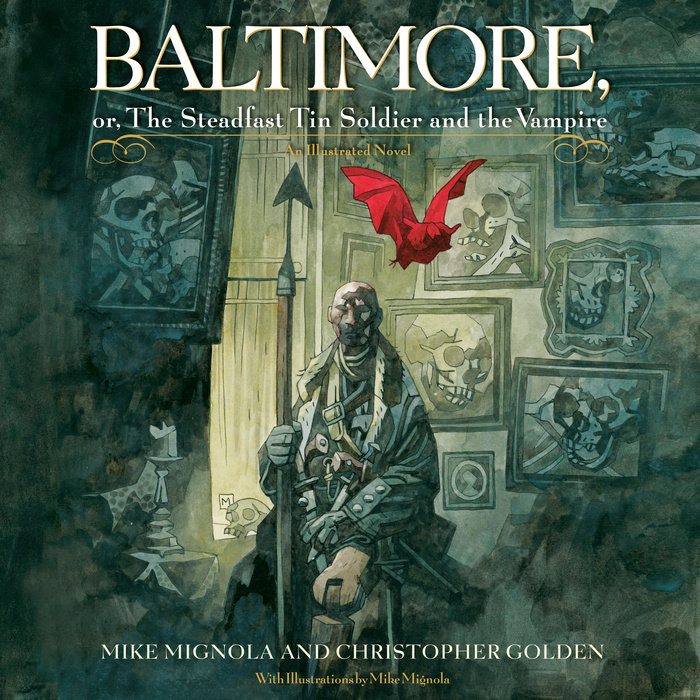 Written by: Mike Mignola & Christopher Golden
Read by: Colin Mace
9 Hours and 16 Minutes Imprint: Random House Audio Genre: Fiction - Fantasy - Dark Fantasy Release Date: May 10, 2022
New York Public Library Books for the Teen AgeBooklist Editor's Choice for Young Adults
From celebrated comic artist Mike Mignola and award-winning novelist Christopher Golden comes a work of gothic storytelling like no other. Reminiscent of the illustrated tales of old, here is a lyrical, atmospheric novel of the paranormal—and a chilling allegory for the nature of war.

“Why do dead men rise up to torment the living?” Captain Henry Baltimore asks the malevolent winged creature. The vampire shakes its head. “It was you called us. All of you, with your war. The roar of your cannons shook us from our quiet graves…. You killers. You berserkers…. You will never be rid of us now.”

When Lord Henry Baltimore awakens the wrath of a vampire on the hellish battlefields of World War I, the world is forever changed. For a virulent plague has been unleashed—a plague that even death cannot end.

Now the lone soldier in an eternal struggle against darkness, Baltimore summons three old friends to a lonely inn—men whose travels and fantastical experiences incline them to fully believe in the evil that is devouring the soul of mankind.

As the men await their old friend, they share their tales of terror and misadventure, and contemplate what part they will play in Baltimore’s timeless battle. Before the night is through, they will learn what is required to banish the plague—and the creature who named Baltimore his nemesis—once and for all.
Read More
“Final word: Mignola's stark black-and-white illustrations are an excellent complement to Golden's words in that rarest of supernatural novels: an original vampire tale.”—Rocky Mountain News

"Baltimore is an old time rootin' tootin' sense of wonder story dragged through a modern blender, then slow baked in hell. I loved it. It was velvet bullet—speedy and rich in sensation. Go boys, go."—Joe R. Lansdale

“With Baltimore, Mike Mignola and Christopher Golden lay siege to the reader's imagination with a grim battalion of gothic images and a thunderous barrage of narrative artillery. This is not a novel: it's a war machine. Surrender immediately.”—Joe Hill, author of Heart-Shapped Box

"I have admired Mike Mignola both as an artist and as a tremendous story teller pretty much since his career began. In this collaboration with Christopher Golden, it’s fair to say he surpasses himself. He and Golden have produced a witty classic of supernatural fiction.”—Michael Moorcock, bestselling author of The Elric Saga

“A haunting allegory on the nature of war.... Stark monochromatic illustrations from Mignola enhance this dramatic tale of war and fear.”—Publishers Weekly

“Outstanding.... Mike Mignola's outstanding black-and-white illustrations turn the book into a beautiful object and add to its overall storybook quality. He and Golden have outdone themselves with Baltimore, a gorgeous, haunting tale that may well become a classic.”—Fangoria
Read More 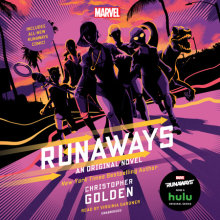