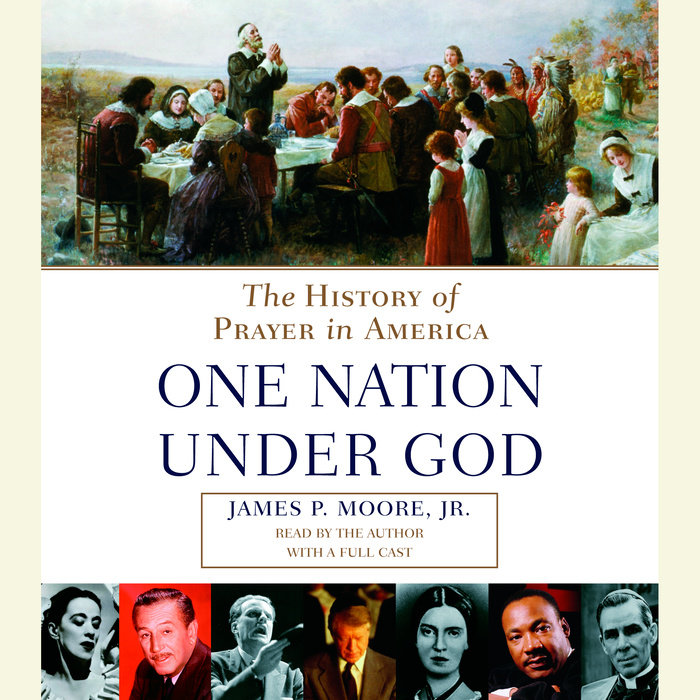 In this highly original approach to the history of the United States, James Moore focuses on the extraordinary role that prayer has played in every area of American life, from the time of the first settlers to the present day and beyond.

A stirring chronicle of the spiritual life of a nation, One Nation Under God shows how the faith of Americans—from the founding fathers to corporate tycoons, from composers to social reformers, from generals to slaves—was an essential ingredient in the formation of American culture, character, commerce and creed.

One Nation Under God brings together the country’s hymns, patriotic anthems, arts, and literature as a framework for telling the story of the innermost thoughts of the people who have shaped the United States we know today. Beginning with Native Americans, One Nation Under God traces the prayer lives of Quakers and Shakers, Sikhs and Muslims, Catholics and Jews, from their earliest days in the United States through the advent of cyberspace, the aftermath of 9/11, and the 2004 presidential election. It probes the approach to prayer by such diverse individuals as Benjamin Franklin, Elvis Presley, Frank Lloyd Wright, Martha Graham, J. C. Penney, Mary Pickford, Cesar Chavez, P. T. Barnum, Jackie Robinson, and Christopher Columbus. It includes every president of the United States as well as America’s farmers, clergy, immigrants, industrialists, miners, sports heroes, and scientists.

One Nation Under God shows that without prayer, the political, cultural, social, and even economic and military history of the United States would be vastly different from what it is today. It engages in a thoughtful, timely examination of the modern debate over public prayer and how the current approach to prayer bears deep roots in the philosophies of the country’s founding fathers, a subject which remains distinct from the debate over church and state.
Read More
Advance praise for One Nation Under God

“In this day and age we need to be reminded of what unites us as Americans rather than divides us. Jim Moore’s One Nation Under God speaks uniquely and eloquently to the resounding spiritual life and common heritage that we share as a people. I am convinced that this book will be discussed in America’s churches, town halls, and coffee shops for a very long time to come.”


“One Nation Under God will become the most talked about book of the year. Given that nothing like it has ever been written, it surely will become an overnight sensation. Readers will find it hard to put it down, as I did. No one should miss it.”


“I am enormously impressed with the scholarship and research that has gone into this book. I am convinced that it will have a resonance like few other works for many years to come.”


“One Nation Under God may well outsell ‘Gone with the Wind’ and with a superior message. This book is a great idea, beautifully written and executed


“My husband (General Omar N. Bradley) would have loved this book and in particular its treatment of prayer during wartime. One Nation Under God is nothing less than a national treasure for all Americans to appreciate now and in the future.”

“One Nation Under God is a fascinating pageant of conscience, urgency, pious pleading, and faithful prayer. Jim Moore has done a truly extraordinary job in telling this nation’s history through prayer, reminding us not only of the turbulent events of our history, but of our dreams and our sacred hopes.”


“Jim Moore has been prodigious in composing an exceptional, all-encompassing look into the prayer life of the country that is destined to become a national best seller.”

—Reza Aslan
Author of No God But God
Read More 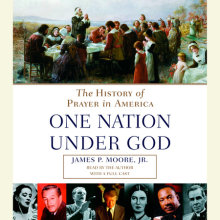