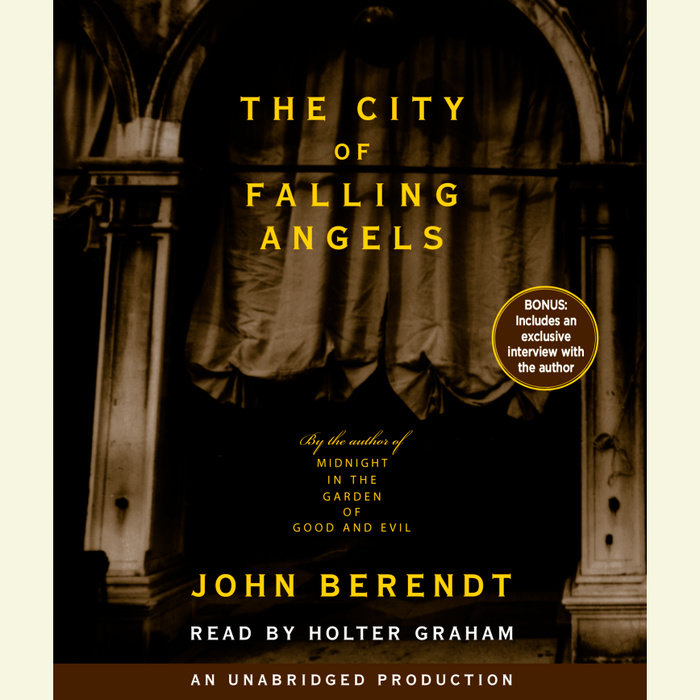 Written by: John Berendt
Read by: John Berendt & Holter Graham
12 Hours and 53 Minutes Imprint: Random House Audio Genre: Travel - Essays & Travelogues Release Date: September 27, 2005
It was seven years ago that Midnight in the Garden of Good and Evil achieved a record-breaking four-year run on the New York Times bestseller list. John Berendt's inimitable brand of nonfiction brought the dark mystique of Savannah so startlingly to life for millions of people that tourism to Savannah increased by 46%. It is Berendt and only Berendt who can capture Venice--a city of masks, a city of riddles, where the narrow, meandering passageways form a giant maze, confounding all who have not grown up wandering into its depths. Venice, a city steeped in a thousand years of history, art and architecture, teeters in precarious balance between endurance and decay. Its architectural treasures crumble--foundations shift, marble ornaments fall--even as efforts to preserve them are underway.

THE CITY OF FALLING ANGELS opens on the evening of January 29, 1996, when a dramatic fire destroys the historic Fenice opera house. The loss of the Fenice, where five of Verdi's operas premiered, is a catastrophe for Venetians. Arriving in Venice three days after the fire, Berendt becomes a kind of detective--inquiring into the nature of life in this remarkable museum-city-- while gradually revealing the truth about the fire. In the course of his investigations, Berendt introduces us to a rich cast of characters: a prominent Venetian poet whose shocking 'suicide' prompts his skeptical friends to pursue a murder suspect on their own; the First Family of American expatriates who lose possession of the family palace after four generations of ownership; an organization of high-society, party-going Americans who raise money to preserve the art and architecture of Venice, while quarreling in public among themselves, questioning each other's motives and drawing startled Venetians into the fray; a contemporary Venetian surrealist painter and outrageous provocateur; the master glassblower of Venice; and numerous others--stool-pigeons, scapegoats, hustlers, sleepwalkers, believers in Martians, the Plant Man, the Rat Man, and Henry James.

Berendt tells a tale full of atmosphere and surprise as the stories build, one after the other, ultimately coming together to reveal a world as finely drawn as a still-life painting. The fire and its aftermath serve as a leitmotif that runs throughout, adding to the elements of chaos, corruption and crime, and contributing to the ever-mounting suspense of this brilliant audiobook.

Berendt has given us something uniquely different . . . . Thanks to [his] splendid cityportrait, even those of us far from Venice can marvel. —The Wall Street Journal
Read More 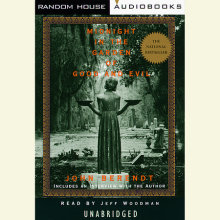