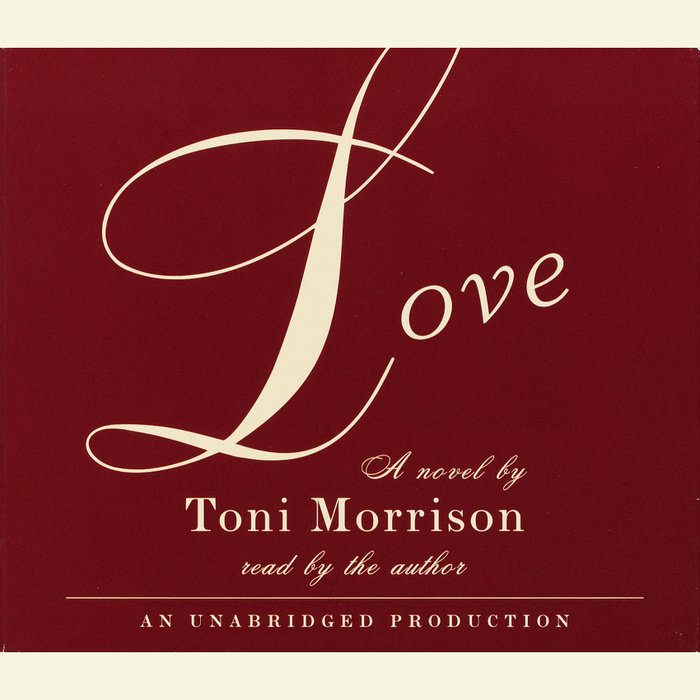 From the internationally acclaimed Nobel laureate comes a richly conceived novel that illuminates the full spectrum of desire.

May, Christine, Heed, Junior, Vida -- even L: all women obsessed by Bill Cosey. More than the wealthy owner of the famous Cosey Hotel and Resort, he shapes their yearnings for father, husband, lover, guardian, friend, yearnings that dominate the lives of these women long after his death. Yet while he is both the void in, and the centre of, their stories, he himself is driven by secret forces -- a troubled past and a spellbinding woman named Celestial.

This audacious vision of the nature of love -- its appetite, its sublime possession, its dread -- is rich in characters and striking scenes, and in its profound understanding of how alive the past can be.

A major addition to the canon of one of the world’s literary masters.

This is coast country, humid and God fearing, where female recklessness runs too deep for short shorts or thongs or cameras. But then or now, decent underwear or none, wild women never could hide their innocence -- a kind of pitty-kitty hopefulness that their prince was on his way. Especially the tough ones with their box cutters and dirty language, or the glossy ones with two-seated cars and a pocketbook full of dope. Even the ones who wear scars like Presidential medals and stockings rolled at their ankles can’t hide the sugar-child, the winsome baby girl curled up somewhere inside, between the ribs, say, or under the heart. -- from Love
Read More
"It's a dense, dark star of a novel, seemingly eccentric, secretly shapely, and with Morrison writing at the top of her game."
—David Gates, Newsweek

"Haunting. In lyrical flashbacks, Morrison slowly, teasingly reveals the glories and horrors of the past. Morrison has crafted a gorgeous, stately novel."
—Publisher's Weekly

"Love is a profound novel. As a vivid painter of human emotions, Morrison is without peer, her impressions rendered in an exquisitely metaphoric but comfortably open style."
—Brad Hooper, Booklist (starred and boxed review)

"A gorgeous deployment of enigmatic flashbacks, Love is an elegantly shaped epic of infatuation, enslavement, and liberation: a rich and heartening return to Nobel-worthy form."
—Kirkus (starred review)

“Love seduces with Toni Morrison’s signature lush prose and colorfully complex, textured scenes of human longing, suffering, and loss. She long ago claimed a place at the apex of American letters; her latest outing adds another darkly sparkling layer to that literary luster.”
—Elle (US)

Praise for Toni Morrison:
“There’s no escaping love in Toni Morrison’s novels: it’s a difficult, complicated, ferocious force that runs like a deep and turbulent river through all her fiction, sometimes transporting and sometimes destroying people. It’s no wonder her own characters cry out against it.”
—Catherine Bush

“To read [Paradise] is to be pulled into a passionate, contentious and sometimes violent world and to confront questions as old as human civilization itself. . . . It is a tale of Faulknerian complexity and power.”
—Time

“In each of her six novels she excavates the past, tunnelling through atrocities and griefs to reach back into an American history that has been long buried. The denied past becomes a ghost that haunts the present; old bones won’t stay safely underground.”
—Toronto Star

“In [Morrison’s] landscape, ghosts mingle with runaway slaves and wild men and women of the forest. Nothing and no one is ordinary, and perceptions shift as she reinvents the world.”
—The Globe and Mail

“In her novel Beloved. . .Ms. Morrison restores to the collective memory a particular strand of its emotive past, turning a story of former slaves into what amounts to a national epic. . . . She offers everyone — not just those injured — the chance to feel the pain, the injustice and the need for healing.”
—The New York Times Book Review

“The suppleness of her language verges on poetry. . . . The intensity of carnal love and the intensity of affection among strangers make for a kind of paradise.”
—The Financial Post
Read More