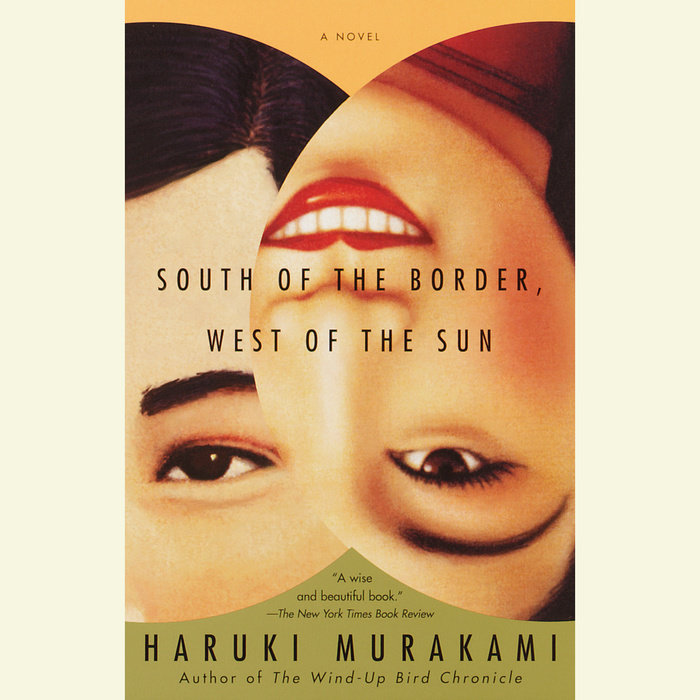 Written by: Haruki Murakami
Read by: Eric Loren
Translated by: Philip Gabriel
6 Hours and 34 Minutes Imprint: Random House Audio Genre: Fiction - Literary Release Date: October 08, 2013
South of the Border, West of the Sun is the beguiling story of a past rekindled, and one of Haruki Murakami’s most touching novels.

Hajime has arrived at middle age with a loving family and an enviable career, yet he feels incomplete. When a childhood friend, now a beautiful woman, shows up with a secret from which she is unable to escape, the fault lines of doubt in Hajime’s quotidian existence begin to give way. Rich, mysterious, and quietly dazzling, in South of the Border, West of the Sun the simple arc of one man’s life becomes the exquisite literary terrain of Murakami’s remarkable genius.
Read More
Praise for The Wind-Up Bird Chronicle:

"A labyrinth designed by a master, at once familiar and irresistibly strange."--Janice P. Nimura, San Francisco Sunday Examiner and Chronicle

Murakami [is] some kind of wizard...The apparent simplicity of his expression... nearly disguises the fact that The Wind-Up Bird Chronicle is, in the most time-honored sense, an epic...Every character, every story, nearly every circumstantial detail, appears to connect with every other in some ectoplasmic cat's cradle."--Luc Sante, New York

Mesmerizing...A major work...A love story one minute, a detective story the next, a psychological thriller, a New Age--ish bildungsroman, a sober chronicle of wartime atrocities, a meditation on historical guilt, and more, in dizzying succession...Murakami's most ambitious attempt yet to stuff all of modern Japan into a single fictional edifice."  --Elizabeth Ward, Washington Post Book World

A postwar successor [to] the Big Three of modern Japanese literature--Mishima, Kawabata, and Tanizaki...A cool forty-eight-year-old who once ran a jazz bar [and] has translated John Irving, Truman Capote, and Raymond Carver into Japanese, [Murakami] has been perfectly positioned to serve as the voice of hip, Westernized Japan...Yet none of his earlier books prepare one for his massive new Wind-Up Bird Chronicle, which digs relentlessly into the buried secrets of Japan's recent past."    --Pico Iyer, Time

A beguiling sense of mystery suffuses The Wind-Up Bird Chronicle and draws us irresistibly and ever deeper into the phantasmagoria of pain and memory... 'Every secret struggles to reveal itself,' Isaac Bashevis Singer once wrote. That's exactly what happens [here], and that's precisely why the book is so compelling and ultimately so convincing." --Jonathan Kirsch, Los Angeles Times Book Review
Read More