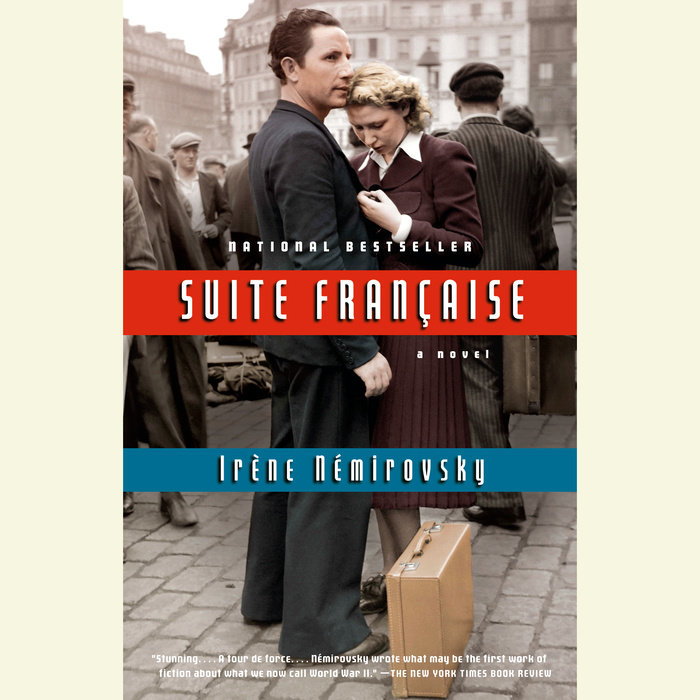 By the early l940s, when Ukrainian-born Irène Némirovsky began working on what would become Suite Française—the first two parts of a planned five-part novel—she was already a highly successful writer living in Paris. But she was also a Jew, and in 1942 she was arrested and deported to Auschwitz: a month later she was dead at the age of thirty-nine. Two years earlier, living in a small village in central France—where she, her husband, and their two small daughters had fled in a vain attempt to elude the Nazis—she’d begun her novel, a luminous portrayal of a human drama in which she herself would become a victim. When she was arrested, she had completed two parts of the epic, the handwritten manuscripts of which were hidden in a suitcase that her daughters would take with them into hiding and eventually into freedom. Sixty-four years later, at long last, we can read Némirovsky’s literary masterpiece

The first part, “A Storm in June,” opens in the chaos of the massive 1940 exodus from Paris on the eve of the Nazi invasion during which several families and individuals are thrown together under circumstances beyond their control. They share nothing but the harsh demands of survival—some trying to maintain lives of privilege, others struggling simply to preserve their lives—but soon, all together, they will be forced to face the awful exigencies of physical and emotional displacement, and the annihilation of the world they know. In the second part, “Dolce,” we enter the increasingly complex life of a German-occupied provincial village. Coexisting uneasily with the soldiers billeted among them, the villagers—from aristocrats to shopkeepers to peasants—cope as best they can. Some choose resistance, others collaboration, and as their community is transformed by these acts, the lives of these these men and women reveal nothing less than the very essence of humanity.