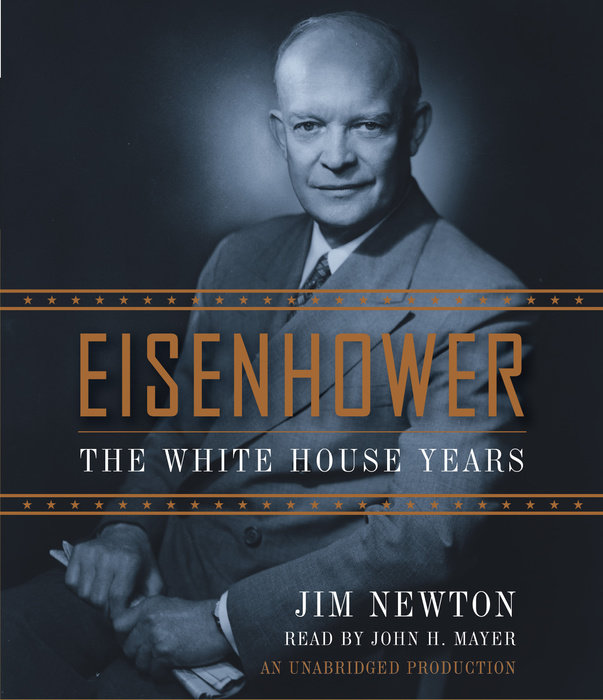 Newly discovered and declassified documents make for a surprising and revealing portrait of the president we thought we knew.

America’s thirty-fourth president was belittled by his critics as the babysitter-in-chief. This new look reveals how wrong they were. Dwight Eisenhower was bequeathed the atomic bomb and refused to use it. He ground down Joseph McCarthy and McCarthyism until both became, as he said, "McCarthywasm." He stimulated the economy to lift it from recession, built an interstate highway system, turned an $8 billion deficit in 1953 into a $500 million surplus in 1960. (Ike was the last President until Bill Clinton to leave his country in the black.)

The President Eisenhower of popular imagination is a benign figure, armed with a putter, a winning smile, and little else. The Eisenhower of veteran journalist Jim Newton's rendering is shrewd, sentimental, and tempestuous. He mourned the death of his first son and doted on his grandchildren but could, one aide recalled, "peel the varnish off a desk" with his temper. Mocked as shallow and inarticulate, he was in fact a meticulous manager. Admired as a general, he was a champion of peace. In Korea and Vietnam, in Quemoy and Berlin, his generals urged him to wage nuclear war. Time and again he considered the idea and rejected it. And it was Eisenhower who appointed the liberal justices Earl Warren and William Brennan and who then called in the military to enforce desegregation in the schools.

JIM NEWTON is a veteran journalist who began his career as clerk to James Reston at the New York Times. Since then, he has worked as a reporter at the Atlanta Constitution and as a reporter, bureau chief and editor at the Los Angeles Times, where he presently is the editor-at-large and author of a weekly column. He also is an educator and author, whose acclaimed biography of Chief Justice Earl Warren, Justice for All: Earl Warren and the Nation He Made, was published in 2006. He lives in Pasadena, CA.
Read More

"Newton's book is thorough and reasonable....What makes it valuable now is the timing: We need this book and its insights to judge the vicious and counterproductive politics of these days. This is a book worth reading."
—Richard Reeve, LA Times

"An essential narrative....[Newton's] objective is to tell the story, and he does so well, inviting us to form our own opinions and giving us a sense of an era that seems both quaint and comfortable in our own age of harsh polarization."
—The Wall Street Journal

"Drawing on declassified documents, Newton's narrative, especially of the many international crises, is clear, brisk, and insightful, a timely study of a master of consensus politics with lessons for today's polarized Washington."
—Publishers Weekly

"[Newton's] well-researched account shows that Eisenhower was an engaged, decisive leader guided by some bedrock moral and political beliefs . . . A well-done presentation that helps correct enduring perceptions about an effective but misunderstood presidency."
—Booklist

"A truly great book, spirited, balanced, and not just the story of President Eisenhower but of an era."
—Bob Woodward

"Jim Newton brings President Eisenhower to life, and we walk with him page by page as he’s transformed from epic General to two-term President. Newton navigates a fascinating journey from military leader to novice politician to one of the most beloved Presidents in our history."
—John F. Kerry, U.S. Senator

"Jim Newton does a masterful job illustrating the forces that confronted Dwight Eisenhower during his years in the White House, from nuclear politics to race relations to the federal debt and deficit. He paints a vivid portrait of a president struggling to find middle ground—sometimes successfully, sometimes not—but always with the good of the country in mind. While many Americans are intimately familiar with Eisenhower the general, less is known about Eisenhower the president. Newton artfully fills that void, examining the evolution of our 34th president from the invasion of Normandy to the political warfare of Washington."
—Dianne Feinstein, U.S. Senator

"Newton's contribution is as cogent an inventory of Eisenhower's White House years as I've ever read. He blends masterful writing with historic detail and provides the value-added of Ike as the man and the leader. This is a book for all who are interested in a better understanding of how America and the World were shaped post–WWII and for those who aspire to lead: Read Newton's book first."
—Chuck Hagel, Distinguished Professor, Georgetown University; U.S. Senator (1997–2009)

"Jim Newton has given us an entirely fresh look at Dwight Eisenhower - and his riveting book couldn't be more timely or useful today."
—Jeffrey Toobin, author of The Nine

"Ike's wisdom, born of experience and intellect, is on display in this important book, which heightens appreciation for his leadership. Newton reveals, for instance, that after the Korean War, only one American soldier was killed in combat during Eisenhower's presidency. This volume contributes to our understanding of an outstanding human being."
—George P. Shultz, 60th U.S. Secretary of State

“Dwight Eisenhower’s eight years as the 34th president of the United States marked a shining moment in American history. In short, it was a wonderful period of prosperity, peace and freedom. But during his presidency and for years afterwards, many believed that Ike was a decent but do-nothing president who left the hard work to others. In his book, Eisenhower: The White House Years, Jim Newton does a superb job of dispelling that false myth and describing Eisenhower as a dedicated chief executive who excelled at running the country.”
—James A. Baker, III, 61st U.S. Secretary of State

"Jim Newton's book is a fresh and welcome reminder that Dwight D. Eisenhower was not only a superb general, but a cunning, shrewd and surprisingly progressive politician, and one of our most important presidents. A very welcome book!"
—Michael Korda, author of Hero: The Life and Legend of Lawrence of Arabia

"As we enter another critical political season, there is little we can benefit from more than a knowledge of our 34th President, Dwight Eisenhower, his values and the giant decisions of his Presidency that those values motivated. Jim Newton's Eisenhower, The White House Years, simply and eloquently, delivers the man, his Presidency and, if America is paying attention, the life lessons that are his legacy."
—Norman Lear

“Jim Newton has written a captivating book that reinforces the rising tide of positive studies of the Eisenhower presidency. Gracefully written and rigorously researched, The White House Years introduces the reader to ‘a great man at the height of his power,’ a master at ‘waging peace,’ more effectively than any other post-war president.”

—David A. Nichols, author of Eisenhower 1956 and A Matter of Justice


“Jim Newton’s brilliant reassessment of Eisenhower’s presidency is long overdue, and his book makes it clear that Ike was indeed a great president. Ike’s insistence on always doing the right thing for the country despite party pressure and personal predilection serves as a valuable model for politicians in all three branches of government. Jim Newton's book should be required reading on Pennsylvania Avenue and Capitol Hill.”
—William S. Sessions 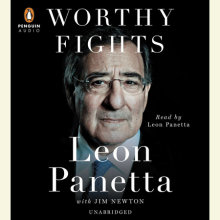