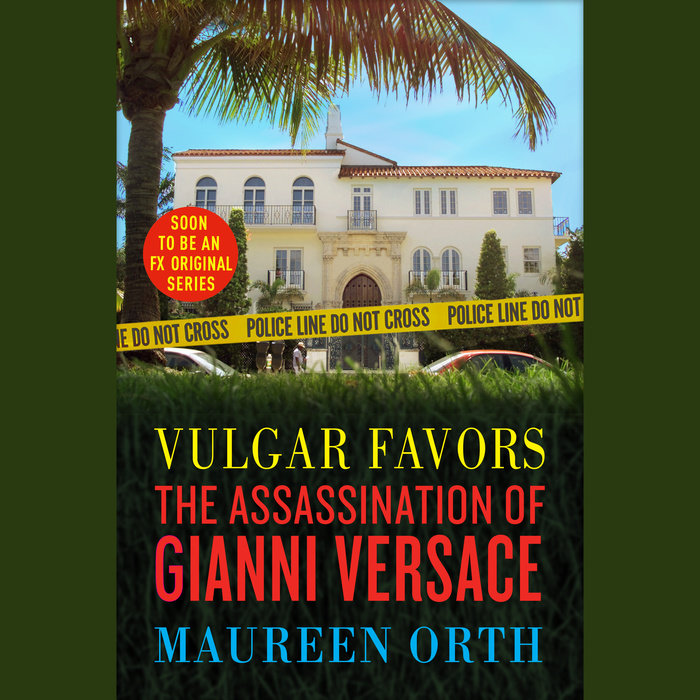 On July 15, 1997, Gianni Versace was shot and killed on the steps of his Miami Beach mansion by serial killer Andrew Cunanan. But months before Versace’s murder, award-winning journalist Maureen Orth was already investigating a major story on Cunanan for Vanity Fair. Culled from interviews with more than four hundred people and insights gleaned from thousands of pages of police reports, Vulgar Favors tells the complete story of Andrew Cunanan, his unwitting victims, and the moneyed world in which they lived . . . and died.

Orth reveals how Cunanan met Versace, and why police and the FBI repeatedly failed to catch him. Here is a gripping odyssey that races across America—from California’s wealthy gay underworld to modest Midwestern homes of families mourning the loss of their sons to South Beach and its unapologetic decadence. Vulgar Favors is at once a masterwork of investigative journalism and a riveting account of a sociopath, his crimes, and the mysteries he left along the way.
Read More
“A fascinatingly detailed account.”—USA Today

“It will hook you from the first page and never let you go.”—San Francisco Chronicle

“Vulgar Favors by Maureen Orth might be called the complete Cunanan. . . . She [has] an indefatigable hunger to know everything.”—Chicago Tribune

“An exceptionally good account of suspected serial killer Andrew Cunanan’s spree in 1997 . . . Orth tells this twisted story with grace and courage.”—Fort Worth Star-Telegram

“The definitive book on the July 15, 1997 murder of Versace.”—Sun-Sentinel

“An exhilarating journalistic chronicle of Cunanan’s crime and flight . . . The book is charged with adrenaline and the pages just seem to turn themselves.”—Lesbian and Gay New York
Read More