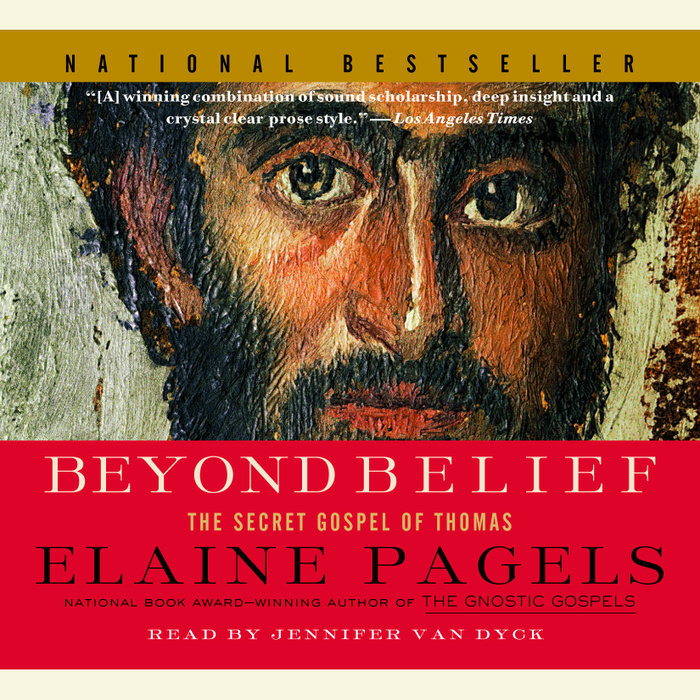 Elaine Pagels, one of the world’s most important writers and thinkers on religion and history, and winner of the National Book Award for her groundbreaking work The Gnostic Gospels, now reflects on what matters most about spiritual and religious exploration in the twenty-first century. This bold new book explores how Christianity began by tracing its earliest texts, including the secret Gospel of Thomas, rediscovered in Egypt in 1945.

When her infant son was diagnosed with fatal pulmonary hypertension, Elaine Pagels’s spiritual and intellectual quest took on a new urgency, leading her to explore historical and archeological sources and to investigate what Jesus and his teachings meant to his followers before the invention of doctrine–and before the invention of Christianity as we know it.

The astonishing discovery of the Gospel of Thomas, along with more than fifty other early Christian texts unknown since antiquity, offers startling clues. Pagels compares such sources as Thomas’s gospel (which claims to give Jesus’ secret teaching, and finds its closest affinities with kabbalah) with the canonic texts to show how Christian leaders chose to include some gospels and exclude others from the collection we have come to know as the New Testament. To stabilize the emerging Christian church in times of devastating persecution, the church fathers constructed the canon, creed, and hierarchy–and, in the process, suppressed many of its spiritual resources.

Drawing on new scholarship–her own, and that of an international group of scholars–that has come to light since the publication in 1979 of The Gnostic Gospels, Pagels shows that what matters about Christianity involves much more than any one set of beliefs. Traditions embodied in Judaism and Christianity can powerfully affect us in heart, mind, and spirit, inspire visions of a new society based on practicing justice and love, even heal and transform us.

Provocative, beautifully written, and moving, Beyond Belief, the most personal of Pagels’s books to date, shows how “the impulse to seek God overflows the narrow banks of a single tradition.” Pagels writes, “What I have come to love in the wealth and diversity of our religious traditions–and the communities that sustain them–is that they offer the testimony of innumerable people to spiritual discovery, encouraging us, in Jesus’ words, to ‘seek, and you shall find.’”
Read More
Praise for Beyond Belief

“This packed, lucid little book belongs to that admirable kind of scholarship in which . . . the exhausting study of ancient fragments of text against the background of an intimate knowledge of religious history can be represented as a spiritual as well as an intellectual exercise.”
–The New York Times Book Review

“With the winning combination of sound scholarship, deep insight and crystal-clear prose style that distinguishes all her work, Pagels portrays the great variety of beliefs, teachings and practices that were found among the earliest Christians.”
–Los Angeles Times

“[An] explosive and, some say, heretical look at the evolution of Christianity.”
–The Atlanta Journal-Constitution

“Elaine Pagels has a gift for bringing ancient Christian texts alive, and for displaying their profound, sometimes startling import for contemporary experience.”
–The Christian Science Monitor

“This luminous and accessible history of early Christian thought offers profound and crucial insights on the nature of God, revelation, and what we mean by religious truth. . . . A source of inspiration and hope.”
–Karen Armstrong, author of A History of God

“A book many readers will treasure for its healing, its good sense, and its permission to think, imagine, and yet believe.”
–Karen King, author of What Is Gnosticism?

“It is as generous as it is rare that a first-rate scholar invites the reader to see and sense how her scholarship and her religious quest became intertwined. Elaine Pagels calls for a generosity of mind as she takes us into the world of those early Christian texts that were left behind but now are with us. Her very tone breathes intellectual and spiritual generosity too rare in academe.” —Krister Stendahl

“A thoughtful and rewarding essay, as we’ve come to expect from Pagels.” —Kirkus Reviews
Read More 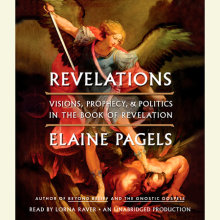 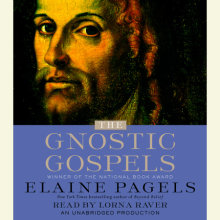