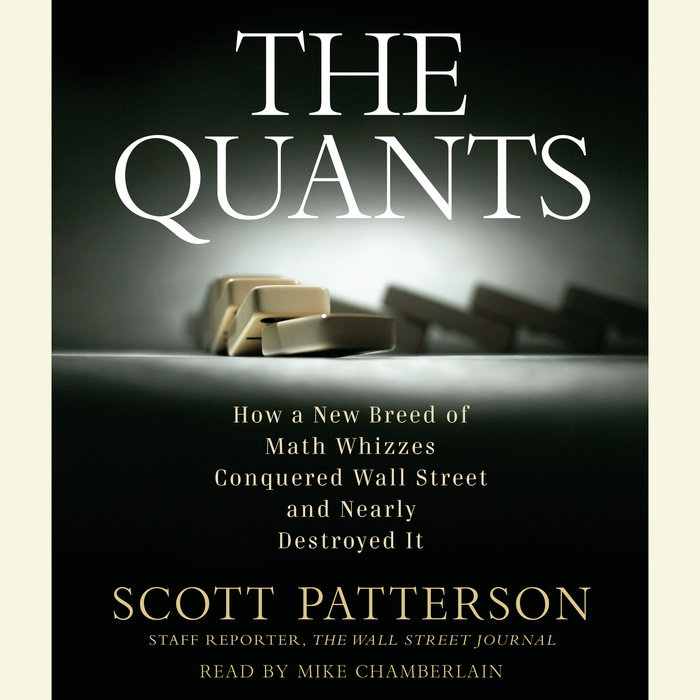 In March 2006, the world’s richest men sipped champagne in an opulent New York hotel. They were preparing to compete in a poker tournament with ­million-dollar stakes. At the card table that night was Peter Muller, who managed a fabulously successful hedge fund called PDT. With him was Ken Griffin, who was the tough-as-nails head of Citadel Investment Group. There, too, were Cliff Asness, the sharp-tongued, mercurial founder of the hedge fund AQR Capital Management, and Boaz Weinstein, chess “life master” and king of the credit-default swap.

Muller, Griffin, Asness, and Weinstein were among the best and brightest of a new breed, the quants. Over the past twenty years, this species of math whiz had usurped the testosterone-fueled, kill-or-be-killed risk takers who’d long been the alpha males of the world’s largest casino. The quants believed that a cocktail of differential calculus, quantum physics, and advanced geometry held the key to reaping riches from the financial markets. And they helped create a digitized money-trading machine that could shift ­billions around the globe with the click of a mouse. Few realized that night, though, that in creating this extraordinary system, men like Muller, Griffin, Asness, and Weinstein had sown the seeds for history’s greatest financial disaster.
Read More
“Scott Patterson has the ability to see things you and I don’t notice. In The Quants he does an admirable job of debunking the myths of black box traders and provides a very entertaining narrative in the process.” --Nassim Nicholas Taleb, New York Times bestselling author of Fooled by Randomness and The Black Swan

“Fascinating and deeply disturbing…Patterson gives faces and personalities to the quants, making their saga accessible and intriguing…[he’s] onto a big story that begs follow-up.” --New York Times

“A riveting account…there are many dramatic moments and a good dose of schadenfreude in Scott Patterson’s THE QUANTS.” --Financial Times

“Read this book if you want to understand how the collapse of the global financial system was at its core a failure of modern financial theory and its most ardent disciples. Patterson is able to gracefully explain the complex ideas underpinning our financial system through an extraordinarily engaging and insightful story.” --Mark Zandi, Chief Economist of Moody’s Economy.com and author of Financial Shock

"Enlightening and enjoyable...Patterson masterfully recounts how brilliant mathematicians and technologists ignored the human element...If you're serious about understanding the financial meltdown, you need to read this book." --David Vise, Pulitzer Prize Winner, author of The Google Story, and Senior Advisor, New Mountain Capital

"A  compelling tale of greed and conceit, The Quants tells the inside story of the Wall Street rocket scientists who could couldn’t resist playing with numbers and nearly blew themselves up.” --Michael J. Panzner, author of Financial Armageddon and When Giants Fail

"The Quants will keep hedge fund managers on the edge of their Aeron chairs, while the rest of us read in horror about their greed and their impact on the wider economy. A gripping tale right until the last page...but I fear this is perhaps not yet the end of the story." --Paul Wilmott, Oxford Ph.D., founding partner of Caissa Capital, and author of Paul Wilmott Introduces Quantitative Finance

“A character-rich tale of how quirky geniuses cut their teeth on gambling, then moved on to the biggest casino of all, Wall Street. From blackjack to black swans, The Quants tells how we got where we are today.” --William Poundstone, author of Fortune’s Formula